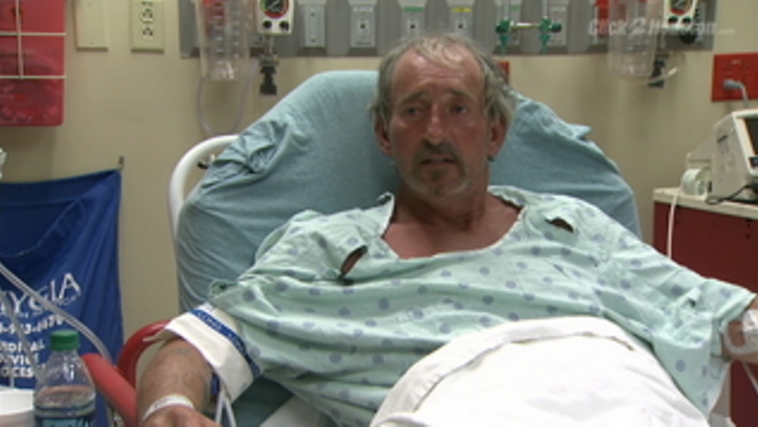 There are few things on this earth more deadly than the vast expanse of the ocean. This deadliness even reaches the inlets and bays along our coasts and in truth, there is no escaping possible oblivion.

Two anglers experienced this first hand this week after a rogue wave swamped and capsized their boat on Galveston Bay on the coast of Texas. The two friends, one of which could not swim, were pitted against the elements in a fight for survival that would take them to their limits.

After a Coast Guard helicopter based in Houston came across the overturned hull of the fishermen’s boat Wednesday, they lowered a rescue swimmer to assess the situation but failed to find either of the friends.

It turns out that after the men were both thrown into the water, one was able to don the only nearby life jacket, and the two starting swimming with no real sense of direction. A short time later the pair came across a cooler from the boat and after splitting the sandwich and water found inside, the man without a life jacket used the cooler as his own flotation device.

Somehow, the men became separated eventually and made their way unknowingly to different oil platforms in the bay. At about 10:30 a.m. on Wednesday, a Coast Guard chopper pilot spotted one of the men on his final pass over the area before returning to refuel.

“Happened to see him waving a shirt at us,” pilot Zach Gross told KHOU News.

A Coast Guard rescue swimmer quickly jumped into the water to save 51-year-old Michael Watkins, who had no idea that his buddy was still alive clinging to another oil platform about a mile away.

When rescuers found Watkins’ friend, Raymond Jacik, he was extremely hypothermic and most likely wouldn’t have made it another night.

“We never gave up on these two gentlemen, and bringing them home safe to their families is what Coast Guardsmen live to do,” said Capt. Brian Penoyer, the commander of Sector Houston-Galveston.

“Especially as the boating season starts, it’s important to remember you may not have time to put on your life jacket in an emergency,” Penoyer said. “We were all very lucky this accident happened where it did and they could climb up on a nearby platform. Check that your life jackets are serviceable, and wear them — it could mean the difference in surviving.”

Both men were reported to be in stable condition.