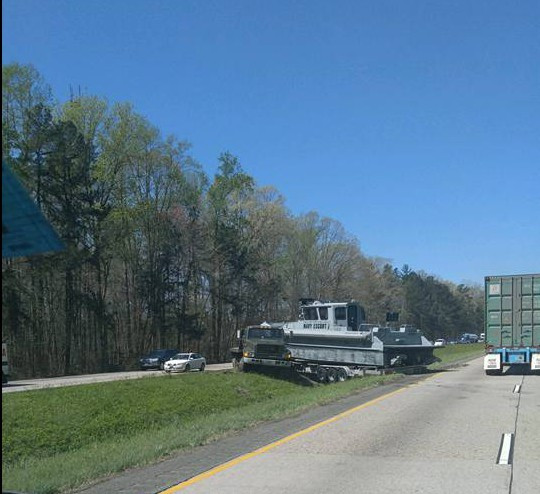 All lanes of westbound traffic on I-64 in James City County were closed for several hours Tuesday due to two separate accident scenes involving small military boats.

Cameras from various vehicles show one boat crashed in the median and another in a ditch on the side of the road.

Both accidents occurred at the same time within one tenth of a mile of each other. According to dispatchers a flatbed carrying one of the boats overturned on the side of the road and sent both the driver and passenger to the hospital with minor injuries, while the other boat down the road jack-knifed in the median. No injuries were reported in the second accident.

Officials haven’t released any other information as of yet.