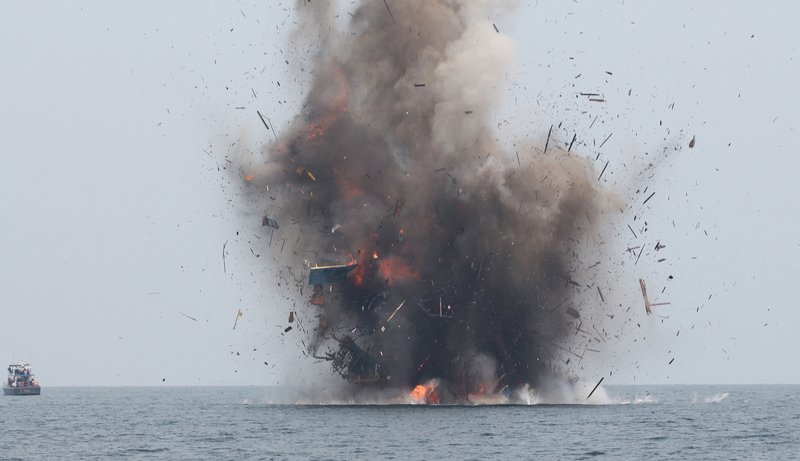 Indonesia has had enough of illegal fishing in their waters. In a clear message to its neighbors in Southeast Asia and the Western Pacific, the navy and police on Tuesday destroyed a reported 23 foreign fishing boats caught poaching in Indonesian waters.

The vessels were sunk in seven different locations around the country all at about the same time.

This aggressive move to show force comes at a time when there is much tension in the South China Sea between nations over the control of islands, mineral rights, and fisheries.

According to Indonesian officials, 13 Vietnamese and 10 Malaysian fishing boats were destroyed Tuesday, but there are only a few of the dozens they claim to have already destroyed.

In 2014 the government passed a law that enabled agencies to seize and destroy vessels caught poaching in national waters and already foreign boats have been caught flying Indonesian flags in an attempt to fool the navy.

Unfortunately it seems that there is no oversight or thought being put into the fact that these destruction of boats is surely a detriment to the waters and marine life in Indonesia and that the continued practice of destroying boats in open water will surely have a negative environmental impact.