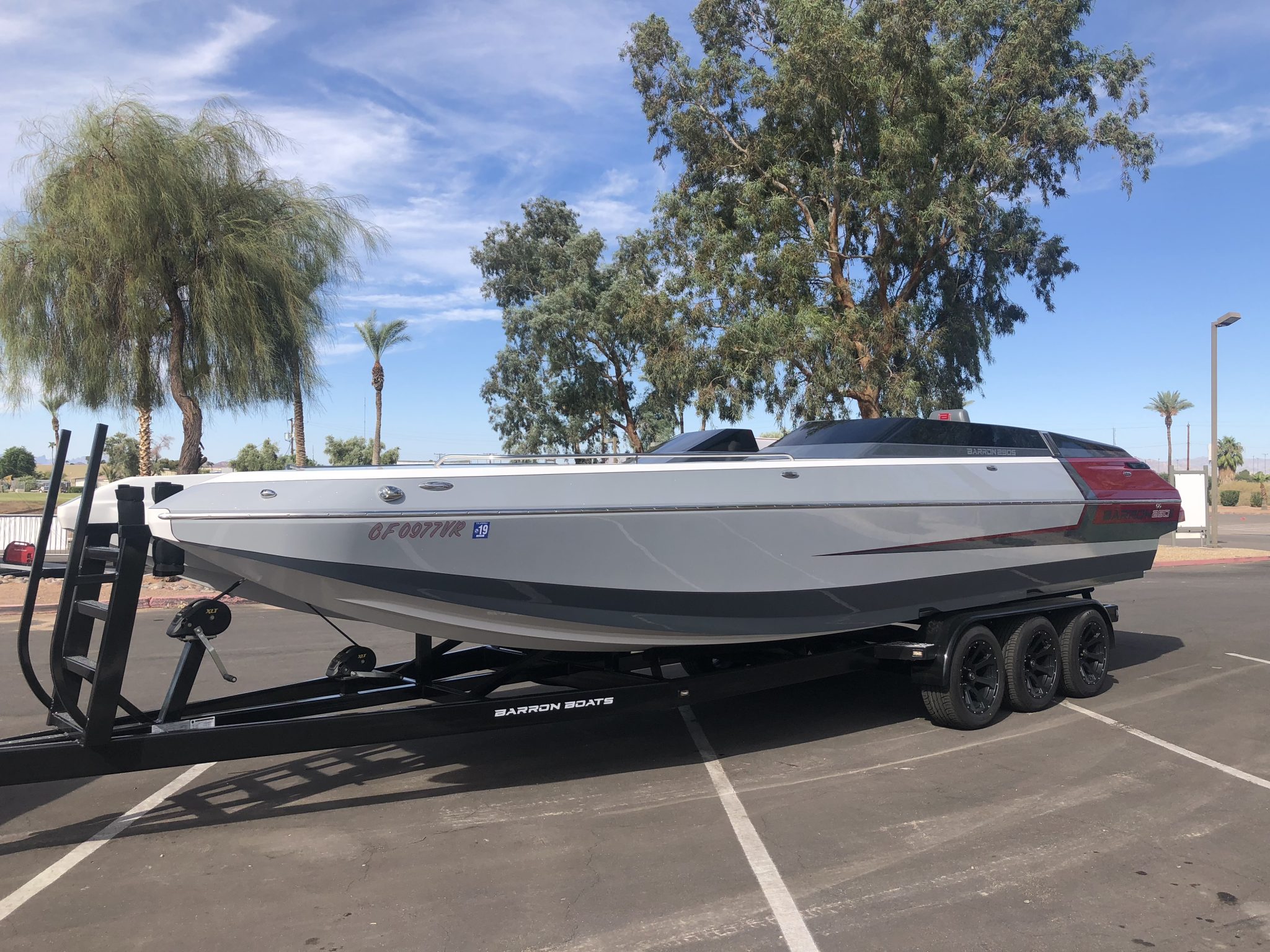 After a 48-year stint at Hallett Boats, Jerry Barron has delivered the first boat—a 290 decker—built under his new Barron Boats banner—to Speedboat Magazine for testing this week on Lake Havasu.

Barron says his new company, which officially launched in March 2018, is planning to have a total of four new models on the market within the next 18 months, including a 30’ center console fish/lake boat and smaller versions of the deck boat and the center console.

The 290 Deck Boat is a center-pod twin-step cat that Barron describes as “a brand new concept that I’ve had on my mind for a few years. When you look at it, you won’t find it similar to anything else out there.”

Barron started by putting his vision on paper, then fleshed out the concept on CAD with assistance from designer Glen Noda. A plug was then built, followed by a mold. And this week, the first Barron 290 hits Lake Havasu for testing by Speedboat Magazine at its annual Performance Evaluations. Two boats have been completed and sold to customers, and a third is currently in the mold.

The new company has the distinct advantage of being led by the son of Nick Barron, who took Hallett Boats to the next level, emphasizing quality at every turn in the production of upscale family lake boats, and changed ski racing forever with Hallett’s 21’ V-drive. Jerry Barron took the reins of the company in the 2000s, and has vowed to preserve his commitment to high quality and performance with Barron Boats.

“I feel like we have a little bit of a head start, being a brand new boat company,” Barron says. “People have been following our progress online, because we’ve been very involved in the social media in order to let people know exactly where we’re at. We’ve got over 1,500 dedicated followers watching every step of what we’ve done along the way, and we’ve come a long way in a very short period of time.”

Barron’s physical plant is in Azusa, CA, at a location he has owned since 1999. “I did a major remodel on the property and was able to do what I consider to be a very classy boat building environment,” he says.

Everything created at Barron Boats is being done 100% in house, from every inch of the upholstery to the design of the seats to the rails that we put in the boat. “Everything that we can physically manufacture is 100 percent tooled and done in house. I wanted total control. Once you see the interior of this thing, you’ll be amazed.”

After testing the 290 on Lake Puddingstone, this week marks the first time a Barron Boat has been water-tested in Lake Havasu. The first boat is powered by a Mercury Racing 540 engine with a Mercury Bravo XR drive with 1:50 gear ratio. “I’m hoping to achieve middle 70s with this package,” Barron says, adding that the boat is designed to accept up to a 700-hp I/O package, or two outboards without any modifications to the transom. 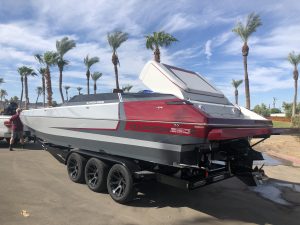 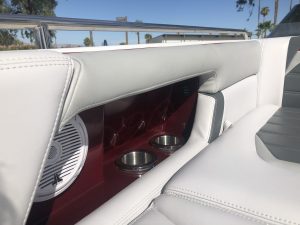 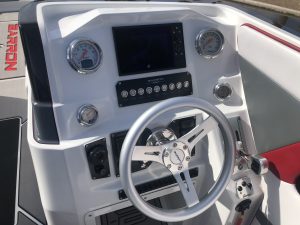 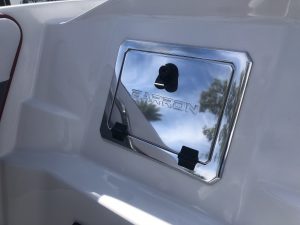 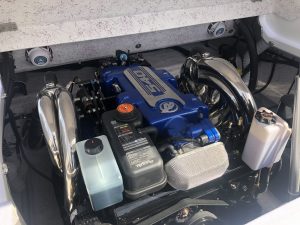 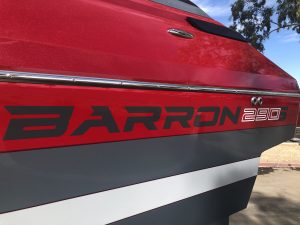