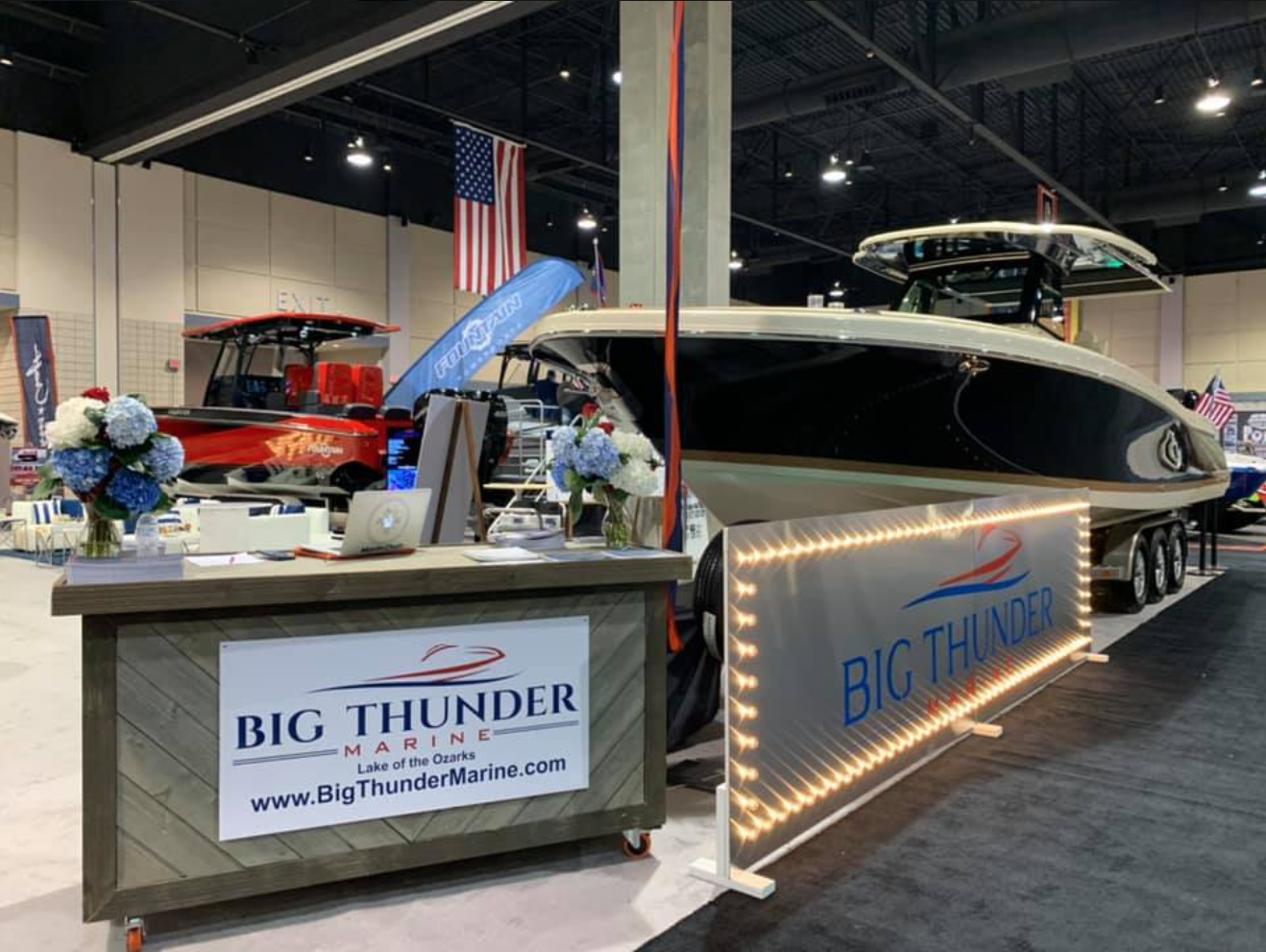 Big Thunder Marine, the mega marine retailer and service center located in Missouri’s Lake of the Ozarks, is now an official dealer of the Chris-Craft line. Big Thunder is a well-known dealer of the Iconic Marine Group brands (Fountain, Donzi, Baja), as well as Statement, Mastercraft and various runabouts, pontoons and more.

According to general manager Jeremy Anderson, the move became official at the recent Overland Park Boat Show, where the Big Thunder Marine booth featured several models in the Chris-Craft line, including a 34 Launch, 31 GT, 35 GT and a 34 Catalina. “It went really well,” he told Powerboat Nation. “We had a huge opening VIP party Thursday night, and it was awesome. There was a huge turnout, and the head guys from Chris-Craft were there. It was a good time.”

Anderson described the Chris-Craft line as “pure class, perfection and art on the water. People don’t buy them for the speed; they buy them for the look. They handle the rough water amazingly well, and their attention to detail is second to none.”

He tells Powerboat Nation that he had been wanting to bring Chris-Craft into the Big Thunder Marine mix for for a couple of years, because “I know that there’s a clientele here at the lake that we were not getting because we don’t have that really high-end product,” he says. “They interviewed a lot of dealers here at the lake—we didn’t just call them up one day and order boats. There was a process on both sides to make sure that we were the right fit for them, and that they were the right fit for us. And I think they are, because we’ve got plenty of customers who have a go-fast boat as well as another boat, such as a cruiser. And on this lake, that could be replaced with a Chris-Craft very easily.”

America’s oldest boat company, Chris-Craft continues to thrive in today’s marketplace. Founders Chris Smith and his brother Henry Smith could not have imagined the path the company would take when they began building rowboats a century and a half ago. They built wooden boats for 80 years—the classic, hand-built mahogany Chris-Craft speedboat was a status benchmark in the 1950s to 1960s. Chris-Craft later became a performance player with the introduction of of the 1970s Chris-Cat, a fast, stable air-trapper that stirred the imagination of the serious recreational boater, and cleaned up at the race course. Produced by Chris-Craft into the early 1980s, the Chris-Cat mold later spawned any number of offshore sport-boat companies, and was the “inspiration” for dozens of hulls.

Today, the name Chris-Craft is synonymous with luxury and style. The lines include the Launch, a series of 23’ to 38’ open-bow luxury vees; the Corsair, a closed bow vee line spanning 27 to 34 feet; the Capri series, a 21’ and 27’ modern interpretation of the 1930s runabouts; the Launch GT series of center-console vees ranging from 25’ to 35’; and the dual-console Calypso series, available in 26’ and 30’. 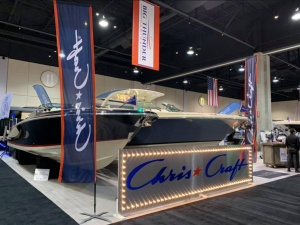 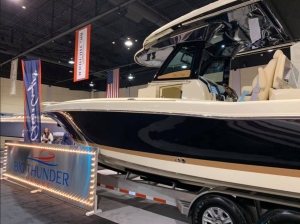 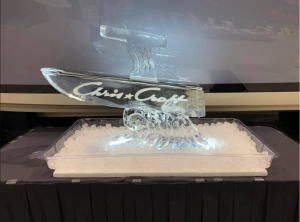 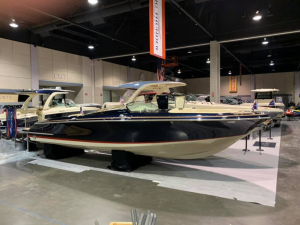