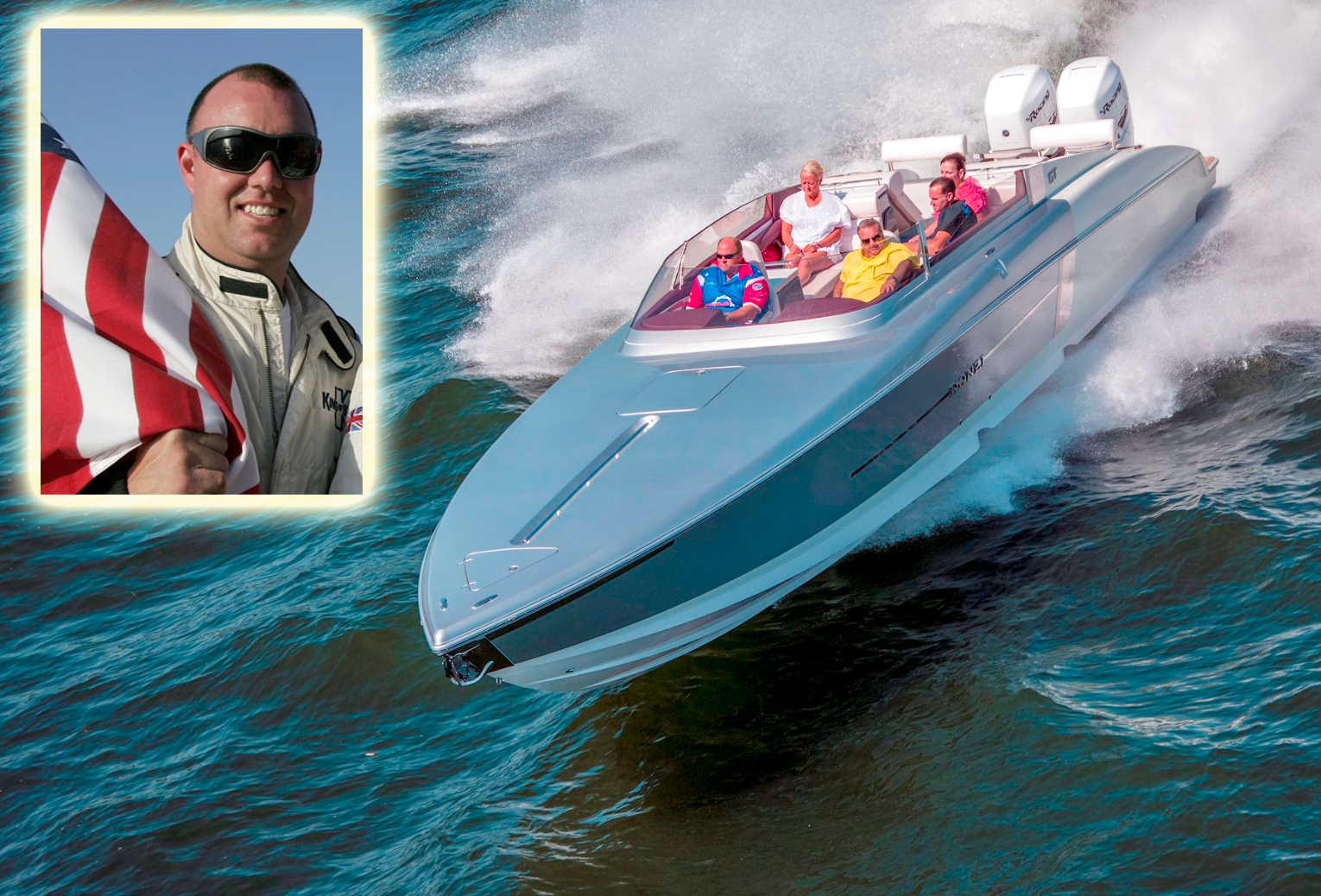 Moore, the company’s new Director of High Performance Sales,  throttled the #18 CT Marine hull in last year’s Super Boat International circuit, and most recently drove Fountain’s new outboard-powered 32′ Thunder Cat at the Lake of the Ozarks Shootout, winning his class.  “We basically finalized everything a few days before the Shootout,” Moore says, “and I think that kind of helped solidify the deal.”

In addition to handling Iconic’s three performance lines (Fountain, Donzi and Baja), Moore will head up special projects, such as the testing and tuning of prototypes. He’ll also work with existing dealers, and signing and setting up new ones. Aside from his R&D responsibilities, Moore will provide special orientation to any dealers or customers who may not have much experience running the performance boats. “That way, everybody feels comfortable,” he says. Moore is also toying with the idea of creating a performance driving school through Iconic that would provide customers with the proper skill sets and what the boats’ capabilities are.

Iconic’s Chief Operating Officer Joe Curran told Powerboat Nation that Billy’s father Bobby gave Curran his very first ride in a cat more than 20 years ago, and that Billy worked with Iconic in the development of the company’s kilo boat.

“We’ve spent a lot of time with Billy, and I’ve gotten to know him really well,” Curran says. “He’s a good addition to the team, and as we continue to develop more of the performance products, we wanted him involved on the sales side. He’s got a great personality. He knows a lot of people in the performance world, and he brings a wealth of knowledge in real-world rigging and setup and everything else—along with his ability to frankly, show people how to run them. We’re happy to have him on board.”

One of Iconic’s current projects is testing its Donzi 41GT with triple outboards. “The boat was originally set up for twins,” Moore says. “It’s pretty quick with twins as it is with twin 400s—I’ve been in the boat myself at 68 mph, and that was with a pretty good fuel load and a bunch of people onboard. It’s the type of boat where guys want to be able to run fast, but at the same time, it needs to be able to cruise at a nice, comfortable speed.”

Top speed with triple 400s will likely be in the upper 70s, he says. “Most of the center-console style boats are running mid to upper 70s with triples. So if there’s a customers who wants something a little different than a center console, the 41GT is a similar size with similar speeds.”

Moore said Iconic will be at the Fort Lauderdale Boat Show (Oct. 31 to Nov. 4) with the Donzi 41GT, as well as Fountain’s 32 outboard cat and its new 39 NX center console.