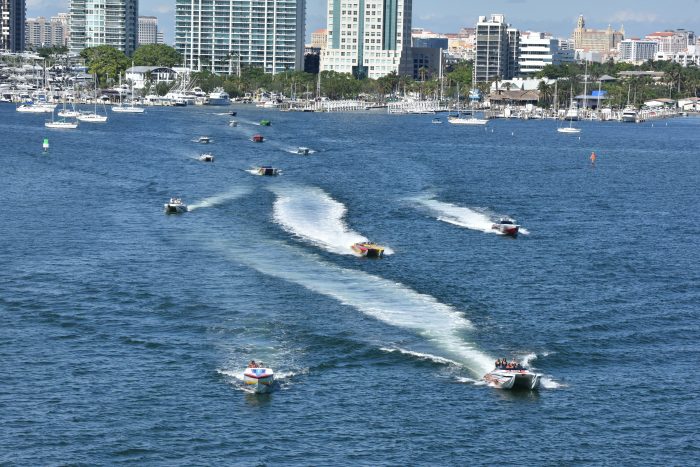 As Powerboat Nation reported last week, Stu Jones of the Florida Powerboat Club is preparing to take some of his members to the Bahamas Sept. 28-30 for the latest Bimini Blast event. At the same time, he is recruiting an additional 40-50 participants to the group’s 26th Annual Key West Offshore Poker Run, slated for Nov. 6-12.

The Key West event, which is available for pre-registration only, has already attracted about 120 boats, with room for about 40-50 more to sign up before the limit is reached. “It’s filling up fast,” says Jones, the group’s intrepid leader. “It’s our biggest event, and all of the leading manufacturers are represented as sponsors. It’s a pretty big deal for us.”

The seven-day format, which allows for multiple departures on Wednesday and Thursday, will take participants from Miami to the Southernmost city to observe the Super Boat Offshore World Championship races on Friday and Sunday.

According to Jones, the Key West poker run typically attracts between 25% and 35% of newcomer participation. “That’s simply because it’s what I like to call a ‘bucket list’ poker run,” he says. “Regardless of how far people have to travel, this event is on their list. They trailer in from as far away as California or Washington or even Canada—people are literally traversing the continent to come to Florida to do this event.”

Meanwhile, Jones reports on the success of his summer Emerald Coast Poker Run, which helped raise around $70,000 to benefit three main charities:

• Alaqua Animal Refuge, a no-kill facility located on a sprawling and bucolic 10-acre farm in Freeport, FL, committed to providing protection, shelter and care to animals in need.

• Fisher House of the Emerald Coast, a nonprofit that provides free housing for military families while a service member undergoes medical treatment; families can stay as long and as often as they need.

• Food for Thought Outreach, an organization delivers about 3,000 meals a week to lower income families in the Okaloosa County area (which is where FPC staged the event).

Stu Jones has been associated with the Emerald Coast Poker Run for more than 15 years, but hearing him tell the story of the event’s metamorphosis is a genuine eye-opener—a tale rife with local politics. Originally, he ran the event in a partnership with another organization. But when the two factions began to work at cross purposes—FPC being more of an elite, VIP group—Jones ended the alliance and started fresh, with full control over registrations, course, checkpoints, safety, etc.

“It was tremendously unsafe,” he says about how the event had transformed before breaking away. “They had a lot of slower boats; there were some close calls and a couple of accidents. There were a lot of unhappy people, and some overcrowded parties, and it created a lot of issues. The complaints were coming in rapidly—I felt like I had a mutiny on my hands. So I sent out a very detailed survey to everybody, and more than half of the people replied. Their answers were pretty much unanimous: Run your own event, keep it upscale and do it on a weekend when it’s not so busy.”

So Jones relaunched the event, seized full control and moved the date to a week later. His first order of business was classing up the format and implementing strict safety guidelines. “I charged a little bit more for it; I got 90 boats to register, got a lot of sponsors and a lot of people happy to make donations for the event. It was one of the biggest challenges in my career, dealing with this whole situation, but I fought through it. We’ve moved forward, and we’re happy with the outcome.”

Some photos from the 2018 Emerald Coast Poker Run: 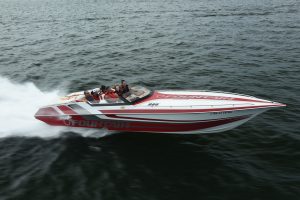 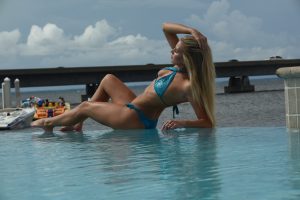 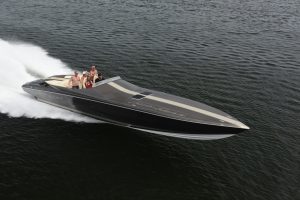 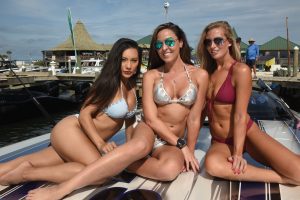 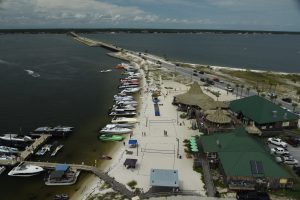 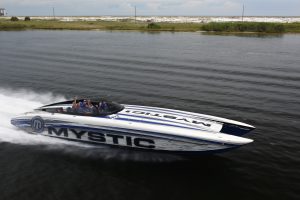 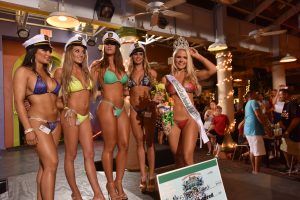 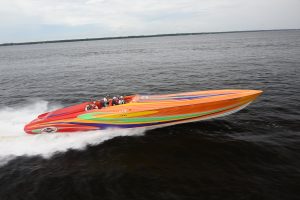