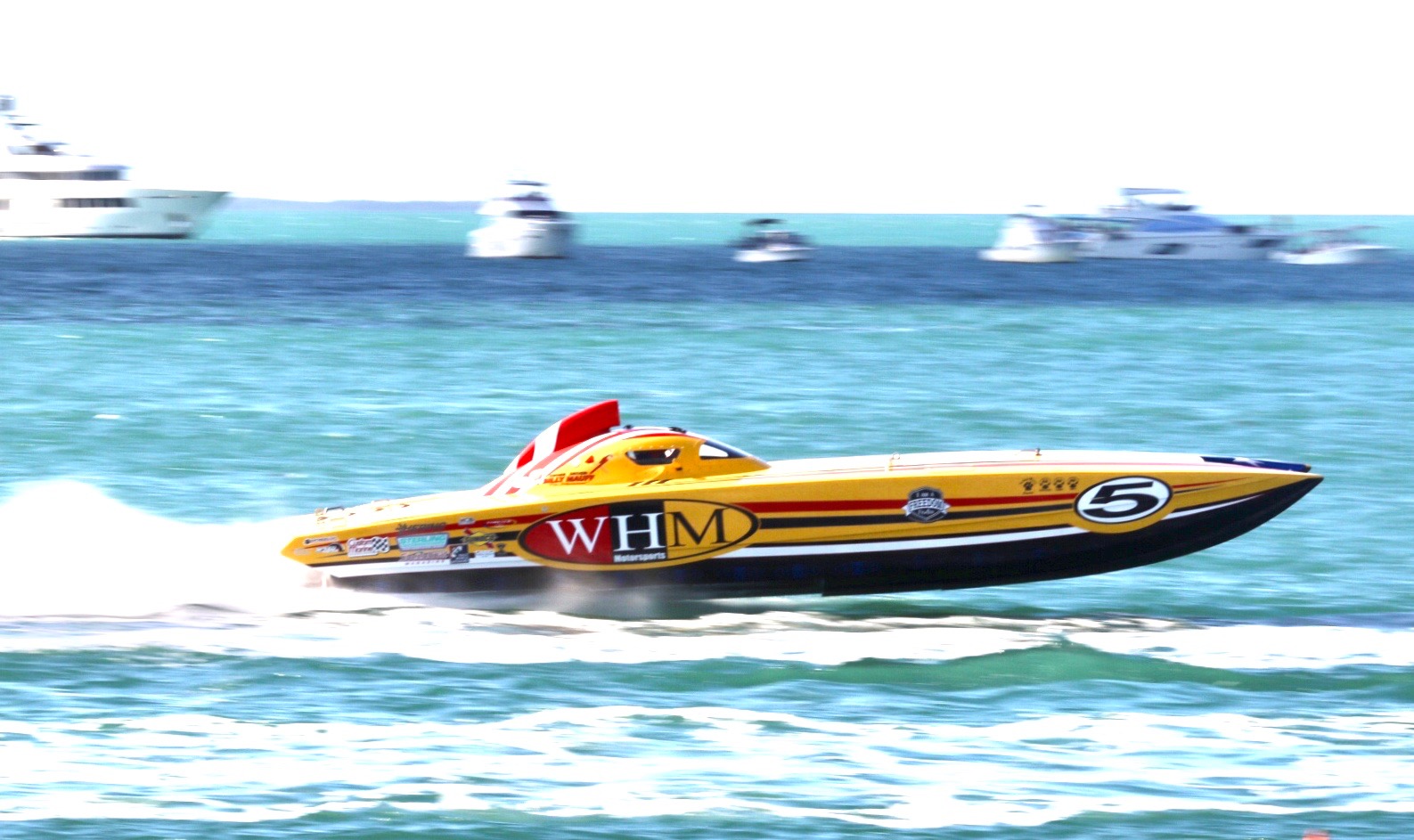 Billy Mauff and Jay Muller in WHM Motorsports are unofficially the Offshore World Champions in Super Cat class as the third day of Race World Offshore competition came to a close in Key West in Sunday.

The team stayed out in front for most of Sunday’s race before being overtaken in the final laps by both the New Zealand team of Wayne Valder and Grant Bruggemann in Pro-Floors Racing and Tyson Garvin and Tyler Miller in M-CON, who finished first and second, respectively. But WHM didn’t need to win Sunday’s race—they had enough points from earlier in the week to capture the world title. Pro-Floors wound up with a second overall finish; M-CON, third overall.

It was a heartbreaking day for Super Cat competitors Charles Broaddus and Chris Hanley in Broadco, who had finished second on Wednesday and won their class on Friday. They dropped out of Sunday’s competition about halfway through the race, while early contender Dependable also dropped out with a mechanical issue. Performance Boat Center/Jimmy John’s finished in fourth place.

Three teams jockeyed for the first-place position in Super Stock class for the first couple of laps. First it was FJ Propeller, then Performance Boat Center/Auto Alert, and then finally CR Racing. Rob Unnerstall and Casey Boaz in CR Racing prevailed, managing to hold off the other six competitors to earn the checkered flag and the World Championship in the class. Nick Scafidi and Scott Porta in Shadow Pirate finished only seconds behind them, with Myrick Coil and Rusty Williams in Performance Boat Center/Auto Alert maintaining a third-place position—the same spot they earned in the first two days of racing. Rounding out the finishers were Paint Factory, FJ Propeller, Coco’s Monkey and Curry Refrigeration.

Sunday’s event kicked off with bracket class racing that featured mostly competitors running unopposed, following the pattern set by the previously days’ racing. The only real drama came in Bracket Class 4, which pitted SimmonsMarine.com (the winner on Wednesday and Friday) against Team Octane. The two boats traded the first-place position until Octane suffered a mechanical issue in the final lap, handing the win to Jim Simmons and Jason Zolecki of SimmonsMarine.com.