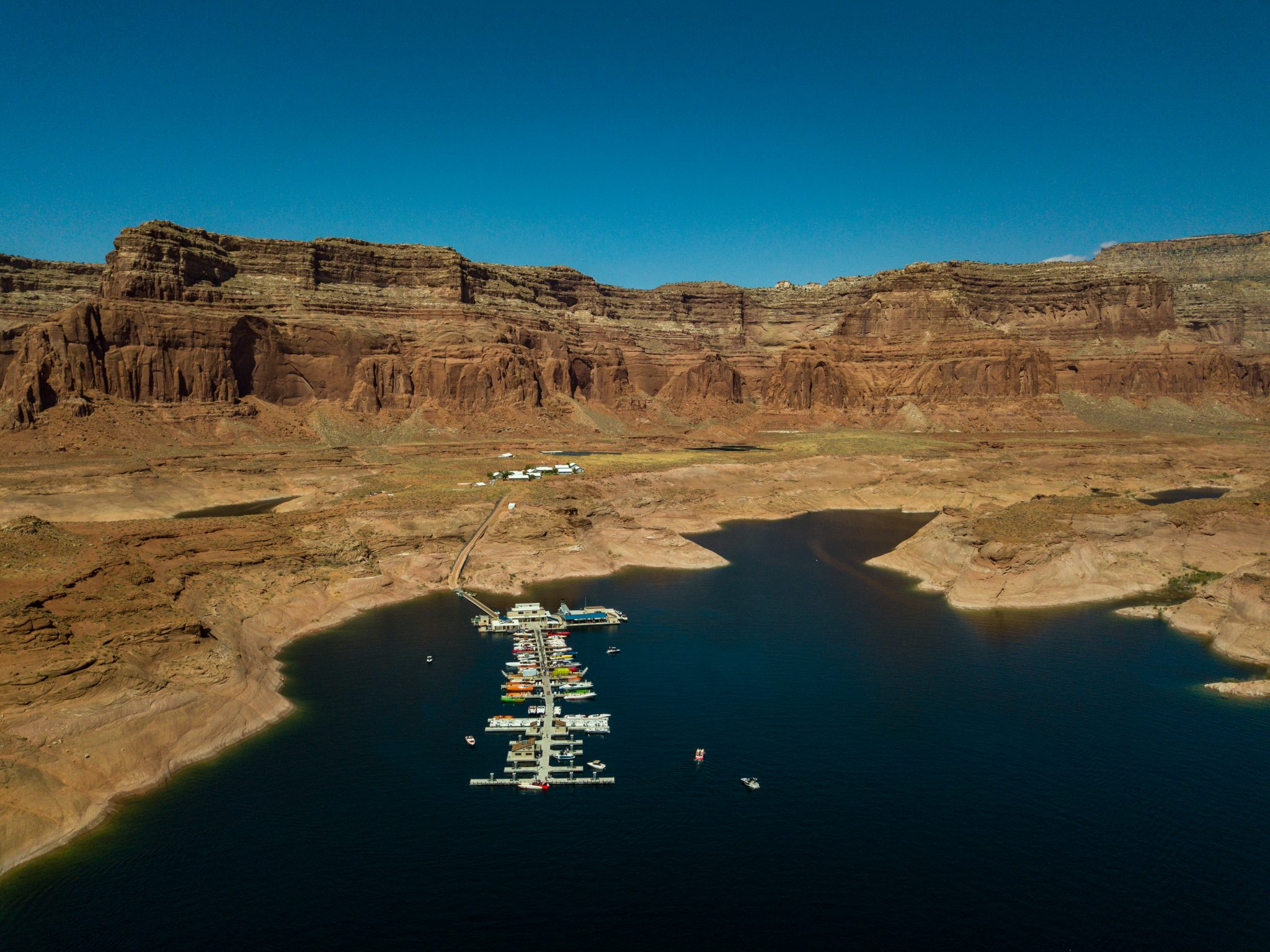 The 2018 Lake Powell Challenge was “definitely the largest we’ve ever had so far,” according to event producer Burl Griswold. “And it was also one of the best—everything went exceptionally well.” Indeed, the event helped raise in excess of $620,000 for charity this year.

Now in its tenth year, the Challenge is headquartered at Antelope Point Marina in Page, AZ, and comprises stops across both Arizona and Utah. The event raises money toward finding a cure for Type 1 Diabetes, with proceeds going to the Mountain Valley chapter of JDRF (Juvenile Diabetes Research Foundation).

The Sept. 13-16 run began at the marina and took participants through Wahweap Bay and the Castle Rock Cut to the second stop, Warm Creek (a charming bay with beaches and coves), and then to either Face Canyon (about 22 miles up lake) or to the mouth of the Escalante River (about 69 miles up river) for the third stop. Next up was Dangling Rope Marina (stop #4), followed by the mouth of Last Chance Canyon (stop #5); a “bonus card stop” was at Lone Rock Beach, back toward Wahweap Bay, where burgers and hot dogs were grilled for lunch. “A lot of people beached their boats, got out and mingled,” Griswold says.

He tells Powerboat Nation that feedback from participants was typically enthusiastic. “I didn’t hear a lot of complaints from anybody,” he chuckles. “People seemed to have a blast at Saturday’s poker run—they absolutely loved it. And everything just went smoothly, even down to little things, like how easily the flow of boats left the marina with the pace boats.”

Following the poker run, folks returned to the marina and prepared for the famous auction, where numerous lucrative items have been donated—and which routinely fetch the big bucks for the charity.

“I am in absolute amazement over the money we raised,” Griswold reports. “My jaw was dropped at the end of that night. Being involved in this kind of fundraising is one of the proudest things I do all year. I always say, this is a charity first, and a poker run second, and I think a lot of people agree with that.”

Numerous individuals went above and beyond this year in amassing the whopping sum; here are just a few:

• George Argyros, who was profiled in the March 2018 issue of Speedboat Magazine. “He has been with us forever,” Griswold says.

• Dave Magoo, owner of the DCB M35 Bananas. “They really stepped up this year,” Griswold says of the M35 owners. “Their contribution to the auction was huge.”

• Tony Chiaramonte and the team from DCB Performance Boats.

• Mark Schouten, who owns the 43′ MTI El Gato Patrón. “He’s a big player and a de facto salesman for our run,” Griswold says. “He’s gotten a lot of people to come up here and experience the Lake Powell Challenge.”

As with last year, one of the coolest auction items was a custom “header chair” designed and built by Adrian Barrett of Lake Havasu City, AZ-based service center Barrett Custom Marine. The “700” chair from last year was re-auctioned again this year, according to Griswold, and the new “1350” chair was won by Eric Anderson.
The poker run was won by Lawrence Coelho of of Tulare, CA, owner of the 28′ DCB Rapid Rabbit.

Griswold gives special thanks to event coordinator Megan Bobroski: “She organized all of the details and makes me look good,” he says. “And none of this would be possible without the help of the staff here at the marina. They take it to the next level, and they treat this as something more than a normal, everyday piece of work. They look forward to it and they step up to an extra effort that goes above and beyond what they’re paid in order to make this event work.”