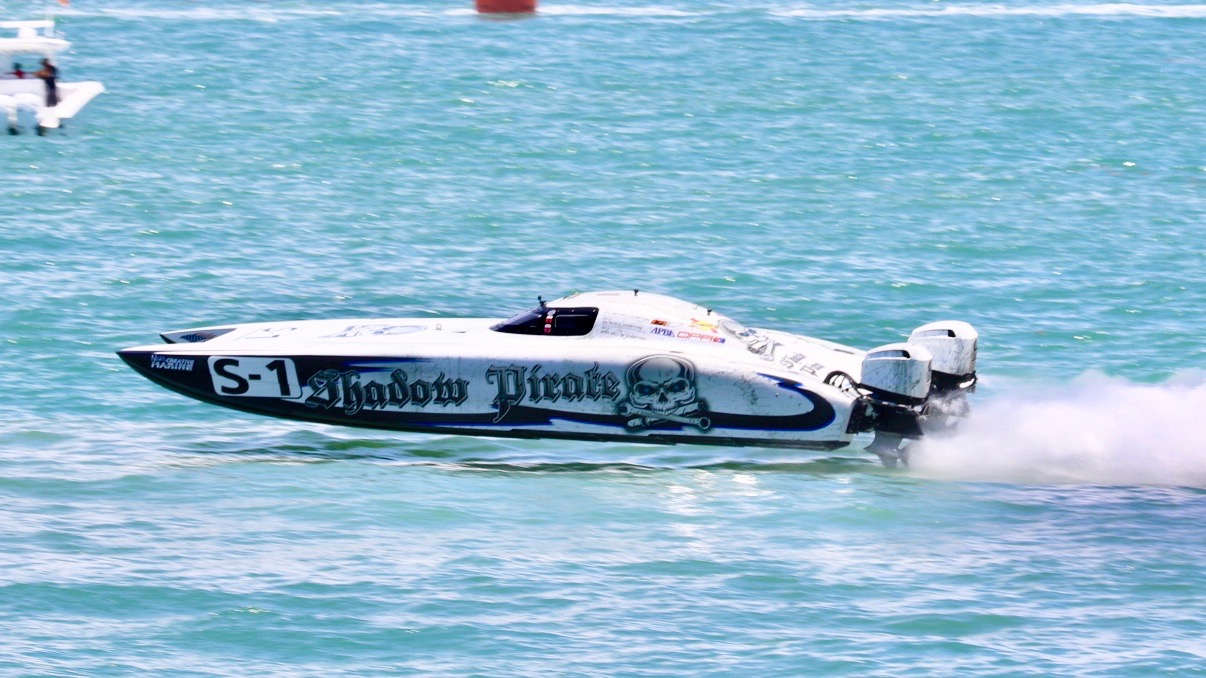 Cats and vees mixed it up in Cocoa Beach for the second of four races in OPA/P1’s first meet of 2019. More than 20 competitors in Pro Stock Vee, Super Vee Extreme (SVX) and Super Stock classes converged on the Atlantic Ocean, with Travis Pastrana—leader of the popular extreme sports extravaganza Nitro Circus—racing in #1 JRA Boat Sales in SVX Class.

Exciting Pro Stock Vee competition saw LSB Hurricane of Awesomeness/RevX Oil battling for the lead with Fast Boys, and then Fast Boys battling for second with Play It Again and Done Deal. LSB held on to its lead for the win.

In SVX class, Marker 17 Marine took an early lead, with Boatfloater and Sheriff Lobo close behind. The #17 boat finished first and was named the unofficial winner in SVX class. However, OPA/P1 later ruled that because the Marker 17 Marine Outerlimits has multiple steps on the hull, it failed to add weight to the boat to achieve parity, according to OPA rules. Boatfloater was then named the official winner of SVX class.. 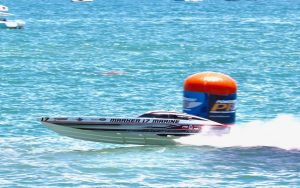 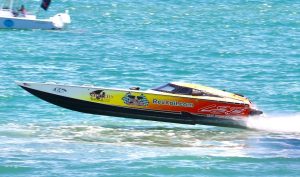