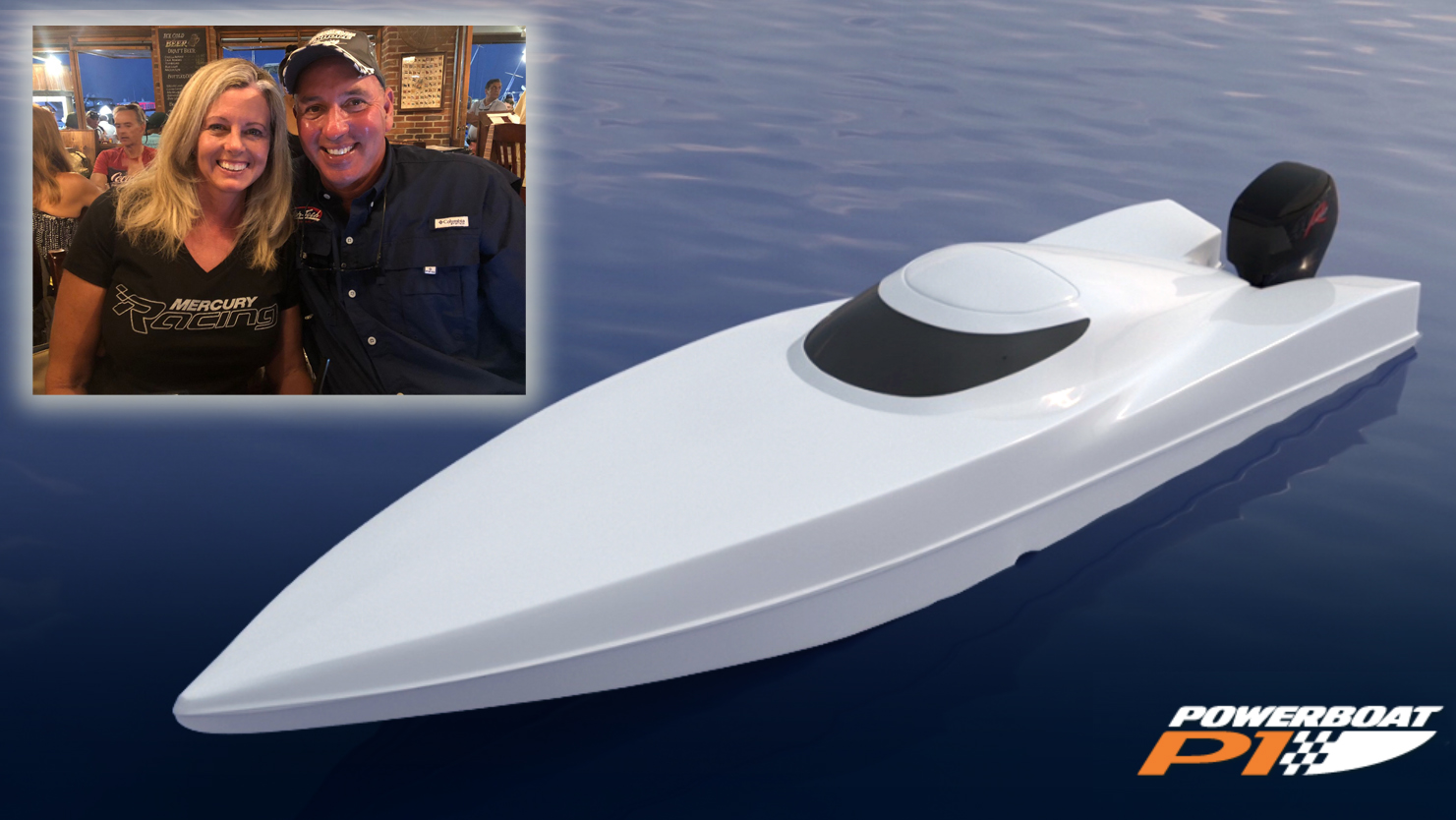 The husband-and-wife offshore race team of Craig and Cynthia Belfatto—each of whom got a chance to throttle the Two Cruel competitor in last year’s world champion-winning Superboat series in Production 4 class—have announced plans to race the new canopy boat in the 2019 Powerboat P1 series.

As previously reported by Powerboat Nation, the P1 Panther powerboat—which is at the heart of the P1 SuperStock one-design race series—has been redesigned and exhaustively tested in preparation for a full-scale offshore competition battle this season. The new carbon hulls will now be powered by the 300R V-8 outboards from Mercury Racing. Work on the revised hull was spearheaded by Wilson Custom Composites, whose owner, Craig Wilson, has almost 20 years of racing experience. The boat, officially called the P1 Panther28R, has been fitted with a closed canopy, and is about to undergo sea trials, according to Martin Sanborn, who was one of the lead developers of the original P1 Panther series eight years ago.

Craig Belfatto, who is a veteran of various offshore racing circuits (including Powerboat P1), told PBN that he is positively stoked about driving the new boat, with wife Cynthia throttling, when the 2019 season kicks off. “We’ll definitely do all of the P1 Florida races—Kissimmee, Cocoa Beach, St. Pete and Sarasota,” he says. “We would love to race the boat in OPA at Lake Michigan and Point Pleasant. Right now, there’s really no OPA-specific class we can run in, because we’ve got a 30-foot boat with 300 hp. We can’t really compete against a 30-foot Phantom that has 850 hp, or against a 40′ Fountain. There’s no way. So they’re trying to find an outboard class we can fit into.”

Sanborn elaborated on some of the changes to the new hull: “It’s going to be a full fly-by-wire boat now—no more mechanical controls,” he said. “It’s got full DTS controls up in the front, and it’s set up with the Verado power steering system. It now has the capacity to go back and forth just like it did before, for a driver and a throttleman. The other significant drivability/performance upgrade is that we’ve added Livorsi 1050 trim tabs to the boat as well.”

The Powerboat P1 season kicks off in Kissimmee/St. Cloud, FL (May 11), followed by Cocoa Beach (May 18-19), St. Petersburg (June 15-16) and Sarasota (July 6-7). Another venue may be added in the foreseeable future. This year’s P1 season features a partnership with OPA, as both organizations come together to create the new APBA Offshore Championship Series.