DCB is on a roll and we don’t know when they’ll stop. You’d think we’d be tired of singing their praises after covering their stunning new ebony M41 widebody they just delivered and going in depth with a DCB rep into the fine details and bells/whistles of their M29 series. But they keep plugging along with new deliveries that never fail to impress.

Next in line for delivery is DCB’s most powerful M29 to date. Loaded with a pair of 825 HP TCM engines, the open-bow 29 ft. cat should be field tested and ready to hit the water in a couple weeks at its new home in Wyoming. 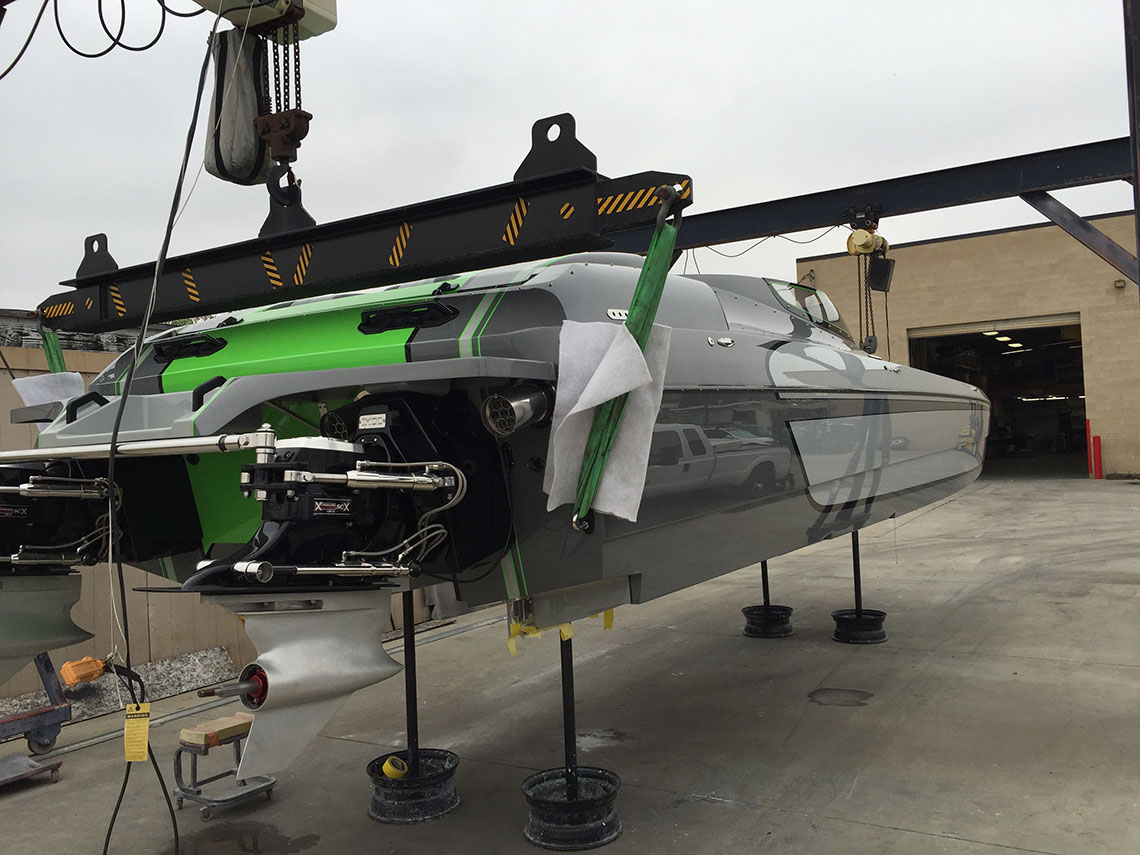 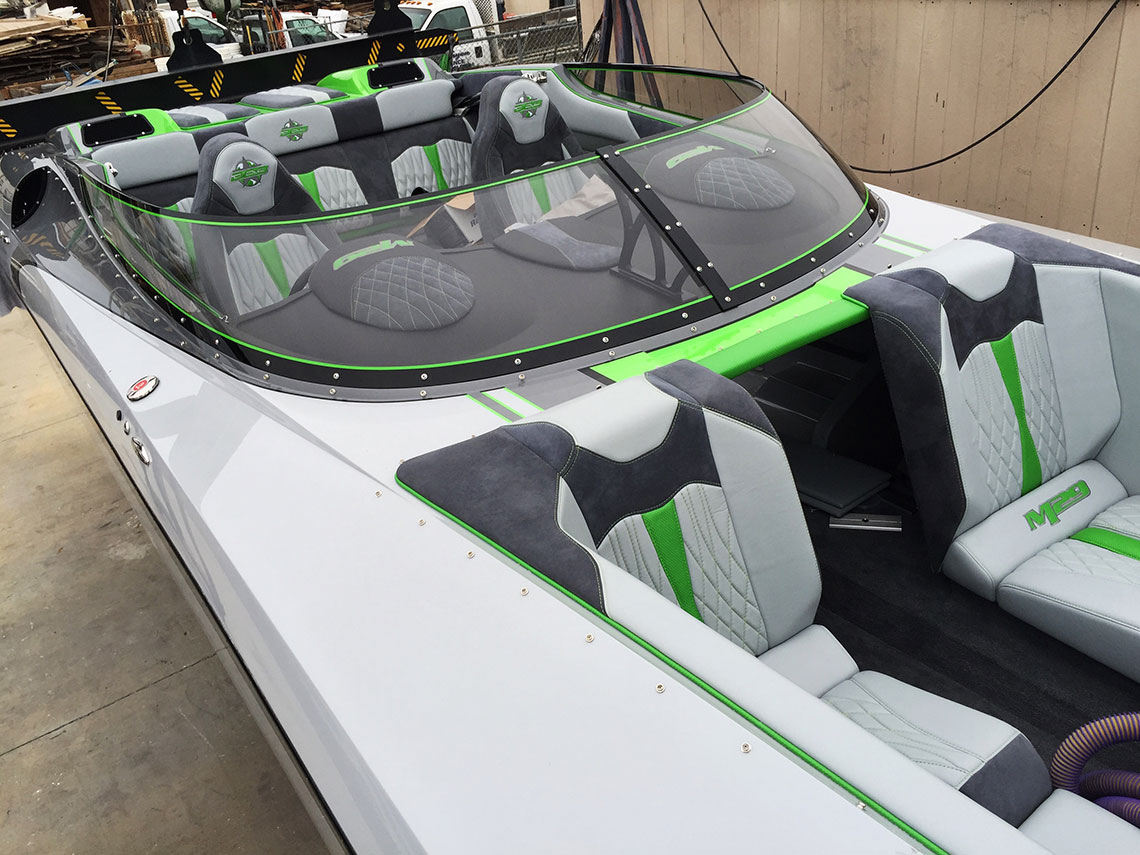 Following that delivery is a twofer: Preston Woolery of Horizon Watersports is eagerly awaiting the rigging of his two new M31 widebodies with twin Merc 700SCi engines. The first, a 31 foot red and black beast is scheduled for a late August delivery. Woolery said he’s already had interested buyers contact him, so if you want to beat them to the punch give him a call at 928-855-9555. The second is a two-tone white and black beauty fresh out the mold. There’s still time to customize the dash and interior options on this one so don’t hesitate. 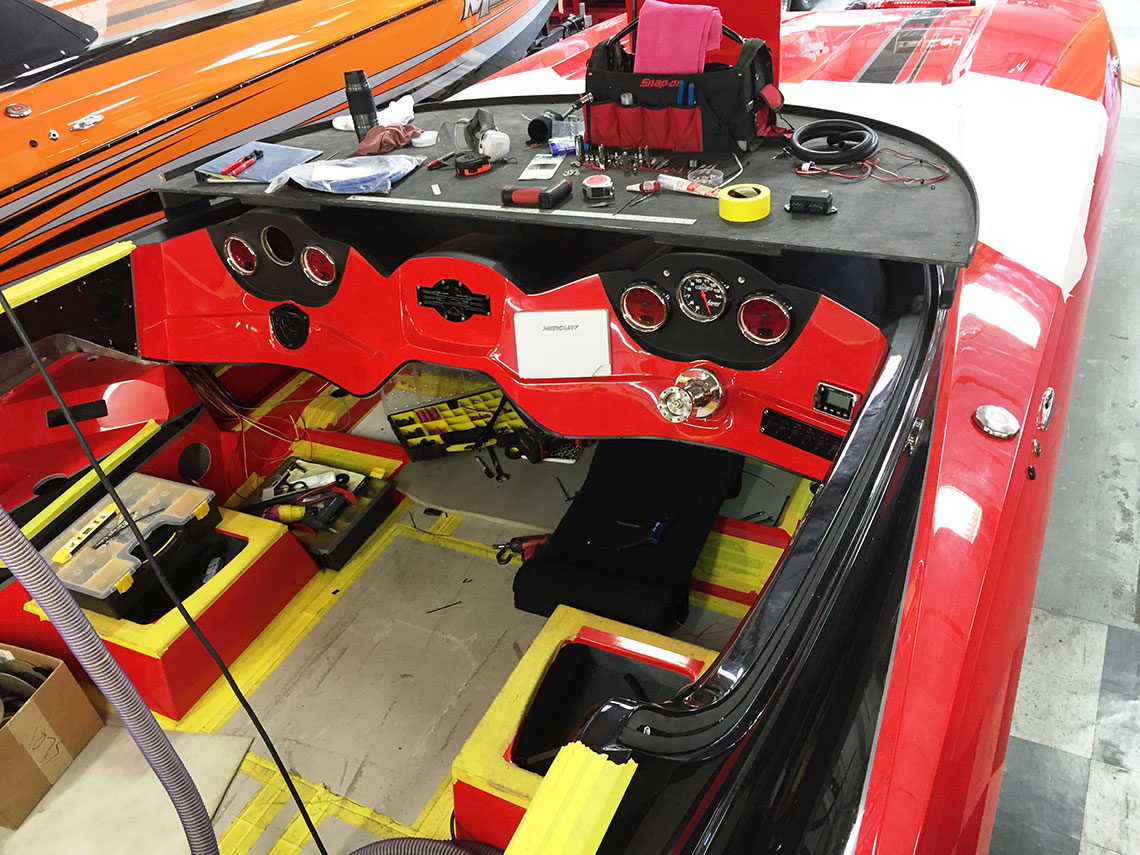 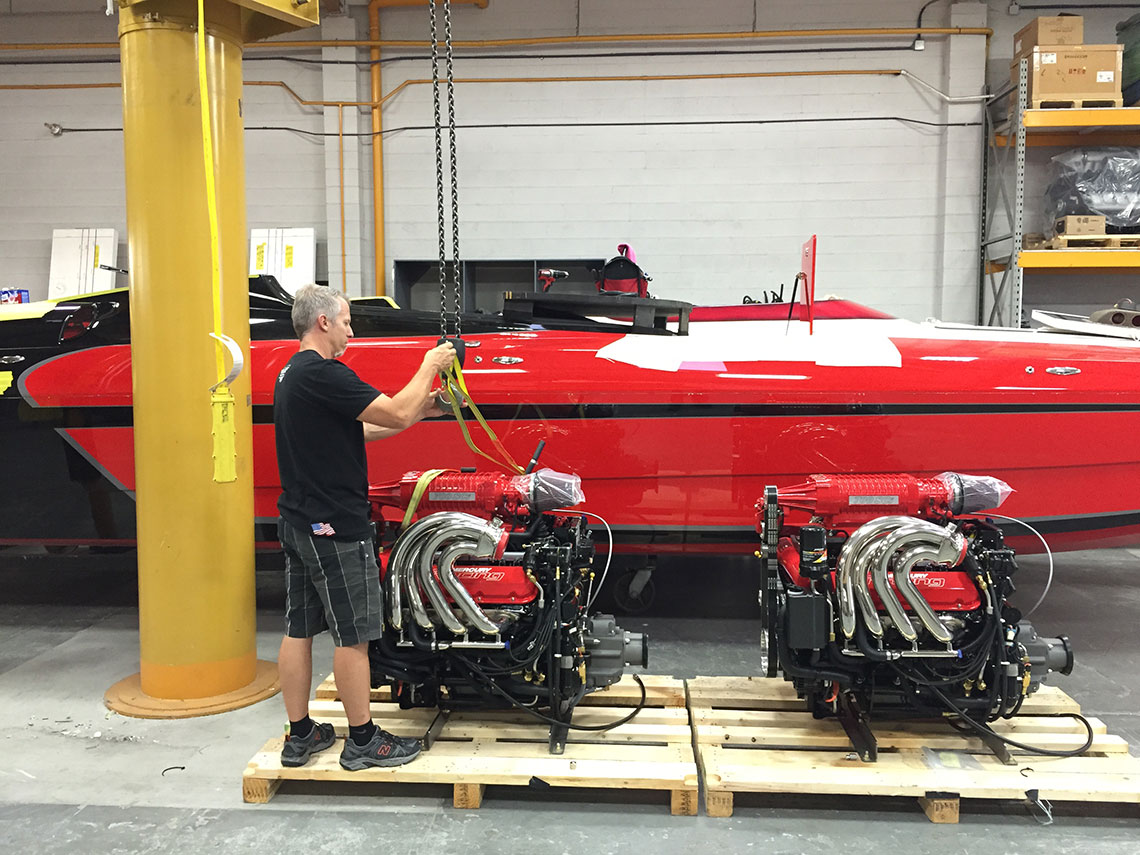 Last but certainly not least is a new M35 widebody in the cut and buff stage, supplemented with two Merc 1100 engines. The new owner in Alabama should expect delivery in about 8 to 10 weeks and will probably be the envy of the water with its stunner of a blue shade/yellow-black pinstripe combo.

We’re eager to see what else they in store. It’s almost like they top themselves with each new incarnation, which you’d think would be an impossible task. But for DCB that seems like just another day at work keeping their customers happy and on the water.