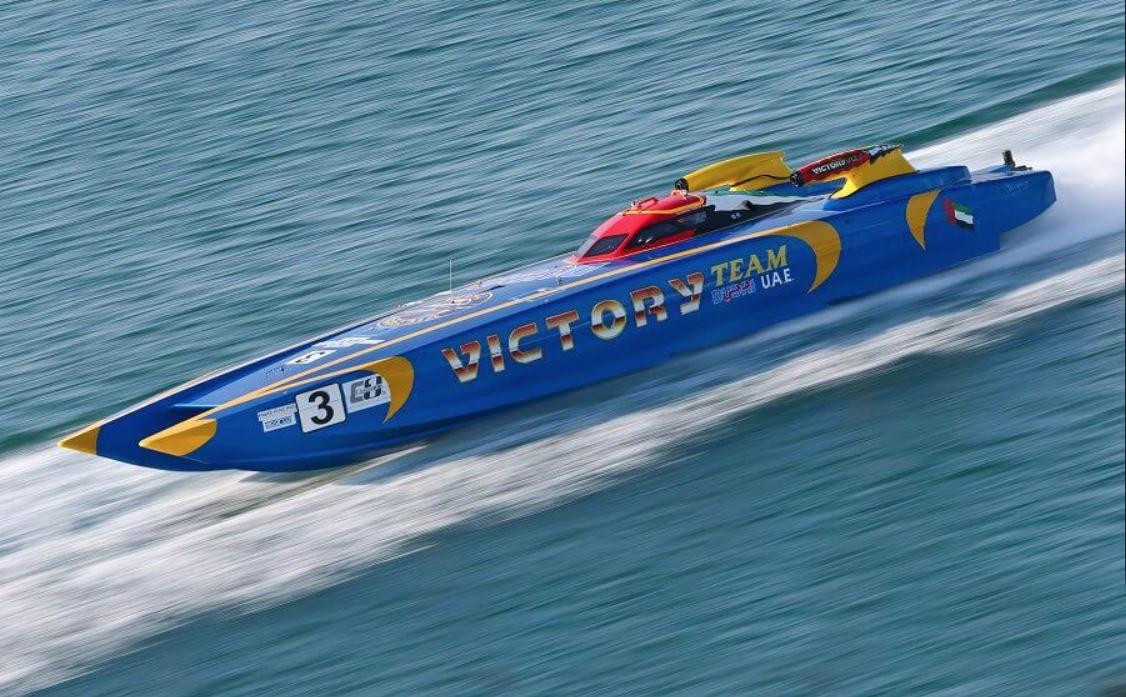 The Victory team of Salem Al Adidi and Eisa Al Ali took the early lead and stayed way ahead for the remainder of the race to take the win. Team 222 Offshore, piloted by Darren Nicholson and Giovanni Carpitella, came in second. The Miss Geico team of driver James Sheppard and throttleman Steve Curtis (who took the win at last month’s race in Cocoa Beach, FL) finished third, after coming off plane with an apparent mechanical issue.

It was the last of five races on Saturday, capping off OPA/P1’s second stop on its six-race season.