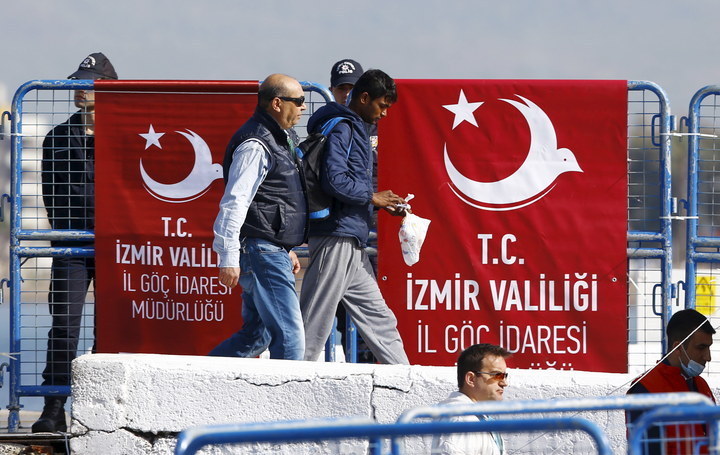 Monday morning marks the first of many migrant deportations to come as two boats left the Greek island of Lesbos and arrived in Dikili in western Turkey.

The EU’s border agency has reported that most of the 131 people being deported were from Pakistan.

Another 202 migrants are expected to be deported later today from the island of Chios.

The deal states that Migrants in Greece will be sent back to Turkey if they do not apply for asylum or if their claim is rejected.

Also a major part of the deal, the EU has agreed that for every Syrian returned to Turkey, they will resettle one that has been found to be a genuine refugee.

NGOs and charities have condemned the plan calling it “legally flawed” and “inhumane.”

About 4,000 migrants and refugees have been detained on the Greek islands since the agreement was put into effect on March, 20th.

It is believed that the agencies involved have only one-tenth the staff required to implement such a plan.

We will keep you updated with the details as they emerge.