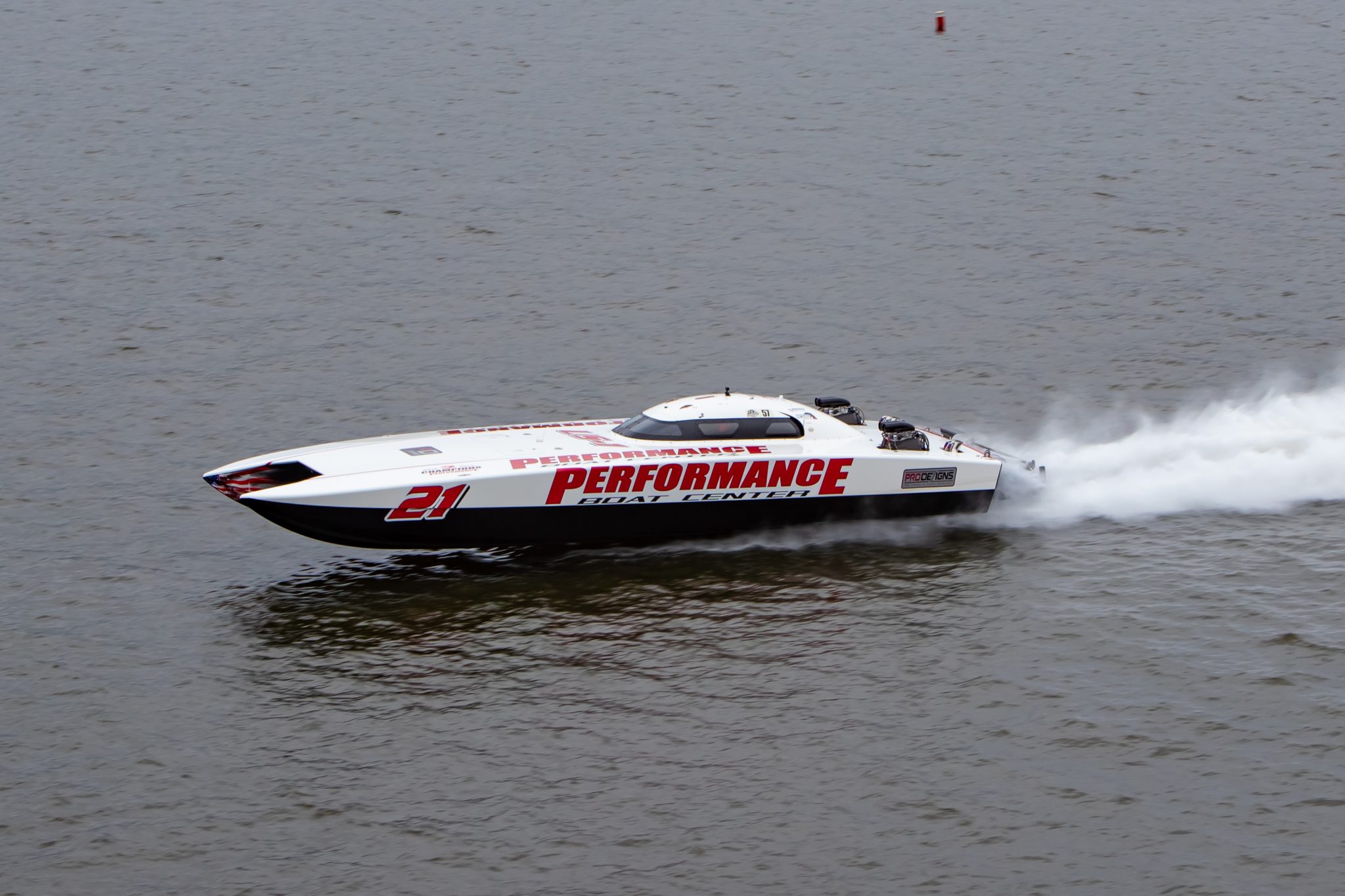 Nearly a year after swapping a 388 Skater for a new 43′ MTI Cat on the offshore circuit, Myrick Coil was back in his former race boat to participate in the Lake of the Ozarks Shootout in Central Missouri this past weekend.

The 2016 Skater 388 canopied four-seater raceboat, formerly campaigned as Performance Boat Center/Jimmy Johns, was World Champion in 2016 and 2017 and National Champion in 2016, 2017, and 2018. One of the most competitive Super Cat race boats ever built, the boat was raced by Coil on the wheel, with John Tomlinson on throttles. It was sold to super-enthusiast Ron Szolack, who had the crew at Performance Boat Center install 557-inch dual-fuel PSI supercharged Sterling engines that can run on either 110 octane or on E90 (the latter of which can deliver 1,700+hp at 7,200 rpm).

During the LOTO Shootout—which beginning in 2017 has featured a shortened 3/4-mile course—Coil and Szolack made several passes in the 388 Skater, as well as Coil and his driver Rusty Williams (who race together in the 32-foot Doug Wright catamaran Performance Boat Center/Auto Alert).

“I wanted to get 180 in the Shootout, but just never got it done,” Coil says. “The closest we got out of several passes was 176. That was the number. But I just thought, man, this thing really goes—I wished I could just let it fly one time.”

So he did. After the officially sanctioned timing was over, Coil and Williams decided to go WOT with the 388 Skater—and clocked a top speed of 205 mph, which is the fastest documented speed from a Skater.