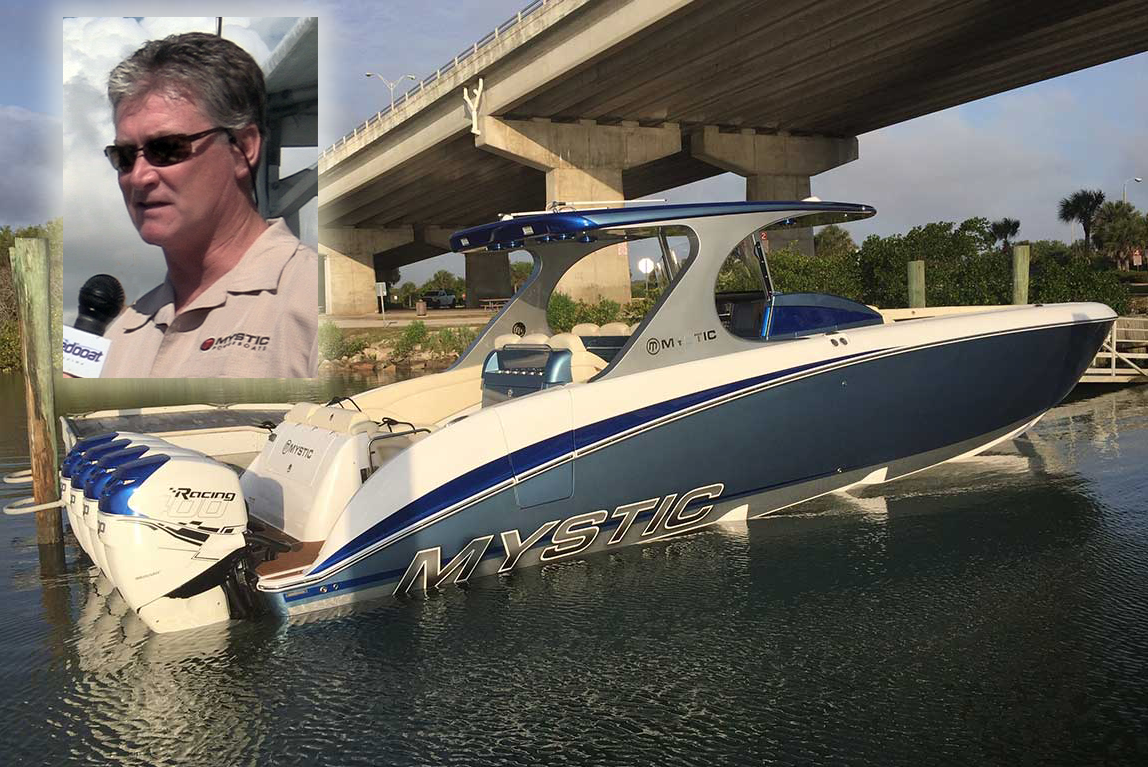 The month of March came to a close with the 34th annual Palm Beach International Boat Show, a four-day event billed as one of the top five boat shows in the country. The show featured more than $1.2 billion worth of yachts and accessories, including hundreds of boats ranging from 8-foot inflatables to super yachts nearly 300 feet in length.

Among the exhibitors was DeLand, FL-based Mystic Powerboats.  President John Cosker told Powerboat Nation he was pleased by the turnout. “It went really well,” he said. “We always do pretty well in Palm Beach. It’s a somewhat quieter show than the Miami and Fort Lauderdale shows, but you get a really good clientele.”

“We had both the vee and the cat there, and we got five or six sea trials scheduled this week with people we met at the show,” Cosker said. “So that’s good.”

The C3800 is the fourth out of the mold; meanwhile, #5 is currently being painted and #6 is in the mold. Readers of Powerboat Nation will recall that Mystic’s C3800 is offered in a variety of configurations, including the standard “two plus four” seating arrangement and an “open architecture” layout. According to Cosker, customers are split about 50/50 on how to arrange their cockpit seating.

Cosker said Mystic will likely not release any new models for the remainder of the year, as the company focuses on meeting its increasing production schedule. “We’re going from delivering 16 boats last year to around 30 this year,” he said. “So that’s a big jump in production.”