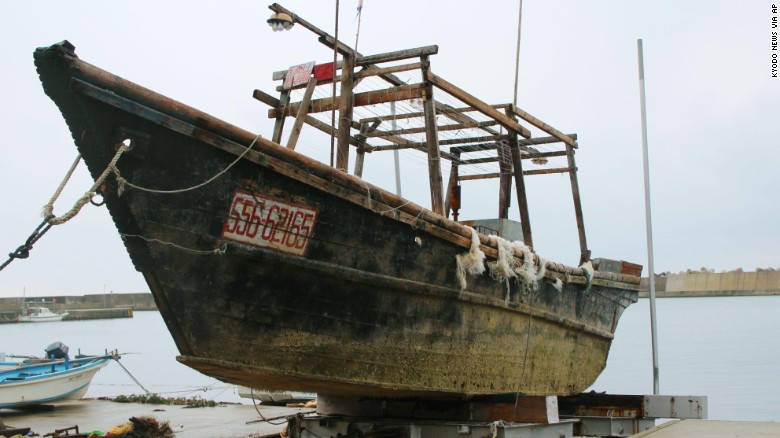 Japan’s sleepy west coast in no stranger to the random arrivals of dozens of North Korean boats each year. While most of them arrive empty or little more than a pile of floating wood, more and more are floating out of the haze with a crew of rotting corpses.

At least 14 boats, carrying more that 30 decomposing bodies, have washed up along a 1,000 mile stretch of Japan’s west coast since late last year alone.

Investigators and government officials have yet to come up with a solid reason for the odd appearances of these ghost ships, but they are positive that the boats are from North Korea, many emblazoned with Korean script. One vessel was marked “State Security Department” and another “Korean People’s Army.”

All of the crew of the latest 14 boats were found to be all male, although many of the bodies were so badly decomposed that investigators couldn’t be 100% certain. They did note, however, that all of the corpses appeared to be wearing civilian clothing and that autopsies found that they had been dead for at least 2 months prior to showing up on Japan’s coast. The cause of death is still unknown.

There are many theories as to the reason for the ghost ships, the most prominent being that they are defectors that chose to brave the freezing, stormy sea instead of traveling overland into northeastern China.

Another, more recent theory is that the boats belonged to the North Korean military’s commercial branch.

Workers, Kim said, should “realize their lifetime desire by catching more fish for the servicepersons and civilians,” according to the official Korean Central News Agency.

So in essence, the military has been sending out soldiers to fish at sea and many of these men have little to no training with boats or how to handle themselves on the water. With little to no supplies, no training, and severe weather a normality, those aboard the boats either drowned, starved, or succumbed to hypothermia.

The town of Wakima is no stranger to these morbid occurrences. Many people have committed suicide by jumping to their deaths from the coastal cliffs nearby. And between 1977 and 1983, North Korean agents abducted at least 17 Japanese citizens from, including several that lived nearby. Many locals still harbor anger for the abductions and seek retribution, so the cremated ashes from any of the North Korean bodies found washing ashore are given to the monks at the Soujiji Buddhist temple, where they rest in peace.

“They’re being held no differently than the other ashes,” the monk said. “In death, we treat everyone the same.”