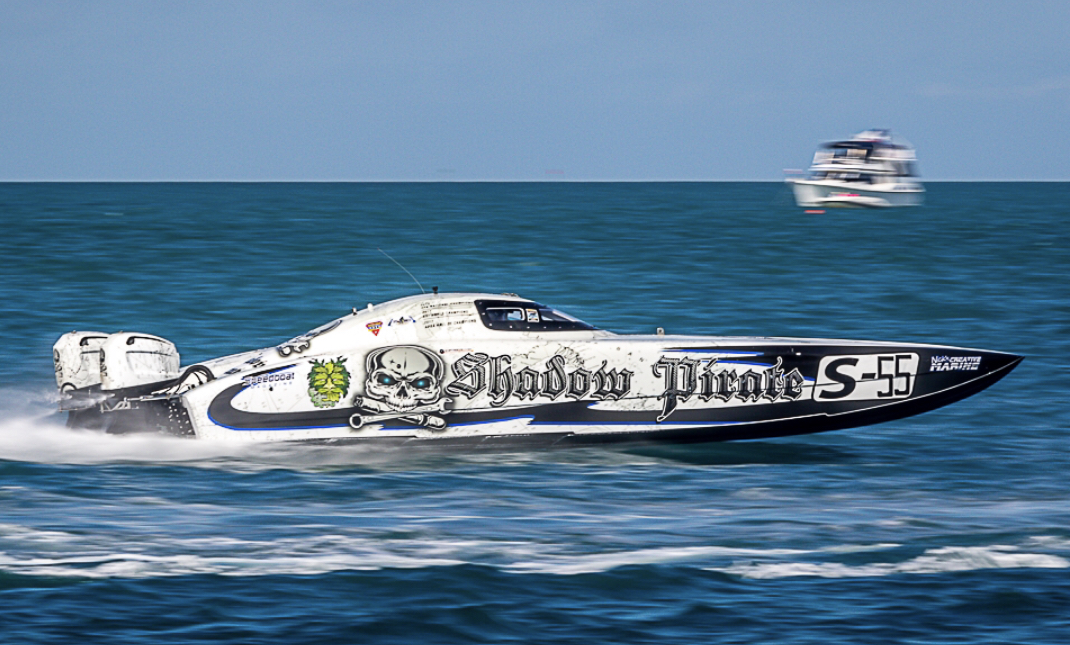 It was the third of four Sunday races in the OPA World Finals in Englewood, FL.

In Class 2, Bull on the Beach,  a 36′ Skater, outlasted Bat Boat, a 42’ Fountain/MTI (with driver Eliot Gray and throttleman Jay Muller) to unofficially claim the World Championship in their class.

In Class 3 racing, Wazzup (a 38 Fountain featuring driver Ed Smith and throttleman Nick Smith) finished ahead of Strictly Business (piloted by Johnny Stanch and Anthony Smith). Strictly Business had a mechanical failure and returned to the pits prior to the conclusion of the race.