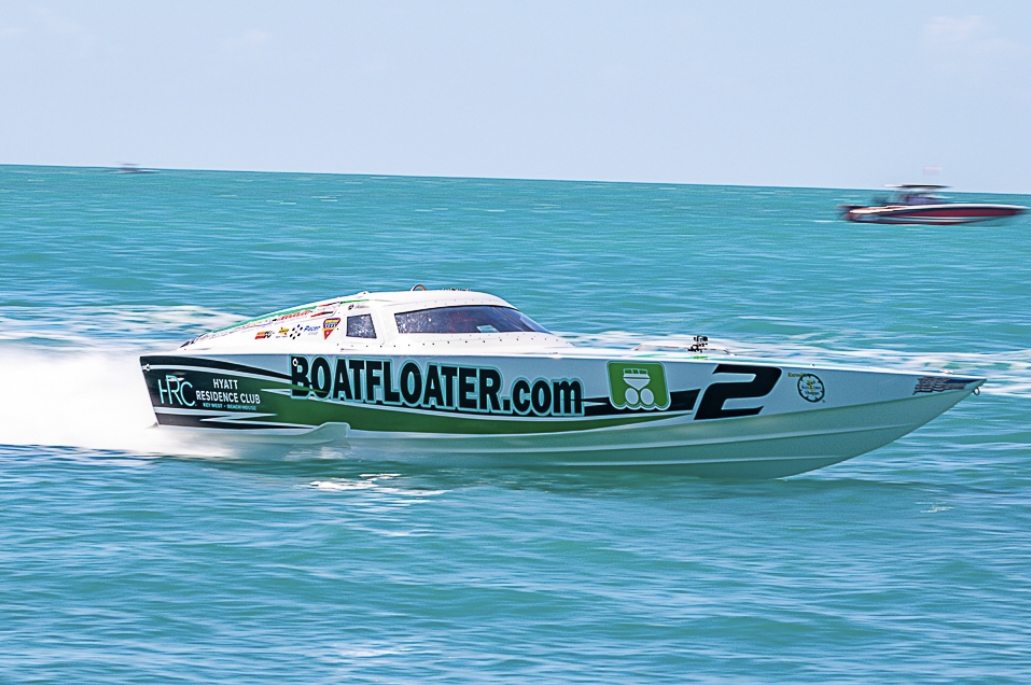 The father-son racing of Steve and Stephen Kildahl in the 29′ Extreme hull, #2 Boatfloater.com jumped out in front early in the second race of the day and managed to finish in first place, holding off the charging #67 LSB/Hurricane of Awesomeness throttled by Brit Lilly and Randy Schleus in the SuperVee Extreme class.

It was the second race on Sunday, which saw #51 Sun Print, with driver Steve Fehrmann and throttleman Steve Miklos, falling off its first place perch from yesterday to finish third place. With the double points format for today, the World Championship title remains to be officially determined.