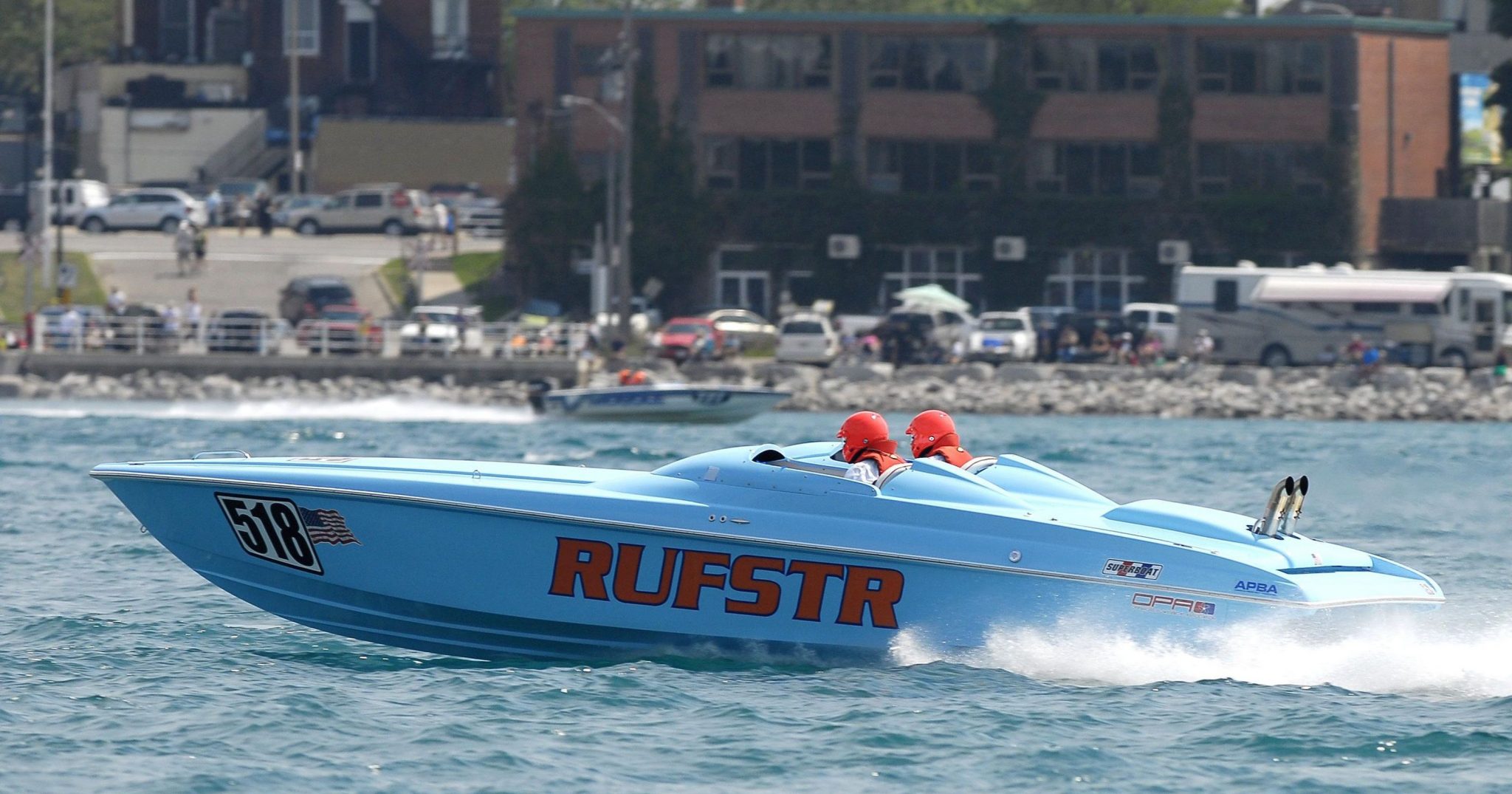 The first race of the final day of the OPA World Championships in Englewood, FL, featured two classes–Super Vee Lite and Class 5, where double points for the day enticed racers to let it all hang out.

In Super Vee Lite, high-points holder #77 Done Deal—a 30’ Phantom with driver Mike Mironyk and throttleman Steve Papp—duplicated its dominate performance from yesterday and again finished first after enjoying a large lead for the entire race. Whoa Mama finished in the second-place position with Typhoon, a 30’ Extreme with Tom Crowley and Randy Schleus, finishing in third.

In Class 5 racing, it was #518 RUFSTR taking the checkered flag for driver E.J. Salamone and throttleman Ken Salamone. In second place was the other Done Deal competitor. Class 5 features boats up to 30 feet in length, with a speed limit of 75 mph.