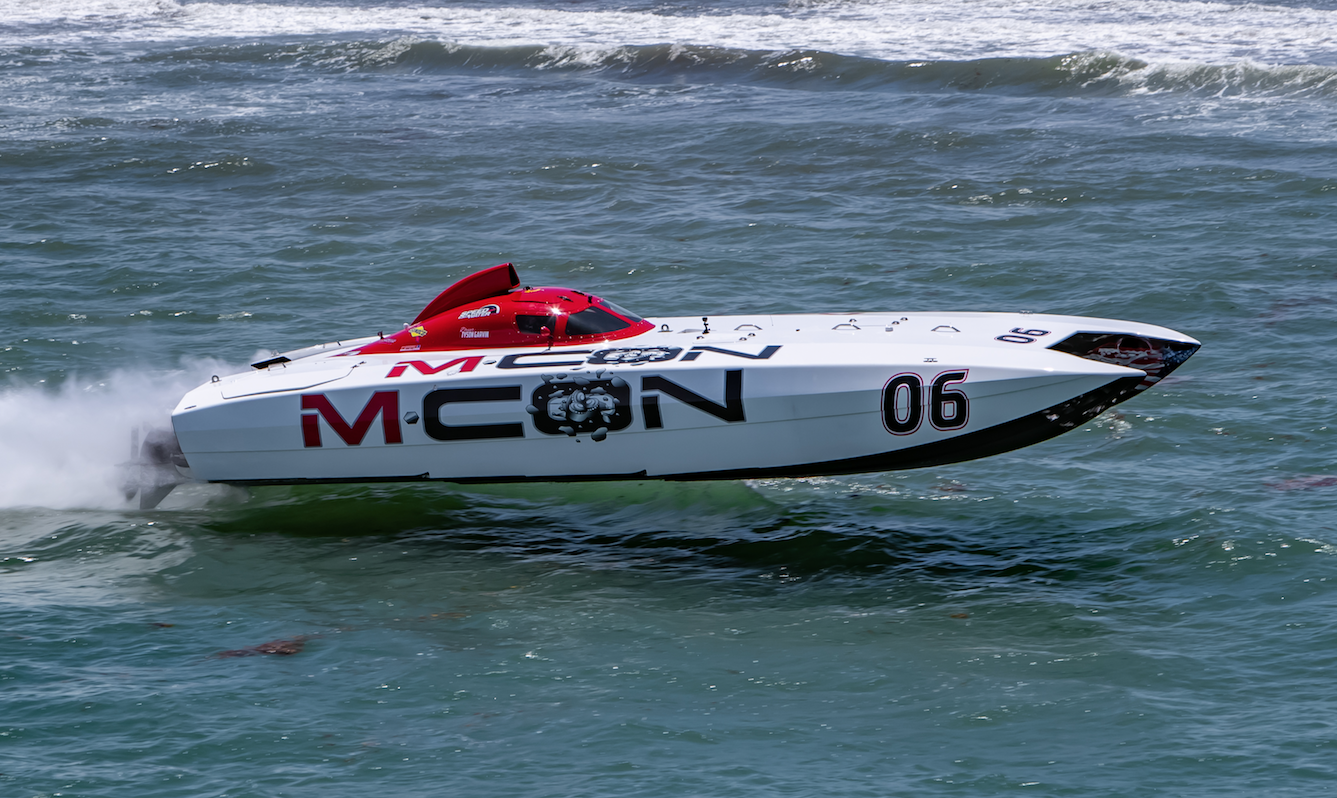 As seven Supercat competitors battled in the third of four OPA/Powerboat P1 races at the 35th Sarasota Powerboat Grand Prix, it was #06 M-CON (with driver Tyson Garvin and throttleman Tyler Miller) that took its unofficial first win of the season.

In second place was #NZ-11 Pro Floors Racing (with driver Wayne Valder and throttleman Grant Bruggeman), which was the winner of the season-opening bout in Cocoa Beach.

Meanwhile, fourth-place finisher #08 AMH Motorsports (with driver Aaron Hope and and throttleman Anthony Smith), had initially taken an lead early in the race before being passed by AMH, then Pro Floors, and then finally Performance Boat Center/Jimmy John’s. They were the winners of the Lake Race at the Lake of the Ozarks in Missouri.