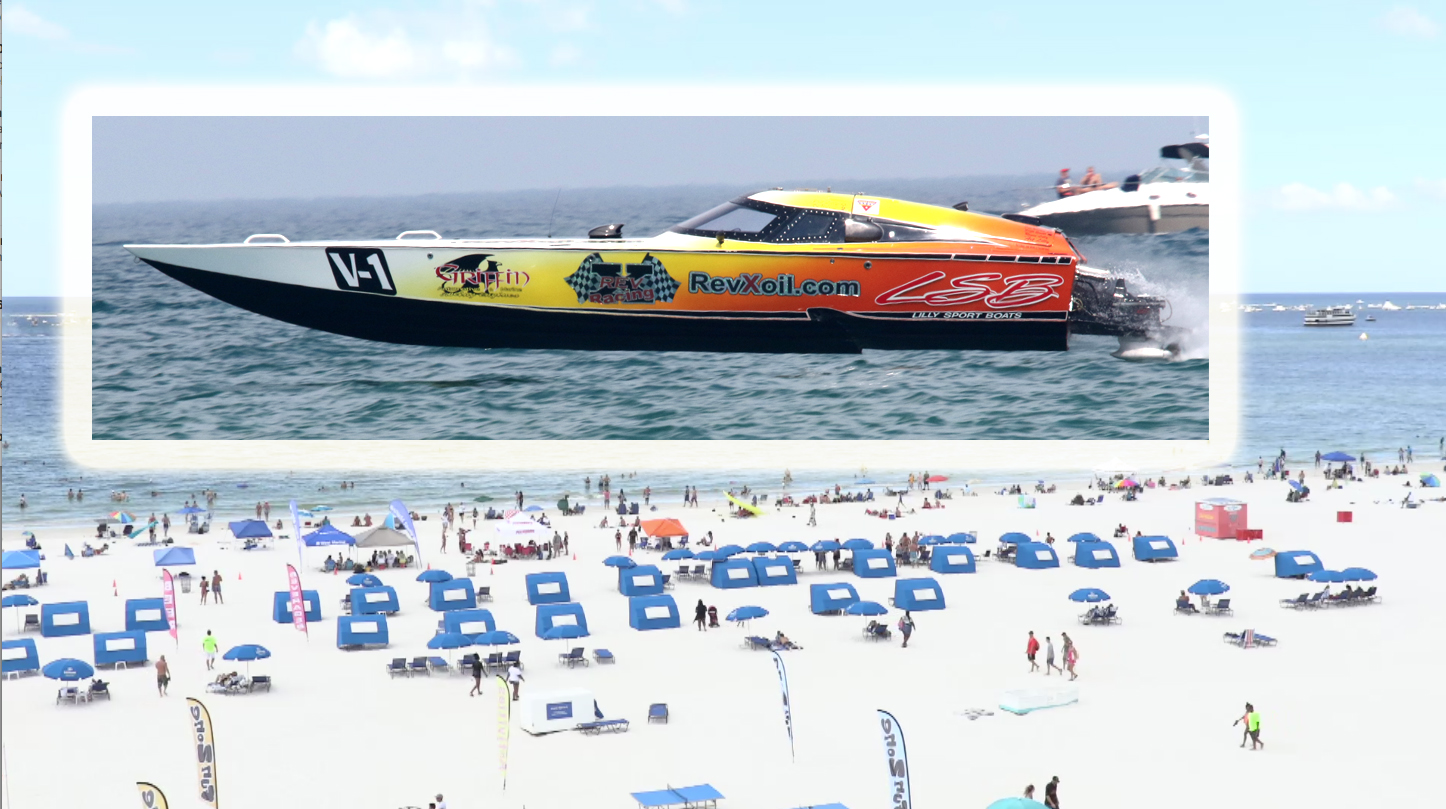 Nine Superboat Vee entries arrived to do battle in Clearwater, but the bout turned into an epic struggle between Marker 17 Marine (previously campaigned as Snowy Mountain Brewery) leading LSB Hurricane of Awesomeness for most of the race—often by the length of a single rooster tail. In fact, competition was so close at one point that the two boats gently collided (resulting in little or no damage to either boat) in Turn #2. Toward the end of the race, Brian Forehand in Marker 17 Marine lost momentum, allowing Brit Lilly in LSB to take the lead and pass them, charging to the finish line in first place—and after having run an extra lap.

Speaking of the collision: “We kissed just a little bit in one of the corners,” driver Brit Lilly told Powerboat Nation immediately following the race. “He came over on us pretty hard as we coming in on the inside,” he added. “I passed him in the corner, and in the next corner, he spun out behind me. We had two chances to get him in the turn. That’s where we were beating him. Ron Umlandt was throttling our boat like a beast. It really worked out for us.”

According to Marker 17 Marine thottleman Vinnie Diorio: “They didn’t pass us. Our motor cut off and we stopped.”

At press time, it was uncertain if LSB’s win would result in a National Championship, given the season’s accumulated points. Pending an official announcement, it will be between LSB and Boatfloater.com. Sun Print, which was actually a points leader going into this race, bowed out with a mechanical issue early into today’s racing.

In Manufacturer Production 3 Class, Wix Filters, with driver Scott Brown and throttleman Eddie Tamberino, took an early lead and stayed out in front the entire race. In Production 4, Daniel Racz and Craig Belfatto in Two Cruel finished first, but as this was his first race of the season, it was not immediately clear who the National Championship title holder would be. JRJ Construction/Team Woody participated in every race this year; they finished second in the class today, so the title may indeed go to them.