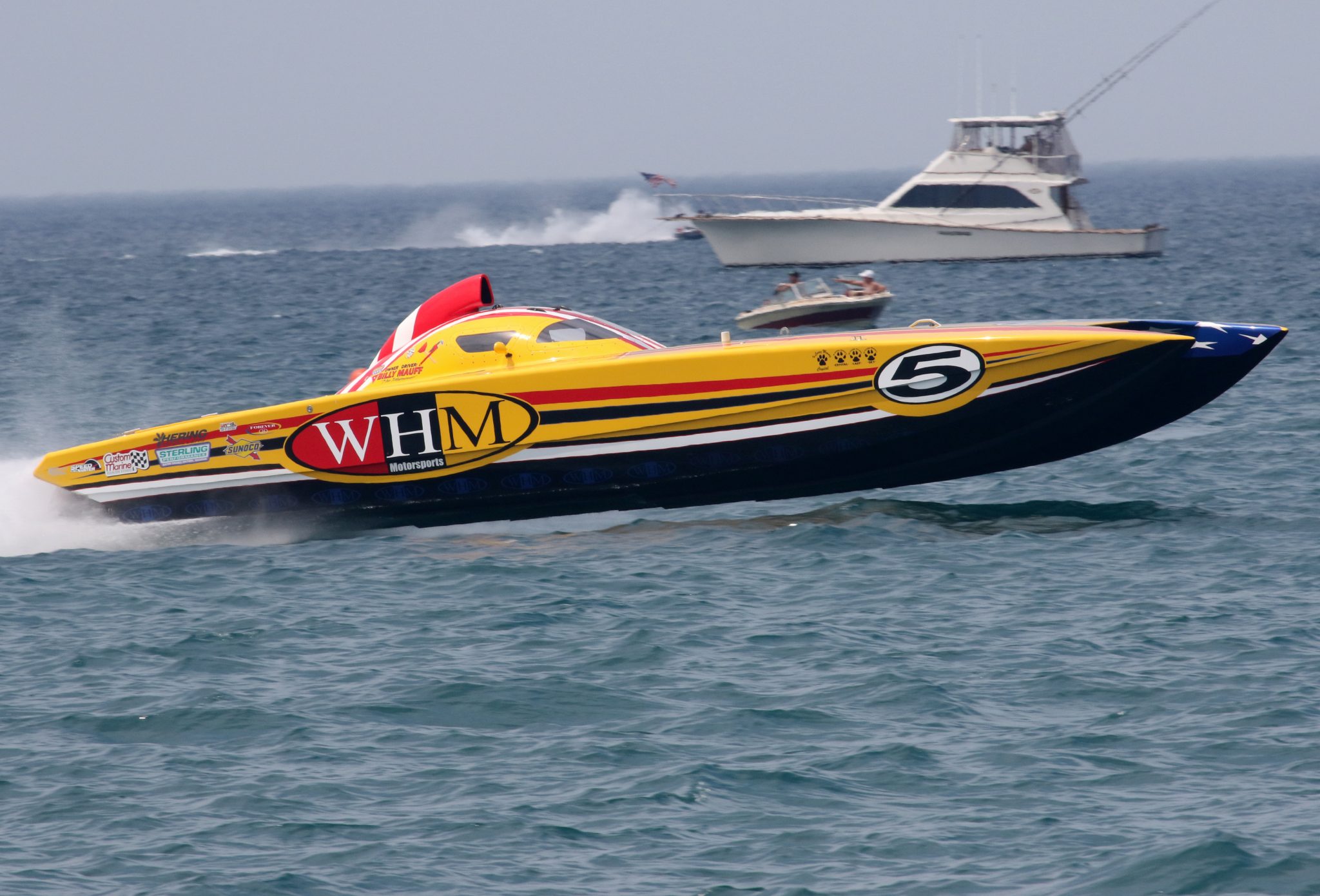 The second of three SBI races in Clearwater consisted of a pair of classes running simultaneously: Superboat and Superboat Stock. WHM Motorsports, with owner/driver Billy Mauff and throttleman Jay Muller, led most of their Superboat competitors throughout the race, with Performance Boat Center/Jimmy John’s, M-CON and AMH Motorsports jockeying for the remaining podium positions. Cleveland Construction, which crashed in August’s Michigan City race in Indiana, arrived repaired and apparently ready to race, but opted out for reasons that were not immediately clear. Toward the beginning of the race, competitors NZ-1 Pro Floors Racing, featuring driver Wayne Valder and throttleman Chris Hanley of Auckland, New Zealand, flipped their boat upside down, but managed to escape the boat on their own without serious injuries.

“It was a very nice race. The public has been amazing, the site has been great. Everything’s been phenomenal,” CR Racing throttleman Casey Boaz told Powerboat Nation after the race. “We won the race, but FJ Propeller won the won the national championship today—he had the points. FJ Propeller’s Jimmy Harrison won. We didn’t have enough points to take the national championship.” (Note: official National Champions have not been released by Superboat International at this time.)