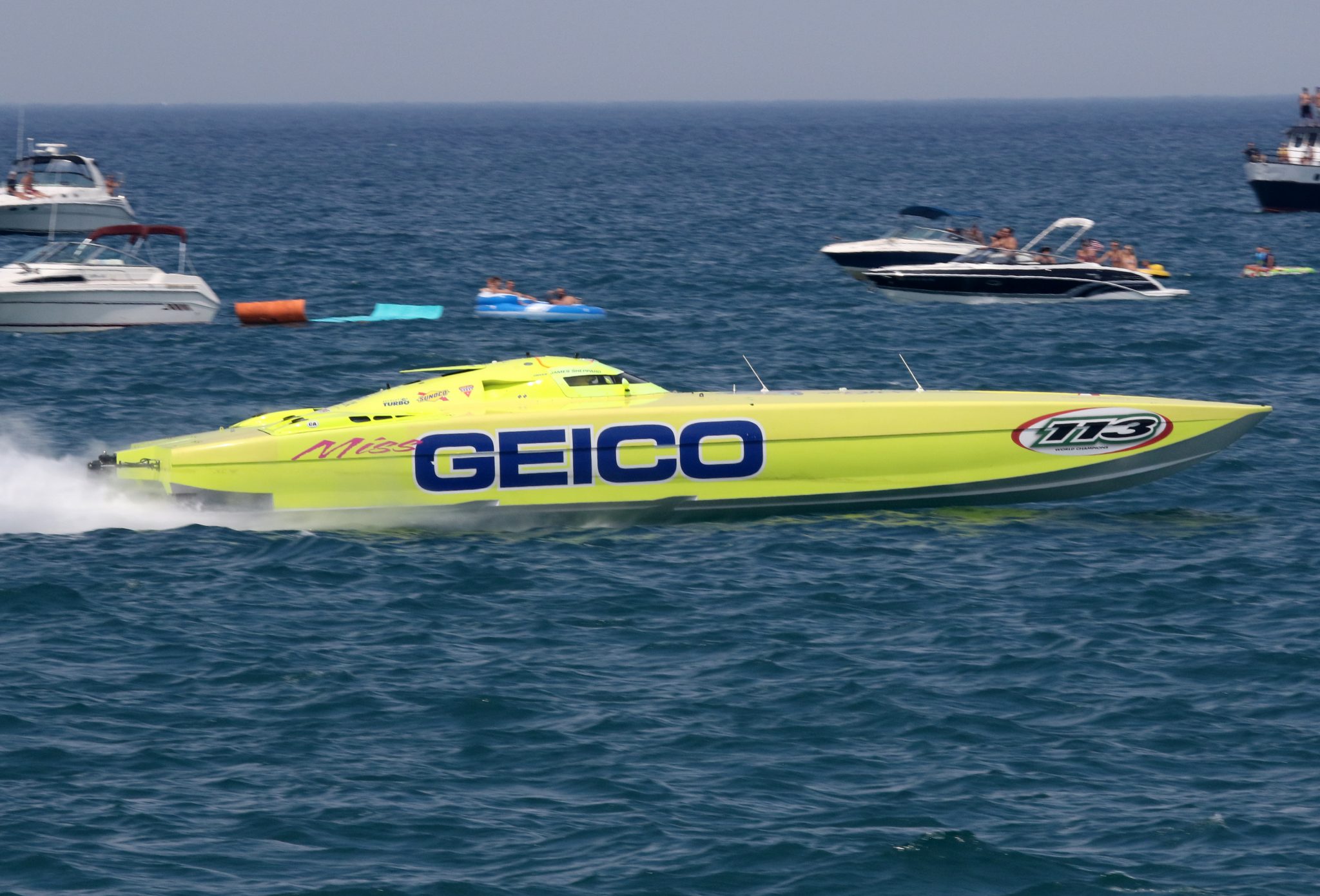 A swimmer who inexplicably entered the course in Clearwater wound up shutting down the final race without any possibility of a restart for the field of five boats.

The swimmer, whose identity is unknown at this time, was pulled out of the water by a police boat and placed in handcuffs while racers were ordered to slow down before the race was canceled.

At the time of the incident, the Superboat Unlimited class had only been racing for about 20 minutes, with Miss Geico commanding a strong lead over competitors Wake Effects, DF Young (the old Cintron Mystic hull) and two Team Victory boats from Dubai.

The Dubai hulls were reportedly underpowered; the Victory teams were likely using Clearwater as a test run prior to competing in November’s World Championships in Key West.

Watch this space for updates.