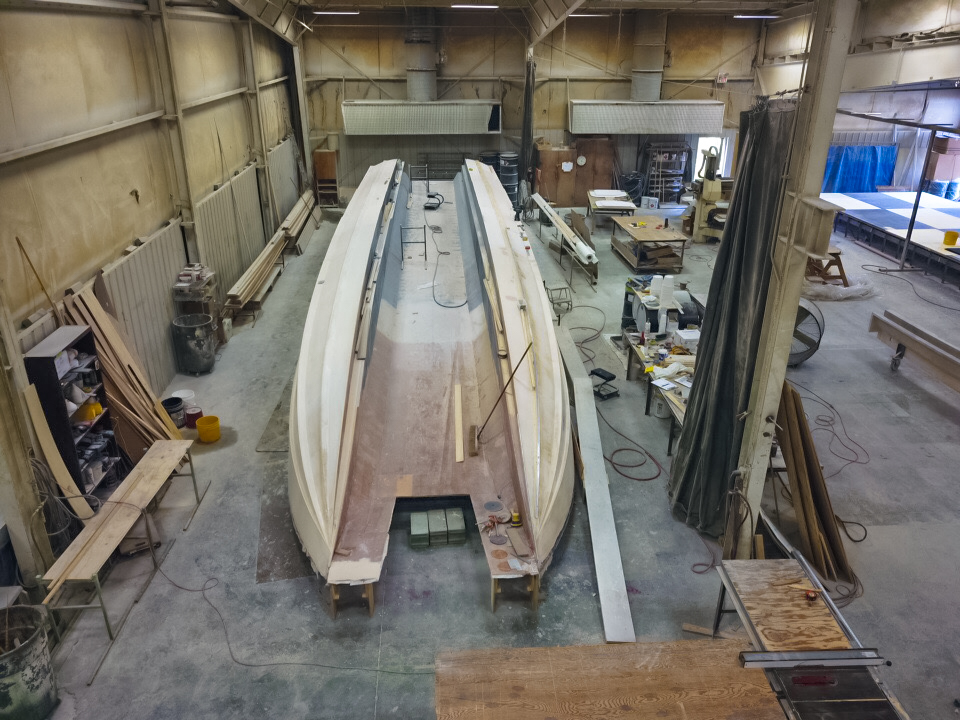 Skater Powerboats of Douglas, MI—one of the most popular performance hull builders in the world—is currently tooling a 55-foot catamaran that will become the largest boat in its stable.

“The plug is pretty far along,” Skater owner Peter Hledin told Powerboat Nation. Hledin personally hand-tools all of Skater’s plugs himself, and this one has understandably taken quite a bit of time, due to its massive size.

Launched in 1979, Douglas Marine first offered a 24-foot Skater. Forty years later, it now offers one of the most comprehensive and successfully competitive lines in the world, with Race/Pleasure craft models ranging from 28 to 50 feet. The offshore race course boasts numerous World Championship-winning Skaters, including the 38’ Skater Performance Boat Center/Jimmy John’s and the 40’ Skater WHM Motorsports.

The staff of Speedboat Magazine got a look at the plug during a recent tour of the factory, which will be featured in its March 2019 issue, according to Speedboat’s editors.

Still Waxing Your Boat? Ceramics Is the Wave of the Future