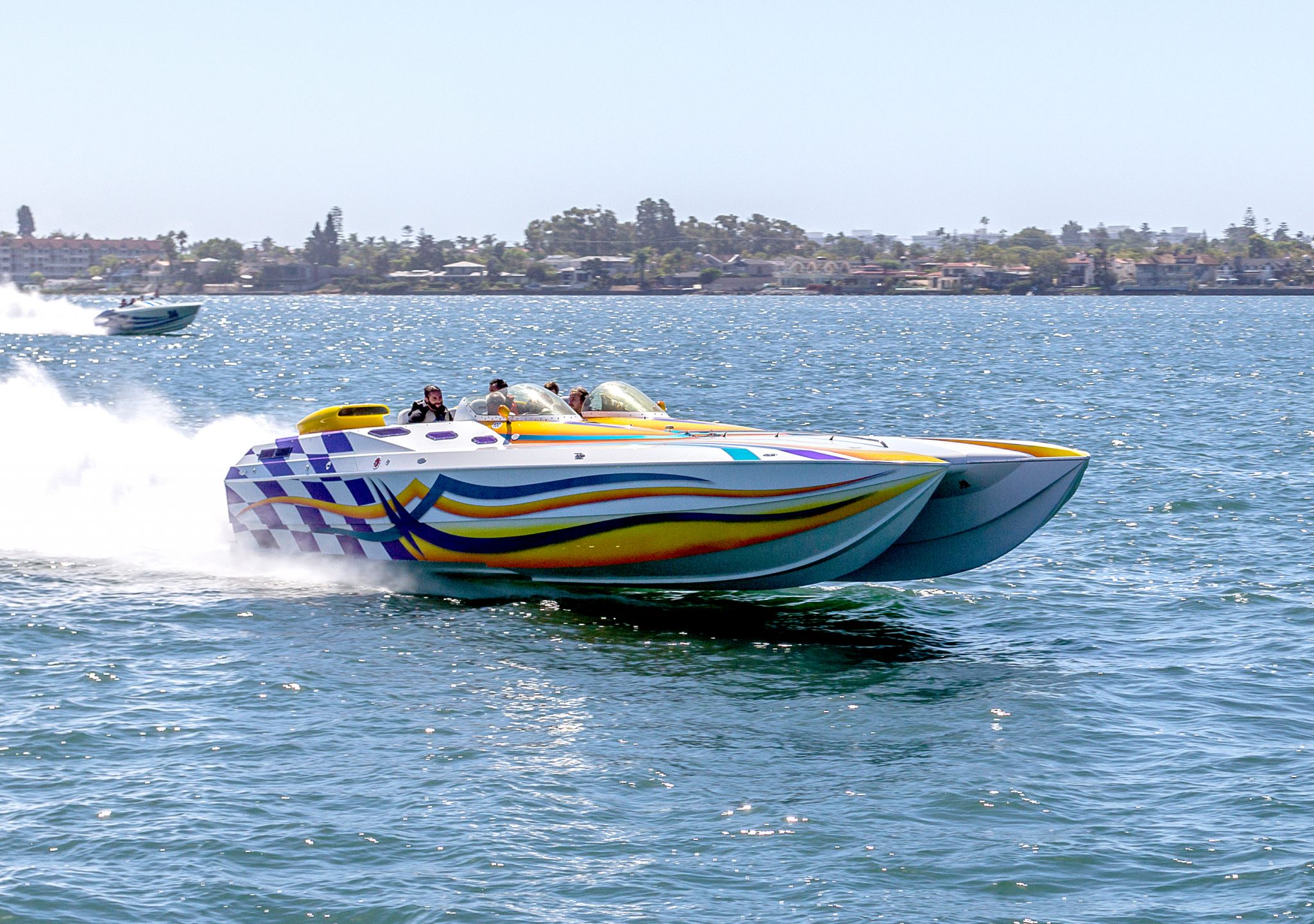 Vern Gilbert of Lake Havasu City, AZ-based West Coast Drives—owner of the iconic 1990 40’ Skater known as Predator 1—has put the boat up for sale.

Originally owned by Gary Smith, Predator was purchased by Gilbert about a decade ago. It’s famous for having taken the Shootout trophies at both the Lake of the Ozarks and the Texas Outlaw Challenge. The Skater is powered by twin Carson Brummett engines putting out 2,300 hp, and is capable of exceeding 200 mph, according to Gilbert. “Gary Smith took it out and got it up to 202 the other day,” he told Powerboat Nation.

“The boat is all set up,” Gilbert says. “I spent $17K just on the hoses in this boat. The interior was redone two years ago by Becca Main Liska of Main Stitch Upholstery. It’s all fresh and ready to go.”

Regarding the boat’s outdrives, Gilbert says he recently installed his own modified M8 uppers with 1:21 gears, Wilson lowers and is set up to run around 220 mph. “The boat’s ready to go and is competition ready.” 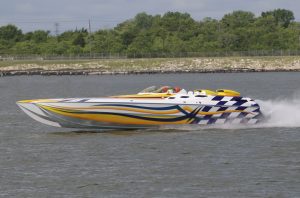