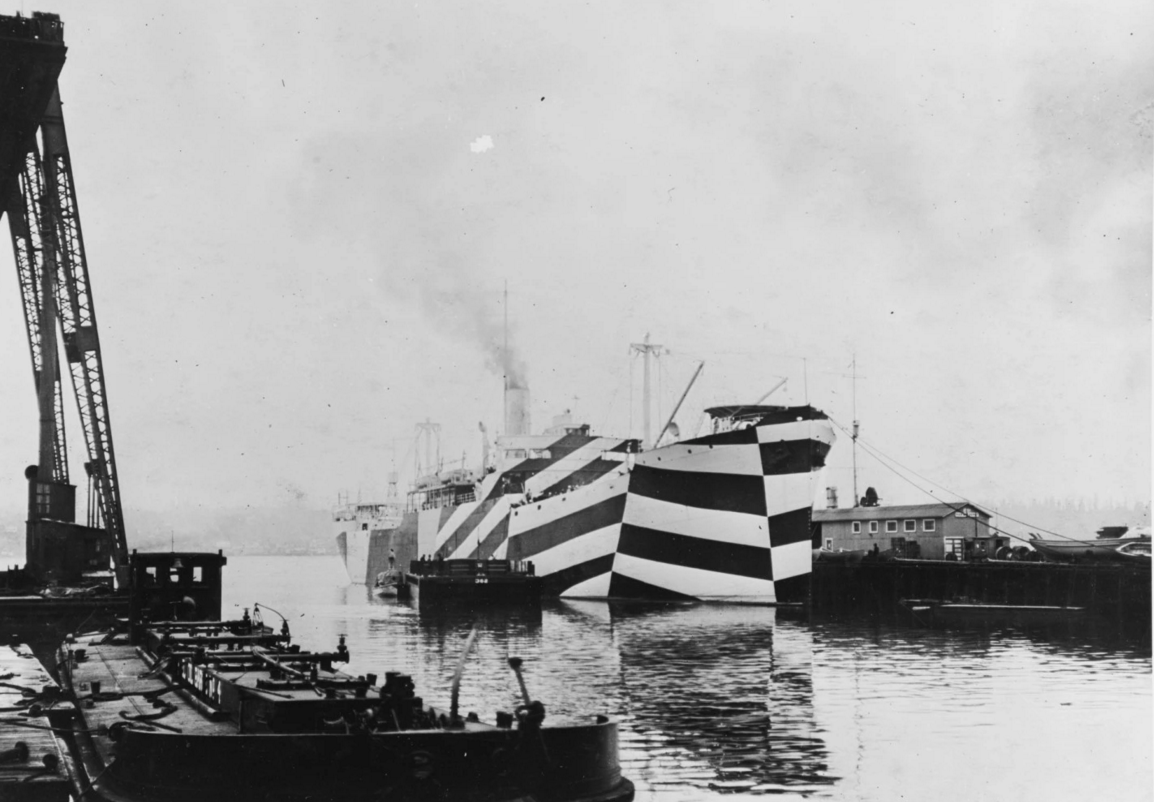 During WWI, the Germans had the upper hand when it came to ocean warfare. With submarines that were increasingly good at avoiding detection, and armed with deadly torpedoes that they weren’t afraid to use, the British and American navy’s were bleeding badly.

While racing to develop advanced techniques and ships to fight the deadly U-Boats, a unique and almost comical method of anti-submarine protection was developed. In 1917, British Lieutenant Norman Wilkinson masterminded the concept of “dazzle camouflage.”

Dazzle Camouflage, dubbed “razzle dazzle” by the U.S. Navy, was the concept of using high-contrast shapes painted on ships in order to obscure the edges, disguise the bow and stern, and make it difficult for the enemy to discern the direction, speed, and distance of the ship. Without being able to accurately calculate these factors, the enemy navigator would theoretically be unable to accurately fire upon and damage the ship.

One type, developed by the US Navy, called the “Mackay Low Visibility System,” was based on the idea that such high contrast paint schemes would literally overwhelm the optic nerves to the point that ships would possibly not even be perceived on the horizon. One of the most popular designs was to paint a wave on the side of the ship in order to make the ship look as if it were sailing in a different direction than in reality.

Outfitting a ship with painted camouflage was relatively inexpensive and convenient. Each shipping port was outfitted with a crew of four to five camofleurs that made the transformation possible within a day, said Claudia Covert of the Rhode Island School of Design.

While being a truly interesting aspect of naval warfare during WWI, it was hard to say how effective it was since other defenses were always working in concert with the funky paint schemes. And after WWI, as sensor technology and optics eliminated the need for this out-of-the-box concept, the ships were repainted and all that remains are the photos we’ve provided below.

(Article and Image credit goes to The Washington Post)