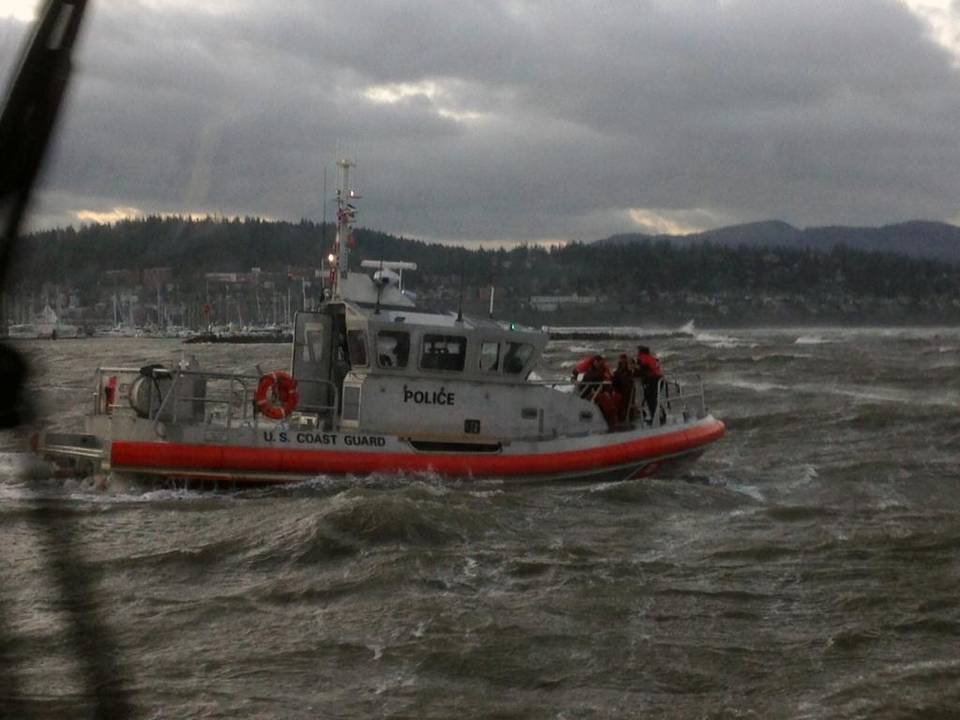 Early this morning U.S. Coast Guard crews rescued 3 fishermen from their boat that broke loose from its mooring in Bellingham harbor. The 52 foot commercial fishing vessel built in 1939 broke free from its mooring due to an overnight windstorm that swept in around 5am while the crew was sleeping inside.

The Bergen and its crew were tosses against a rock wall that surrounds the harbor and while the crew tried to put on their neoprene emergency suits, two of the four available slid off the boat into the icy waters. One crewman jumped overboard to retrieve his suit and was successful in doing so and returning to the sinking craft. “That probably saved his life,” said Chief Warrant Officer 3 Chuck M. Chavtur, of the Coast Guard, as the power flickered off and on in his office a few hours later.

The rescue efforts were nothing less that extremely difficult in such terrible conditions. With 5 foot swells and the boat at a 45 degree angle slowly slipping into the abyss, Coast Guard crews had to work tirelessly to retrieve the three stranded crewmen clinging to the sinking ship. “We were maneuvering in very shallow water and all the wind and waves were pushing against the stern of the small boat and pushing us against the vessel on the rocks,” Chavtur said..

After many repeated approaches, they were able to save the crew members before the boat went completely under. Everyone returned to the Coast Guard station around 7:15 am.