DCB Performance Boats presence was absolutely everywhere at this year’s Desert Storm 2016 on Lake Havasu. Out of the the approximately 150+ entries for Friday’s Poker Run, there were a total of 41 DCB entries showing that over one quarter of the poker run participants are dedicated wholeheartedly to the premier West Coast boat manufacturer.

According to Jeff Johnston of DCB, there were also 13 registered DCB entries out of the 46 total registered for the shootout making it clear that when people want high performance, high horsepower, and high speeds, they’re apt to choose a DCB. It was hard to miss any of the eye-catching M-series widebody crafts with their well known DCB graphic scheme and they clearly took Desert Storm 2016 by force!

A poker run is not a race… but if you’re one of the fastest boats out there are you really going to let someone fly past you as you putter along? We didn’t think so! And neither did the crew of DCB’s newest craft that was delivered to the lucky owner the same weekend. DCB’s latest craft, a red and white M35 Widebody with 1350’s was the second boat down to the first card stop, running a whopping 176mph at 6350rpm. That’s fast! 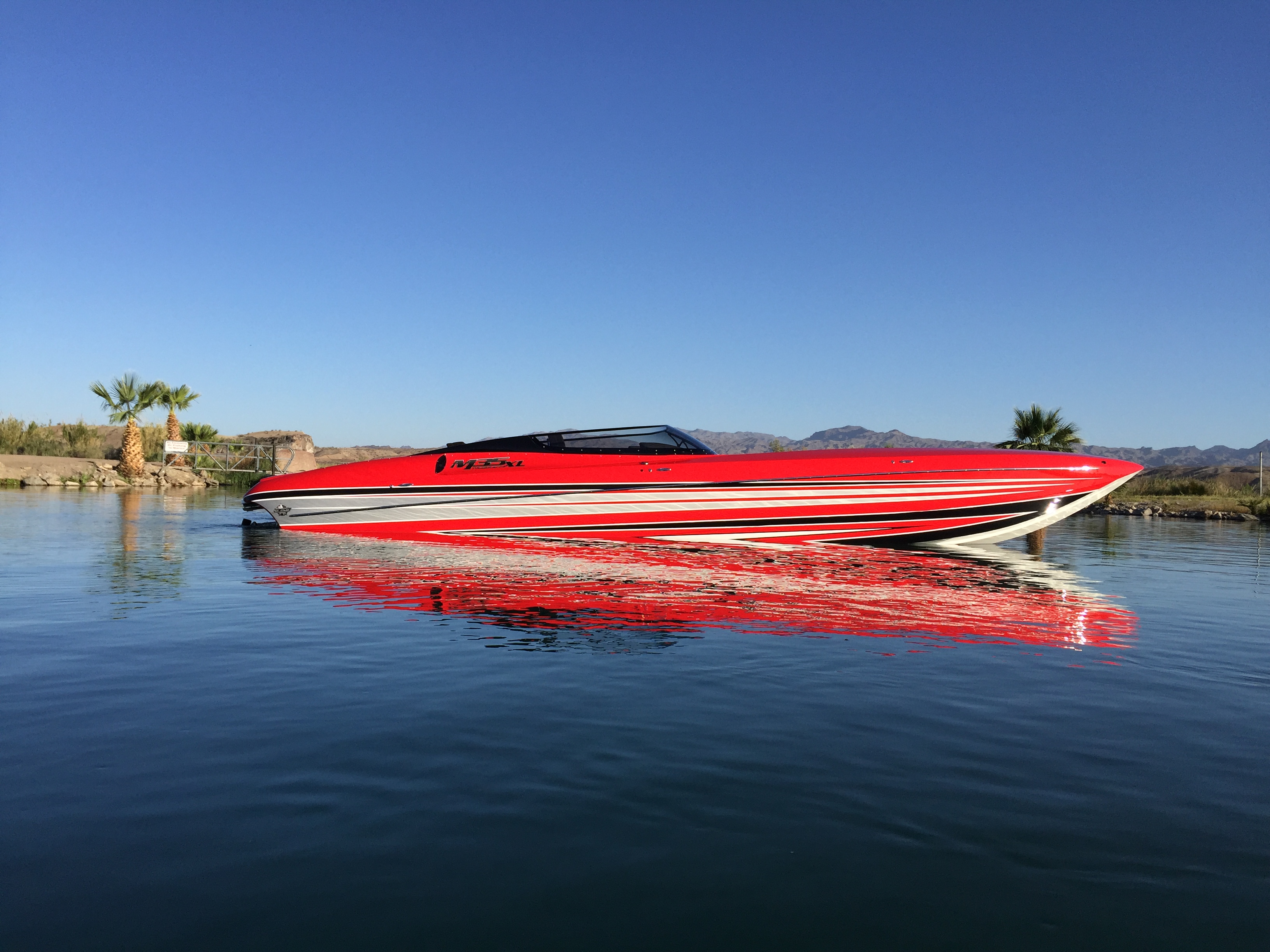 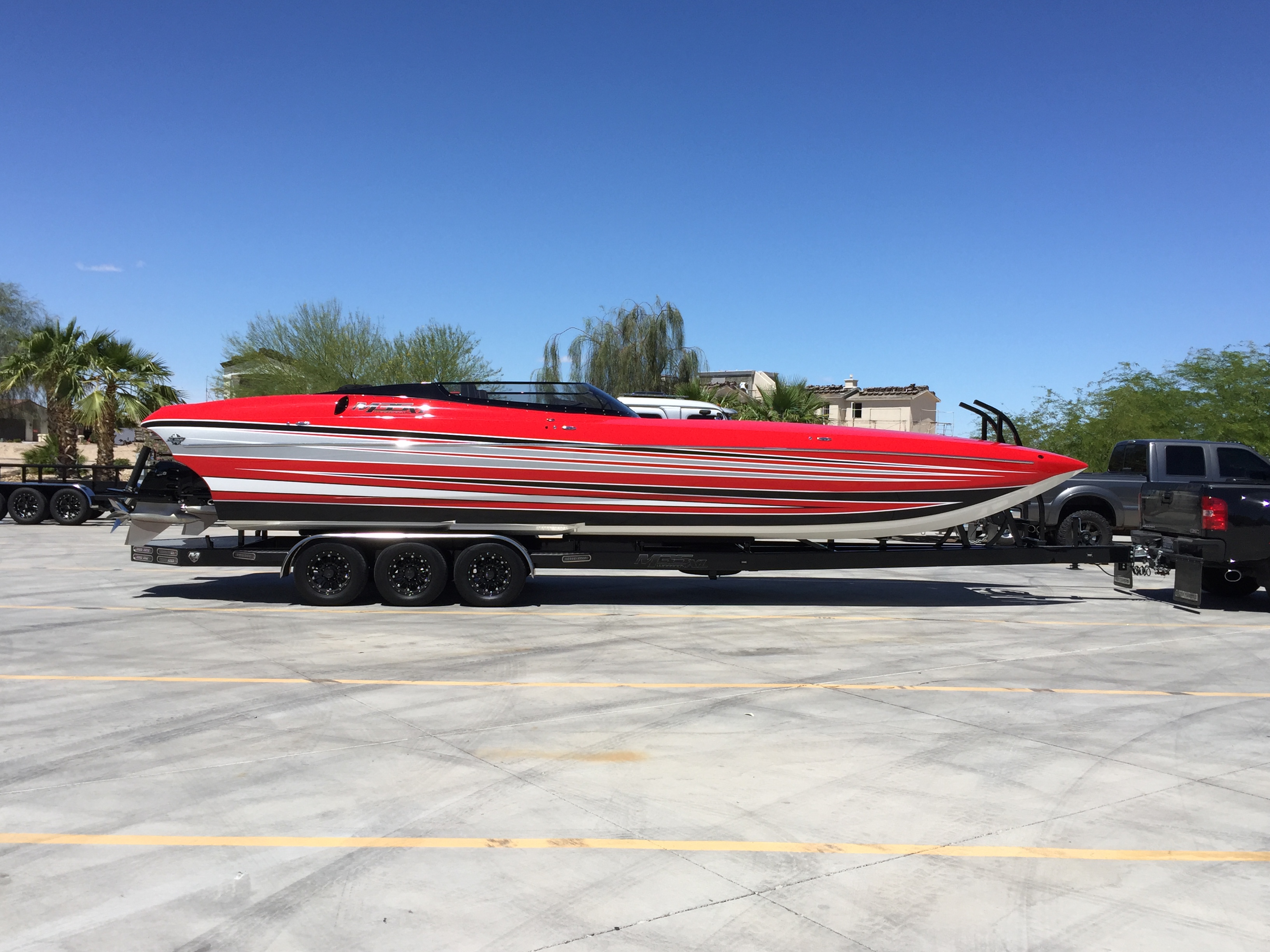 All in all it was an outstanding weekend emphasized by outstanding boats and we’re looking forward to seeing what’s in store for next year!