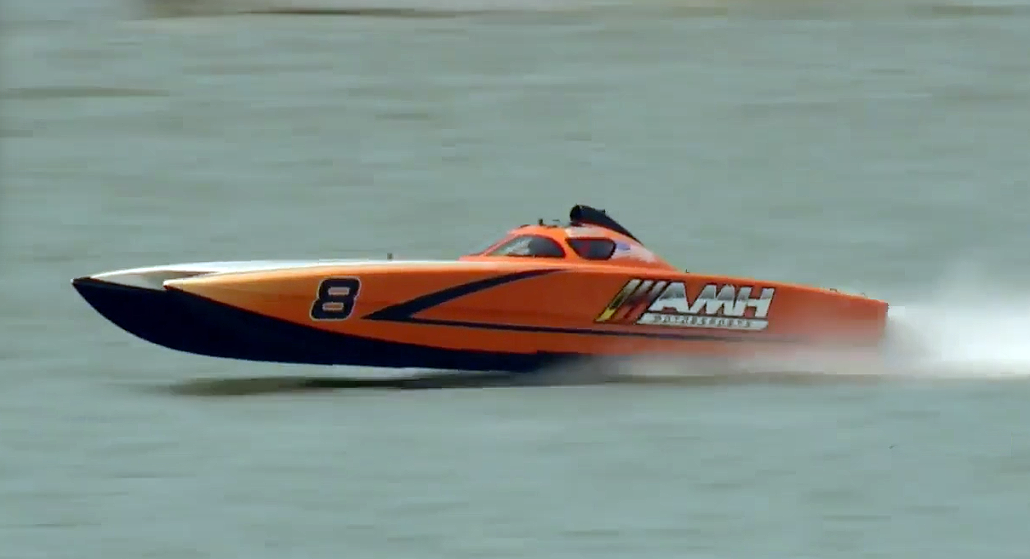 Two days of racing in Englewood Beach, FL, climaxed on Sunday with 4-5 foot seas on the Gulf of Mexico that made for a barely navigable course as the OPA season came to a close at their World Championships event.

Due to brisk winds, choppy waters and mechanical gremlins, numerous boats either didn’t make it to the final day of racing or had to drop out during Sunday’s competition, including Miss Geico in Unlimited class, NJI Motorsports in Class 7, and Typhoon and FastBoys in ProStock Vee. FJ Propeller, with owner/throttleman Gary Ballough and driver Jimmy Harrison, flipped during Saturday’s race after having hit a rogue wave that catapulted them skyward. (Although the 32′ Victory hull was largely undamaged, it was unable to compete on Sunday.) Some races on Sunday were shortened due to the extreme water conditions. 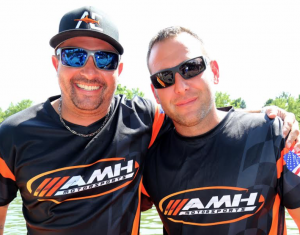 In Super Cat class, driver Chris Grant and throttleman Billy Moore—who had finished in second place on Saturday—led Sunday’s bout for most of the seven laps (shortened from 14). However, AMH Motorsports overtook them close to the end of Sunday’s competition, giving them their second consecutive win and the unofficial World Championship. SV Offshore finished in third place.

Shadow Pirate‘s Nick Scafidi told Powerboat Nation: “Ryan Beckley won it today, and he 100% deserved it. I went out there and raced one lap, and it was so rough, I’m officially retiring. My boat’s for sale. Ryan Beckley won the whole thing overall, and it couldn’t happen to a nicer guy.”