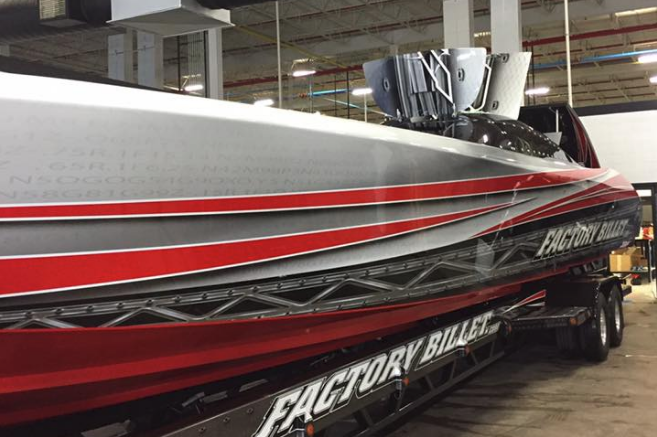 Faucher decided to have Mike at MDC install it on their 50′ Outerlimits, tailoring it perfectly to their specific application and run the boat down to Florida to see how the upgrade would perform in tougher conditions with the higher than average horsepower. And the facts don’t lie.

As any seasoned boater knows, torque spikes kill parts. So when Faucher describes the DriveGuardian as a vital part, it’s time to take notes.

The team took the high powered 50 footer down to Florida and put between 25 and 30 hours on her in rougher than average conditions. However, they didn’t stop there. They also logged over 650 dyno pulls on the engine and parts, doing full throttle pulls to test the strength and reliability of the DriveGuardian.

Faucher described how they took it all apart and saw the benefits of running the DriveGuardian.

“We took it apart and could definitely see the DriveGuardians working. You could see where they slip. We’ve been really happy with them.”

Whether high or low horsepower applications, the DriveGuardian has once again proven that it performs exactly as intended, saving you you from the pain and hassle of replacing drives and parts every time you take the boat out.

See first hand what the DriveGuardian and the rest of MDC’s revolutionary designs can do for you before you’re already back to wrenching on parts that you shouldn’t be.

How Mike Clesceri Is Winning the War Against Broken Drives