Torque spikes are devastating to your transmissions, drives, and the like. They were also thought to be unavoidable until Mike Clesceri from Marine Design Corporation took it upon himself fix the problem altogether.

Mike runs his boat on Lake Michigan where a nice day is still a rough day, and when you’re running on water like that your boat is bound to come out of the water even if it’s just a little bit. This re-entry of the prop into the water after leaving the surface is what leads to torque spikes. Not only are these spikes unavoidable, but their severity is raised by many different factors. In many cases, these factors are the positive designs of the boat, from propeller shapes that allow it to reach maximum thrust, to hull design. These designs all add up to produce a massive amount of kinetic energy that resists a sudden change in rpm, resulting in a massive spike of torque that has to go somewhere. These spikes have enough force to squeeze the gear lube out and results in the teeth touching and grinding. Over a period of time this grinding action causes pits and renders the transmission and its accompanying parts useless. Mike blew through three transmissions in one year due to the stress these spikes put on his transmission and drives.

Instead of selling the boat, Mike set out to solve the problem and he came up with the DriveGuardian, essentially a “slipping” clutch that alleviates all of the stress put on the transmission and drives when the propeller loses and re-encounters water resistance.

The DriveGuardian is designed to allow a very precise amount of slippage whenever the prop re-encounters enough water resistance so that the stress and energy is converted to heat instead of transferring it to the components and causing irreparable damage. The slippage itself is precisely tuned to the boat and is impossible to feel or notice due to it occurring in less than half a revolution. The DriveGuardian’s unique design prevents the engine from exceeding its peak torque and causing the above mentioned damage. DriveGuardian uses billet aluminum housings, Kevlar clutch plates and heat treated hubs. The SSM and Crashbox versions include a HD damper plate for increased reliability over the factory units. Installation is a direct bolt-on with no additional modifications required

Since Mike developed the DriveGuardian, the success of the design has been indisputable. He initially performed R&D on his boat in 2013, logging over 240 hours on rough Lake Michigan with the new DriveGuardian installed. He noticed that without the DriveGuardian, his data logs recorded torque spikes in excess of 2,000 ft. lbs. due to the fact that when the props left the water, dropping 400rpms in less than a second created a massive amount of torque. With the DriveGuardian implemented, those would-be spikes never exceeded the preset value, and after experiencing a high level of success personally, he was then able to approach a few OPA Racing teams in 2014.

After running with the DriveGuardian, the results were astonishing. In the previous year, the race team, SARIS, had ran only three races during the season before finding that the teeth on the brand new couplers were already pitted and cracked due to torque spikes. After installing the DriveGuardian the following season, the same team ran five races in typical rough water conditions, and after pulling it apart the teeth were fully intact and looked brand new. 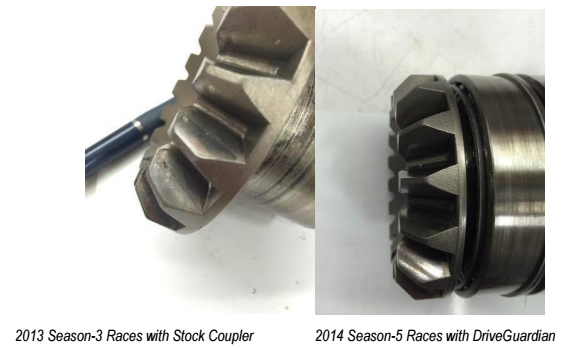 Currently, Mike’s design is used by several offshore racing teams as well as numerous individual boaters, and those figures are growing daily. After recently making his first sale to the European market at the 2016 Miami Boat Show to a Swedish gentlemen, his design is poised to become and integral part of powerboating for years to come. With concrete numbers and results that prove that it’s a must have for any offshore boater, we’re looking forward to seeing the level of success that Mike will undoubtedly achieve in coming years. 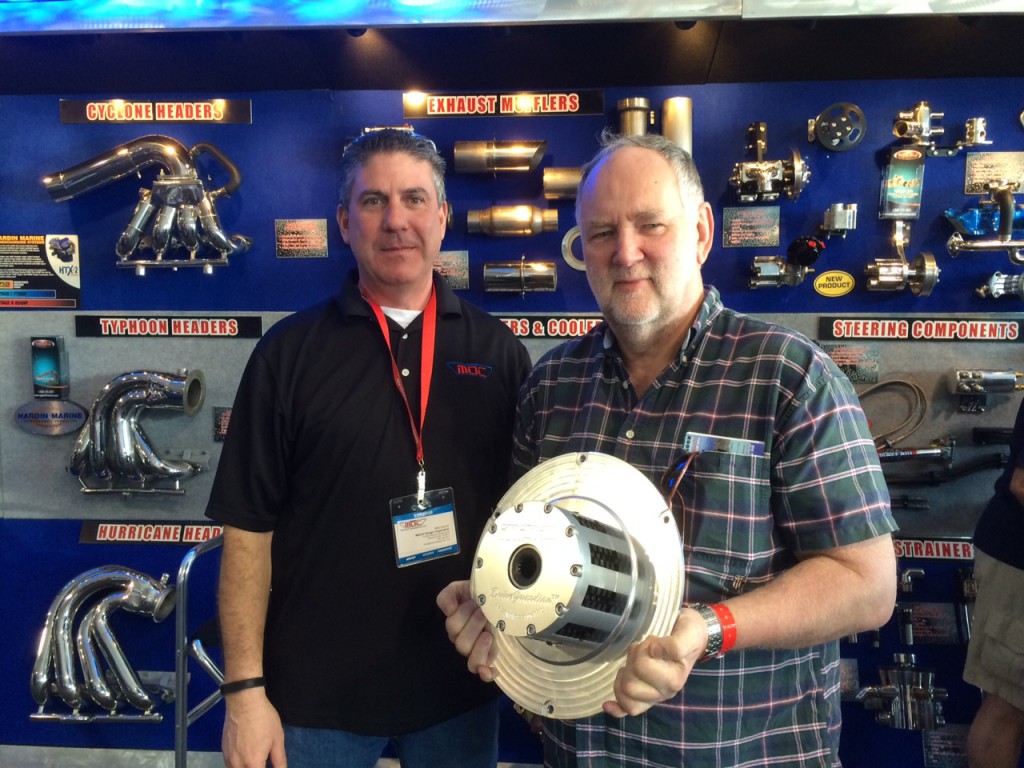 Scroll through the photos below to see how the DriveGuardian is designed for optimal performance.

How Mike Clesceri Is Winning the War Against Broken Drives