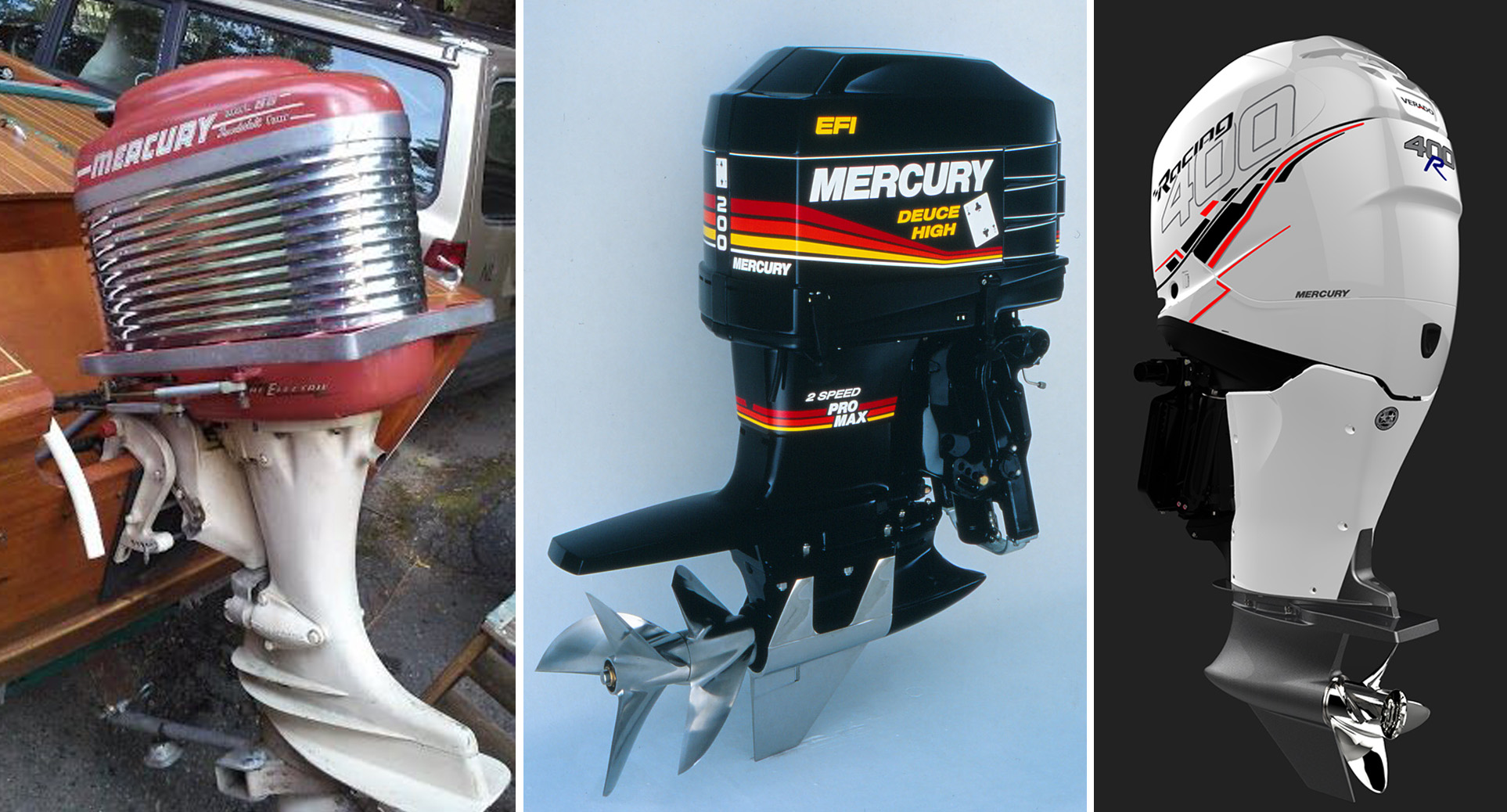 Mercury Marine will celebrate its 80th anniversary throughout 2019, reflecting on its strong heritage of innovation and leadership in the marine industry.

On Jan. 22, 1939, E. Carl Kiekhaefer purchased a bankrupt engine manufacturing plant in Cedarburg, WI. Now, 80 years later, the business that emerged from those modest beginnings, Mercury Marine, is a company with 7,000 global employees that is heralded as the world’s leading manufacturer of marine propulsion systems, as well as marine parts and accessories.

“80 years ago, Carl Kiekhaefer had a vision for Mercury and that was based around product innovation and technology—and it’s that vision that built the foundation for us to continue to innovate today, said company President John Pfeifer. “Mercury has come a long way over the past eight decades because of the hard work and dedication of everyone who has been a part of our journey.  While the past 80 years have been fantastic, we are looking forward to continued growth over the next 80 years and celebrating throughout 2019 with everyone that has made our success possible.”

Rick Mackie of Mercury Racing told Powerboat Nation that the advancements made just in his time at the company have been nothing short of extraordinary. “From carbureted two-stroke engines to electronic fuel injection and digital throttle and shifting, these were big advancements,” he said. “Then, of course, the move to low emissions, which was part of governmental regulations. In 1996, we went from the ‘dirty two-strokes,’ as we called them, to the low-emissions four-stroke outboards and direct-injection two-stroke OptiMax technology. Later, the Verado outboard, was a game-changer. On the stern-drive side, the evolution of the Quad-Cam, 4-valve (QC4) engine revolutionized that market with a combination of high horsepower and durability of the valve train. And then the M8 drive was another great innovation, with its robust internal drive components, dry-sumped for maximum efficiency and power output and an all-new lower gearcase.”

Mackie acknowledges that outboard power has become “the new ruler of the roost today, because they’re so darn good, with their power-to-weight and reliability. The our new V8 outboards offer a whole new platform to build on.”

Mercury, a division of Brunswick Corporation (NYSE: BC), has invested more than $1 billion globally since 2008 into the expansion of research, development and manufacturing capabilities.  In 2018, Mercury successfully launched its largest engine platform in its 80-year history with 19 new four-stroke outboard engines covering the 175-300hp range in both V6 and V8.  The global launches of this engine platform, both in February and May, we heralded in the marine industry and featured in national publications around the world.

Mercury will celebrate its 80th anniversary throughout the year and showcase some of its strong heritage during the 2019 boat show season.

“We have a lot to be thankful for and a lot to celebrate,” said Pfeifer. “I’m looking forward to sharing those celebrations around the world.  2019 will be yet another exciting year with more innovations to introduce.”