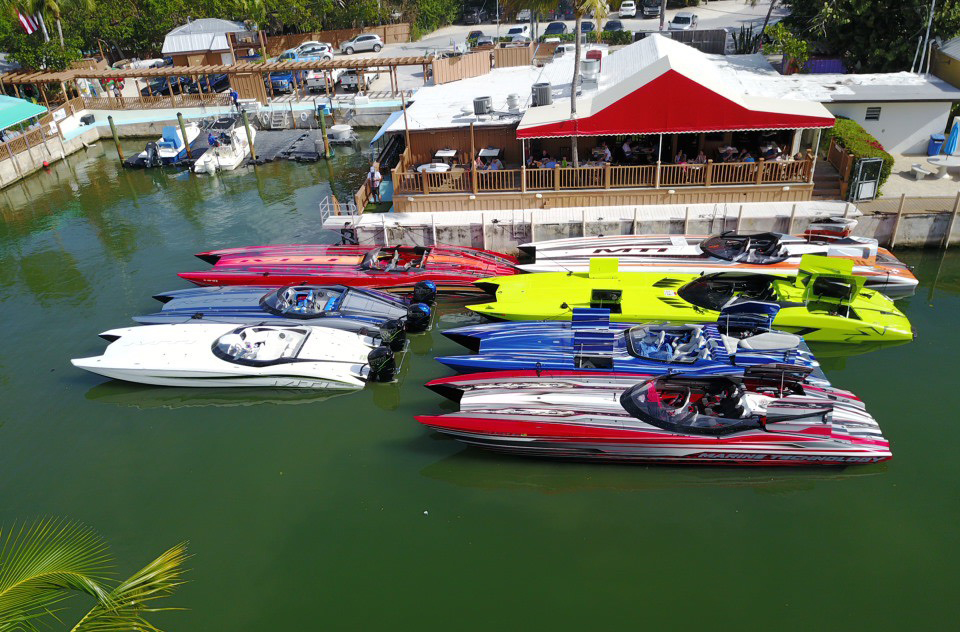 Marine Technology Inc. (MTI) of Wentzville, MO, hosted a dozen boats for a pre-New Year’s Day fun run lasting two days through the Florida Keys, with most boats departing this morning (Tuesday, Jan. 1). Along for the ride were MTI owner Randy Scism and MTI Sales & Marketing chief Tim Gallagher. The event gathered a nice array of its customer’s rides, including:

• Mark and Jennifer Schouten in their ElGato Patron 43’ cat.

In addition, Paul Reddish had his 340X out for his maiden voyage.

Most of these boats are stored at MTI’s facility at Haulover Marine Center, located in North Miami as part of the company’s White Glove program. Each day, the boats would depart from North Miami and head south. “We just bopped around, had lunch at a couple different places. We wound up at a sandbar one day,” Gallagher says.

MTI’s next event is its main annual owner’s rally in March. “I’ve got 40 boats signed up for that already,” Gallagher says. “That’s going to be a real handful.” Boats will leave Haulover Marine and travel for four days through the Florida Keys.

Before that, though, MTI will be displaying boats at the Miami International Boat Show (Feb. 14-18), where it will show off a new 34’ company demo boat (to replace the familiar red model), a 42V, a new 48’ for a repeat customer and a 57XSF center-console fishing boat. 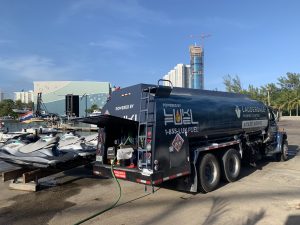 MTI brought in Luc Fuel to help them keep fresh 93 octane in the boats. Special thanks to Rich and Don from Luc Fuel. 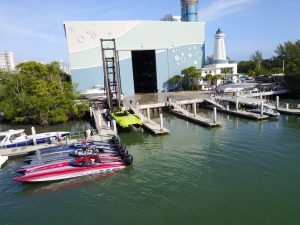 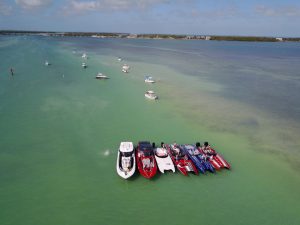 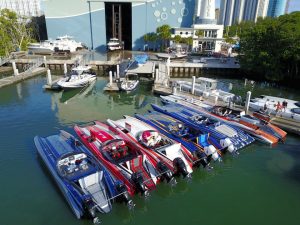 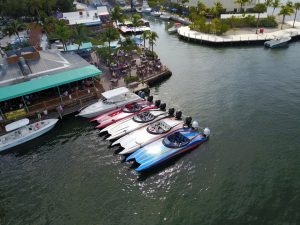 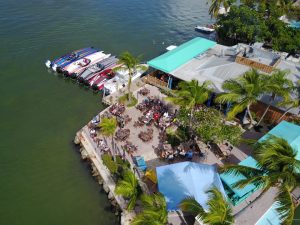 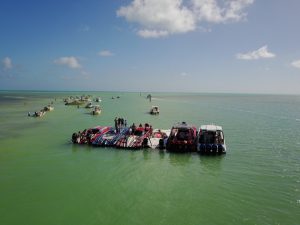