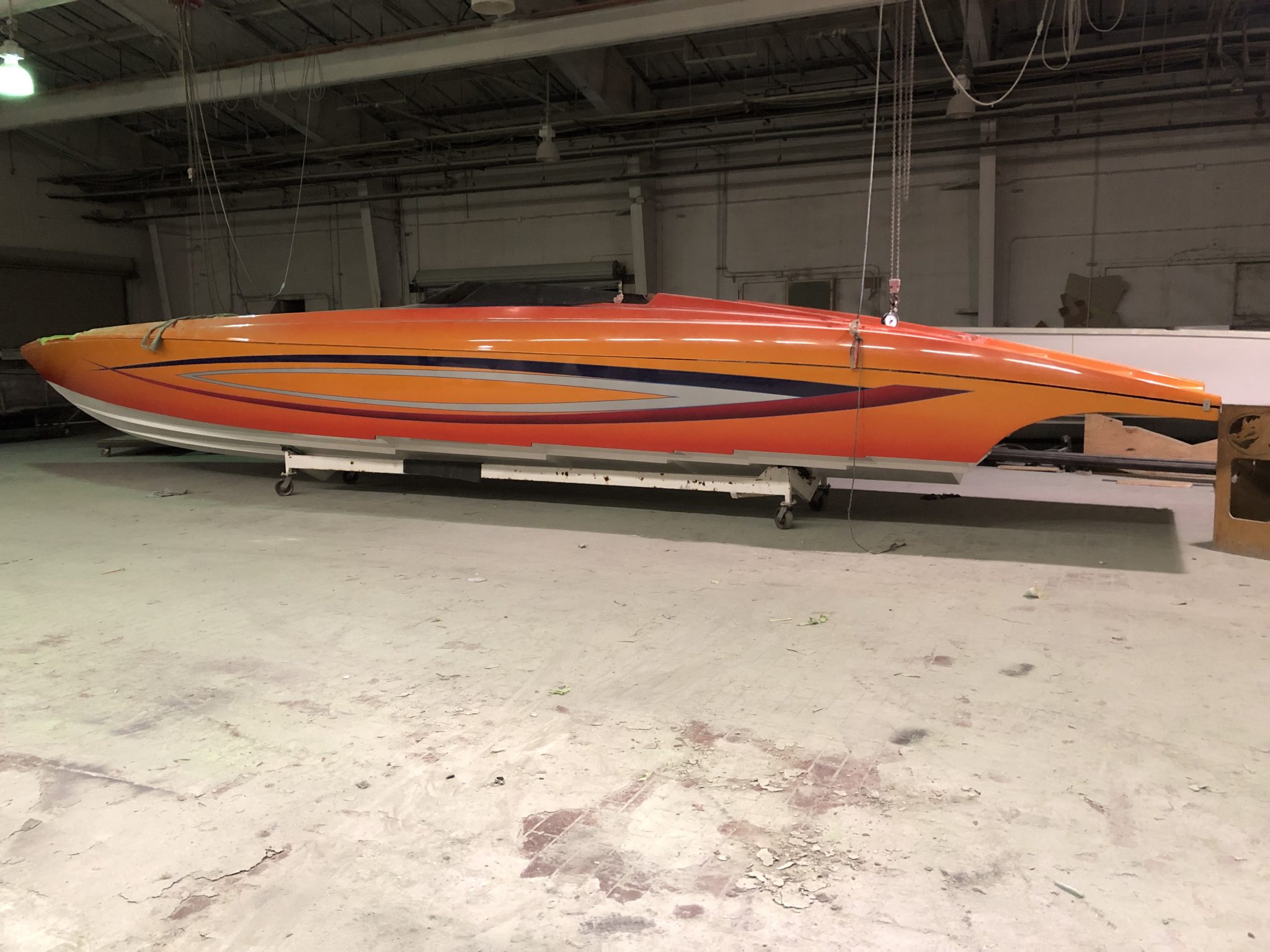 General manager Thane Tiemer told Powerboat Nation that the new 48’ Poker Run has been a year in the making, with the first three already sold—one of which is for company president Randy Davis. Tiemer said the boat will be powered by Mercury Racing 1100 engines with M6 drives.

Tiemer said that Nordic Boats owner Randy Davis, along with two of his friends, wanted to own fully gel-coated vee bottoms in the 46 to 50 range. “We had our 39, which ran amazing,” Tiemer says. “So after I designed that one, I based the new 48’ off of that bottom. It’s got a full to-the-water bustle, the whole nine yards.” (Nordic’s 39 Poker Run features a pair of 700 SCis, yielding a top speed of 110 mph. IMCO Marine owns one of the Nordic 39s.)

The first 48’ Poker Run out of the mold (pictured above) was originally earmarked as Davis’s personal boat. “But that might change because one of our customers is all over it,” Tiemer chuckles. He said the new model will feature 100% composite construction with carbon Kevlar, all gelcoat, with a cabin sporting cabinets, sink area and cupboards all coming out of a one-piece mold. “No seams and no joining, no nothing,” he says.

The 48 will also feature T-top doors in the front of the deck. “So when you park on the beach, you press a button from outside of the boat and they’ll lift up,” Tiemer says. “Then you can pull out all your lawn chairs and stuff instead of carrying everything from the back of the boat. There’s easy access onto the deck from the dash. There’s hidden bimini top that’s all tucked away, a flushable head, and so much more. It’s fully loaded.”

The 48’ models that are currently being built will also feature a “beach door” on the side of the boat, similar to the ones built into the Hallett 40-footers built by Nordic in recent years. “They’ll be electric, not the mechanical,” he says. “This boat will have a button you push, and the door will slide open.” 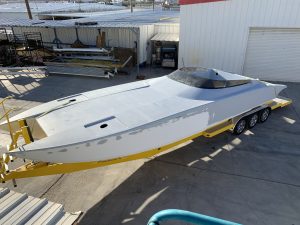 In addition to the 48’ Poker Run, Nordic is completing work on its 31-foot Flat Deck catamaran (see photo above). The boat will be powered by twin outboards—Mercury Racing 400R or 450R motors—and will fill a gap between Nordic’s 28’ and 35’ catamarans. Both boats are expected to be shown at the upcoming Los Angeles Boat Show.

Meanwhile, Tiemer said Nordic’s long-rumored center console model is “already well under way,” and in the works for more than six months,” he says. “That’s our next boat.” It’s expected to be the next model added to the builder’s stable, and measure between 36 and 38 feet.