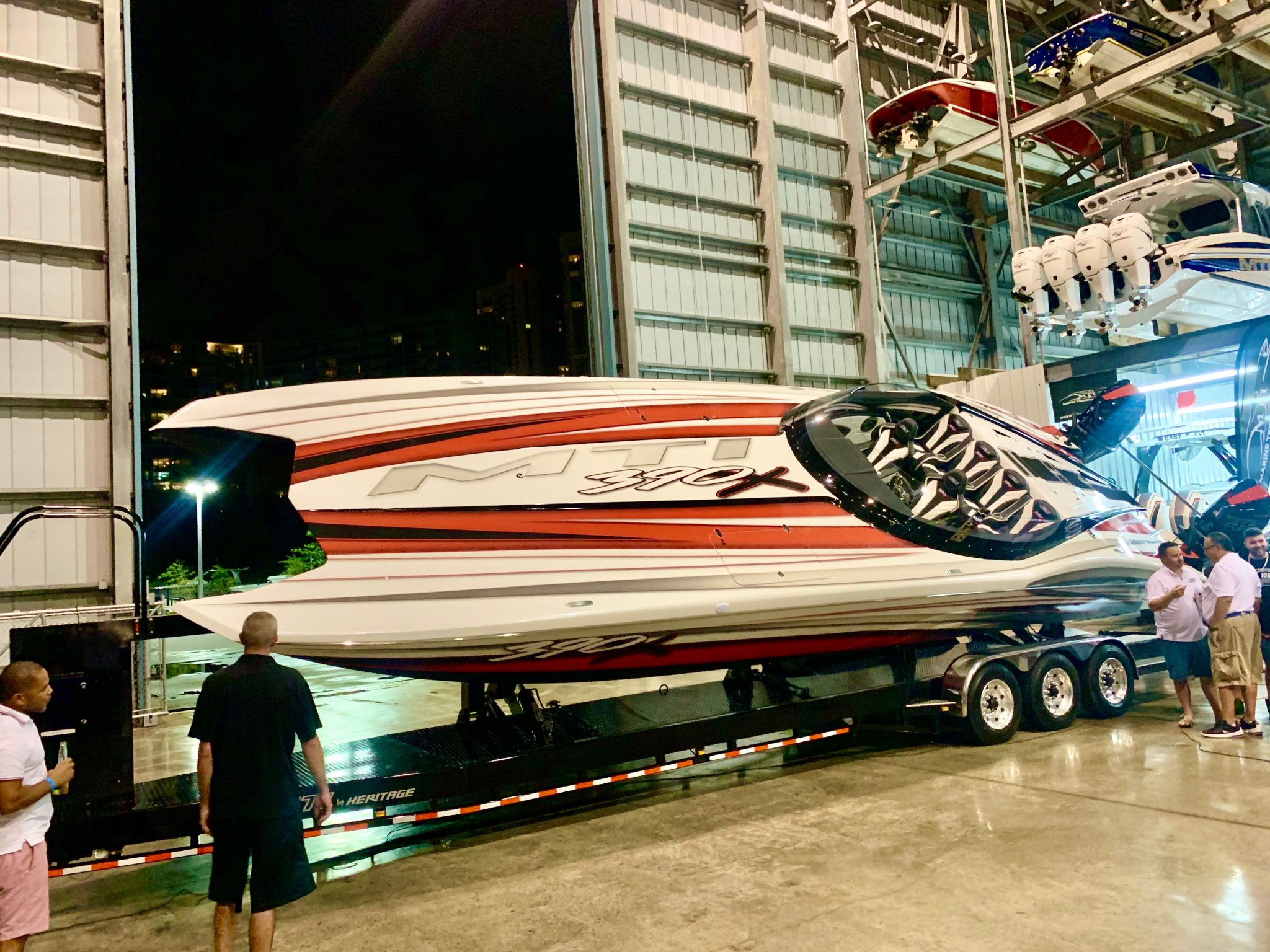 The new release was part of a special gathering at Haulover Marine, the 180-acre marina located in North Miami Beach that serves as a satellite sales office for MTI that includes a 500-boat drystack facility. MTI invited dealers and journalists from across the country to witness the unveiling of the 390X, a super-sized version of MTI’s 340X outboard cat. Debuting at the 2017 Miami International Boat Show, the 340X has become a popular model at poker runs from coast to coast; company owner Randy Scism and his daughter Taylor Scism have been driving the boat at the Lake of the Ozarks Shootout since its release.

“We did all new tooling and molds on this new boat, and it worked out great, Randy Scism told Powerboat Nation at the event. “It’s not a cut and stretch. Everything we did was to improve what we thought was the best deal there.”

The event, which featured the first 390X out of the mold being unveiled, culminated in an impromptu bidding war. “One of my customers conned me into putting it up for auction so we could have some fun, and somebody bought it for $700K,” he said. “So I’ve gotta start over. But I’ve got more to come!”

MTI sales manager Tom Stuart said the builder’s original plans were to create a 38-footer to bridge the gap between MTI’s 34 and 43 catamarans. These plans didn’t change until the 11th hour, when the team decided to create a 39-footer.

Measuring 39’4”, the 390X sports a 10’6” beam and weighs in at around 6,000 lbs. It was crafted using all-new CNC molds with integrated steps up the back; it features a fuel capacity of 150 gallons, seating for six and is powered by twin Mercury Racing 450R outboards. The boat was in-water tested at Lake X, Mercury Racing’s testing facility.

Check out this gallery of images of the boat under construction, and in the water! 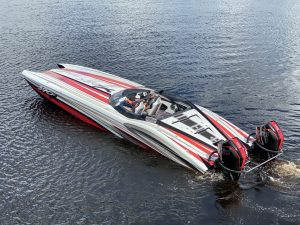