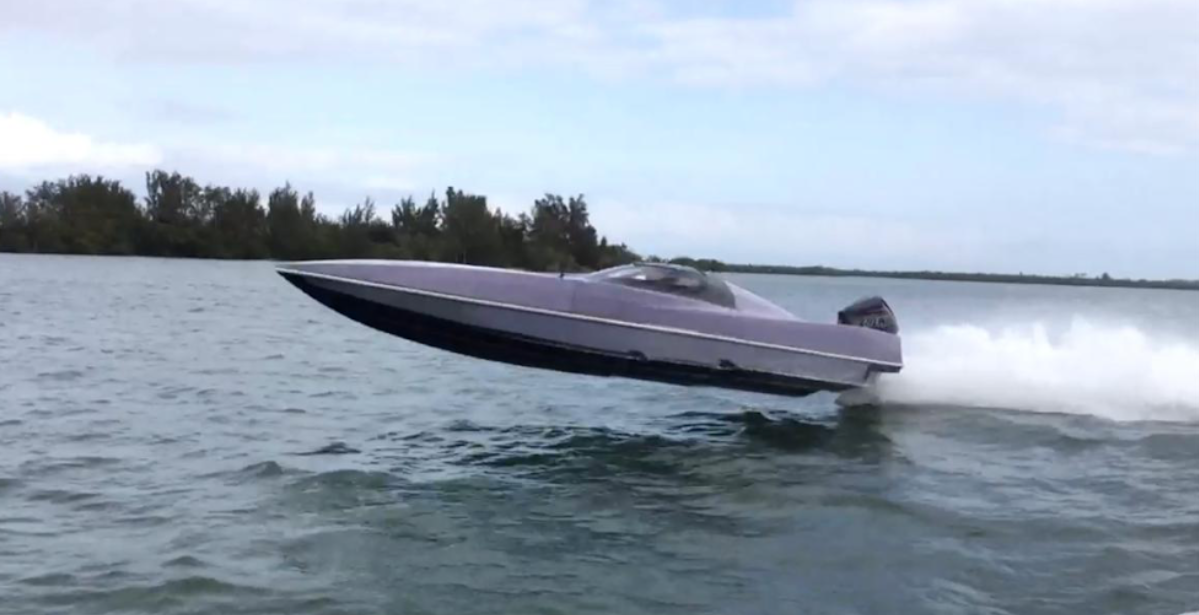 The upgrading of the P1 Panther powerboat, which is at the heart of the P1 SuperStock one-design race series, is in full swing, and the focus has now moved to carrying out an extensive and rigorous testing program initially in lake conditions in Florida and then on the challenging waters of the Atlantic.

After the P1 fleet was fitted with new carbon hulls a year ago, the announcement came last June that the boats were to repower in 2019 with the new Mercury Racing 4.6L V-8 four-stroke 300R outboards. P1 then unveiled plans to revolutionize the championship and attract a new set of racers by converting the Panther to a canopy race boat.

In early, unofficial testing, the Panther was clocked at 80 mph, prompting former champion racer Craig Wilson from Wilson Custom Composites—who are building the boat—to say: “It’s quick and nimble, and going to be an amazing boat that should reach 85 mph once we’ve found the optimum configuration of balance and prop.”

Keen to get reactions to the look of the boat with its new canopy (which has been designed to UIM specifications), P1 put the Panther on display at St. Cloud in central Florida at the end of March and invited members of the powerboat racing community—including multiple world champion Steve Curtis and experienced SuperStock racers Craig and Cynthia Belfatto—to get up close and personal. P1 chief executive Azam Rangoonwala was delighted with the comments and said, “Our aim is quite simply to harness advanced technology and materials to produce a high-speed racing work of art. The 2019 Panther will look sleek and stylish but maintain the character of the original deck design.”

The principal objectives of the upgrade program are to improve the race performance of the boats, enhance safety on the water and attract new racers to the series. Whilst the work progresses, the race crews and safety team will be undergoing specialized training and certification that includes “dunker tests.”

Two Panthers are now out of the mold, and a third is currently in the mold. “Powerboat P1 is leapfrogging the marine industry by having the most technically advanced, full safety canopy system and interior available” Wilson said. Testing will continue throughout April.