Kenny Mungle, owner of Team GONE AGAIN, has officially announced the purchase of the 2010 Stihl 388 Skater from JR Noble.

“We are extremely excited about the 388. The type of events we will be able to participate in will not be limited to shootouts as we were in the 32.”

After Mungle and his teammate Lee Lockwood turned down the 368 Skater they had planned to purchase from Ron Szolak due to unfavorable sea trials, they began focusing on finding an alternate boat that would satisfy their requirements wholly.

A completely spur-of-the-moment decision, the team’s eye fell on the Stihl 388 Skater entirely by chance.

“We were driving through the Florida panhandle, heading back home to Texas, when I mentioned the Stihl boat… jokingly,” said Lee Lockwood, “The next thing I know, we’ve made a u-turn on Interstate 10 and are heading back east to go check it out.” 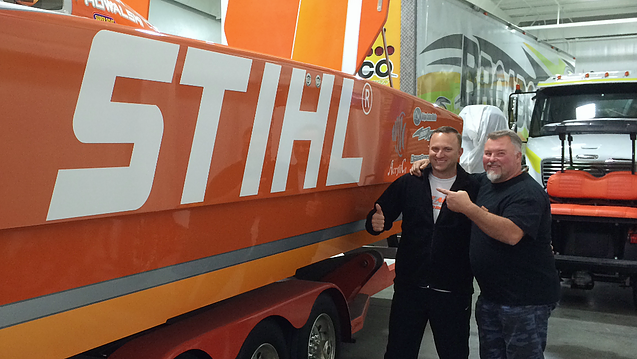 Shortly after this first meeting, a sea trial date was set and discussions between Mungle and Noble became all the more serious. Team GONE AGAIN met with throttleman Grant Bruggerman and proceeded to run the boat on East Lake (Tohopekaliga) near Orlando, FL. Mungle couldn’t believe how well the boat performed and handled exclaiming, “Wow, just wow… the boat performs amazing!”

The 388 is a monster of a Skater, currently powered by twin Scorpion Racing Engines (Super Cat Spec) pushing approximately 750HP each she can achieve speeds up to 140 MPH or so. However, Mungle has made it clear that the current power won’t be enough when it comes to the shootout speeds that they hope to achieve so in the meantime they plan on possibly participating in some offshore races for a few seasons before putting some big power in her to really bump up her numbers. 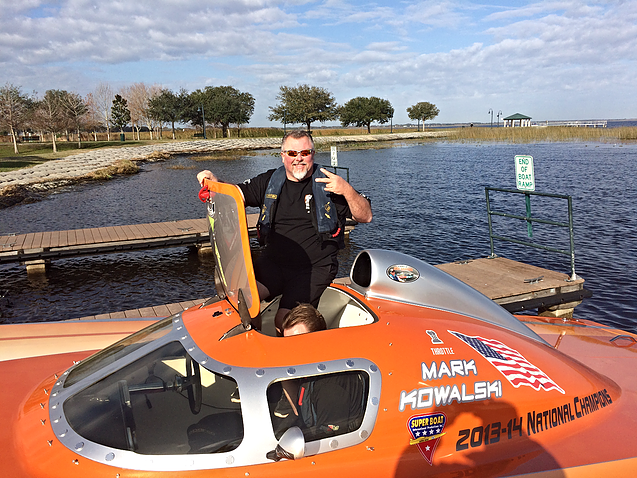 “No matter what, we are still going to be running the 32′ at all shootout events,” adds Lockwood, “and the 388 will be there with us as well for fans to see.”

“Just like the 32′ GONE AGAIN boat, the Stihl 388 has such a great history and a huge following. With the recent passing of JR, owning this boat brings on an even greater level of honor. We will carry on the legacy that JR, Grant, and his team started with this boat,” says Mungle, “I’m a very lucky man, with a very understanding wife. We have a top notch group of people that make up Team GONE AGAIN, this is just the beginning of what we hope is a lot more to come!”