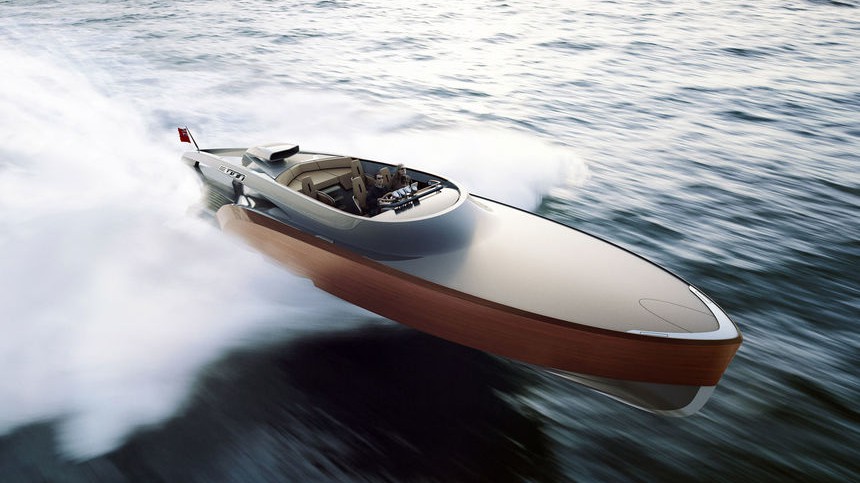 THe 48-foot Aeroboat, designed by Claydon Reeves and Laurent Giles, and built by Green Marine is modeled after the high performance British WWII Fighter, the Spitfire.

The Aeroboat, of which only 10 are set for production, boasts a supercharged Rolls-Royce Merlin V12 that reaches a horsepower output in excess of 2,500 HP, pushing the boat to speeds as fast as 75 knots. Other contributing factors that elevate the boats performance come in the form of a lightweight construction design composed of carbon fiber, Kevlar, and wood veneers.

The revolutionary cockpit can set four to seven people and the forward seats utilize a shock-mounted design inspired by the Spitfire’s landing gear to give the passenger’s a smooth ride. True to form, the design team has managed to seamlessly combine both analog and touchscreen controls to give it that modern, yet vintage feel, and the throttle is being described as “joystick inspired.” We can only guess as to what that may entail.

We’re looking forward to seeing the first full production model which may arrive as soon as early 2017.