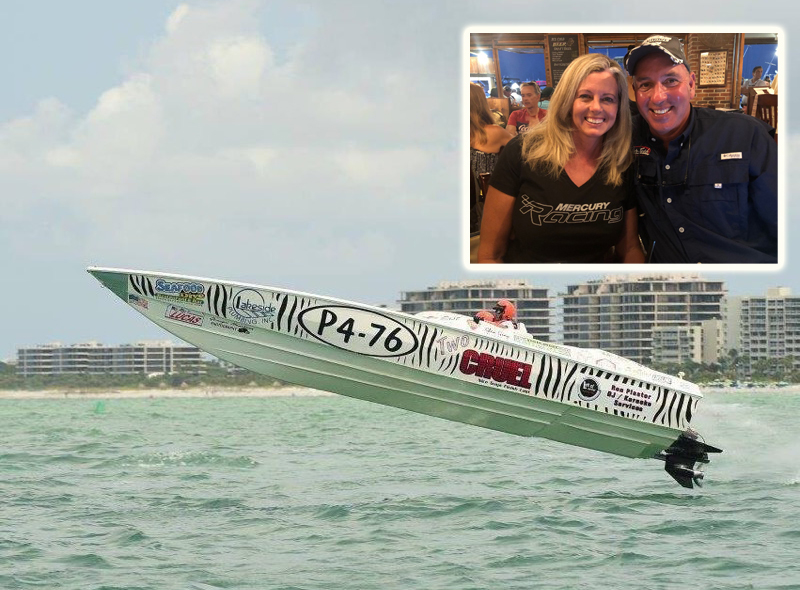 If there’s one thing that’s sadly lacking in the sport of offshore racing, it’s females behind the wheel and at the throttles of boats. At Powerboat Nation, we fondly recall the career of the legendary Betty Cook (1923-1990), the world champion racer and Motorsports Hall of Fame of America member. She won a total of 17 races, and was the recipient of two world championships in the 1970s. Cook was also the first woman to win the powerboat world championship in sport dominated by men.

That’s part of what makes Two Cruel’s World Championship in Production 4 class particularly meaningful. During the team’s three days of racing last weekend, the first two were executed with the utmost skill and efficiency with Cynthia Belfatto at the throttles—culminating in second- and first-place finishes, respectively. (Her husband, Craig Belfatto, took the win on Sunday with Daniel A. Racz, the owner/driver of the 30’ Phantom, and grabbing the World Championship for the team.)

Speaking to Powerboat Nation during the Worlds, Cynthia—who runs the Twin Dolphin Marina on the Manatee River in Bradenton, FL—was quick to give husband Craig credit for bringing her into the speedboat racing fold. “It’s basically all his fault,” she laughs. “I was into sailboat racing before I met Craig, and actually lived on a sailboat for about seven years. But I’ve always loved speed, and always followed NHRA and drag racing. So when I met Craig, it just made sense for us to race together. When we first started dating, we had nine boats between us! I had a sailboat and he had a 36′ Concept, and we just shared a love for the water.”

When the pair met Martin Sanborn at the Miami International Boat Show, he got them interested in the P1 racing series, and in short order, they had racked up 44 races between them. Now that the couple are racing with Racz and part of the competition in Key West, the excitement has definitely reached all-new levels.

“Wednesday was kind of rough,” Cynthia admits. “We didn’t get a great start, and ended up taking second. It was not where we wanted to be, but it was good. Friday was a different story. We got an awesome start.” Making their win all the sweeter was the fact that Friday was Cynthia’s birthday—which led to extreme celebrations that evening.

Although Cynthia was not the only female racing in Key West—Lindsey Denooyer raced with her father James in the new 30’ Doug Wright entry Killer Bee in Superboat Stock class—offshore racing could desperately use a shot of the distaff element so make the gender balance a little more equal. “I think there should be more ladies in the sport, for sure,” Cynthia says. “Someone came up to us in the pit and said, ‘You’re just like Betty Cook.’ I was very honored by that.” 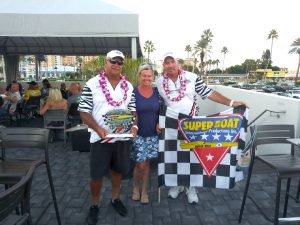