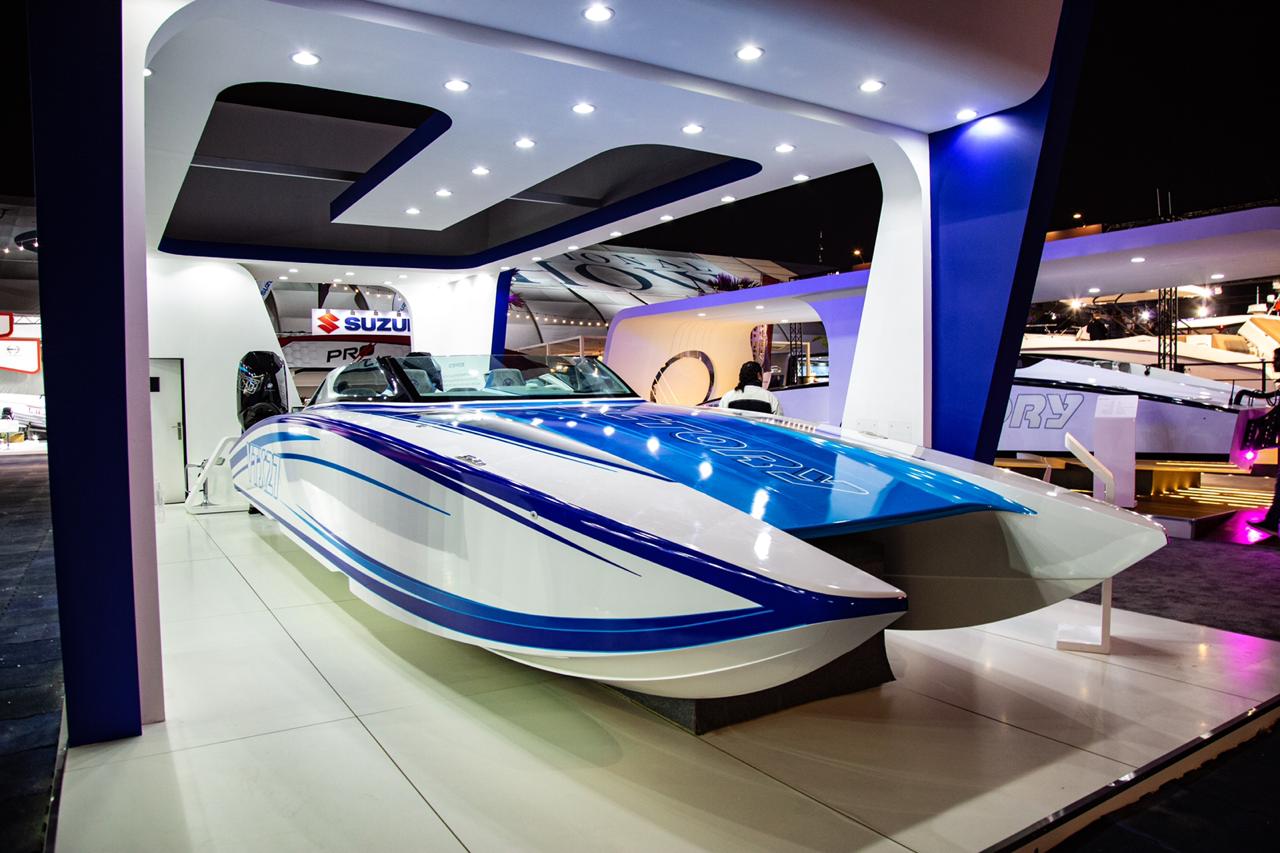 The 2019 edition of the show—held at a brand-new facility along the Dubai Water Canal in Jumeirah—ran for five days and attracted more than 800 companies and associations from around the world.

The high-profile debut of the VTX and Pro Cat were among the show’s most exciting, as Victory’s hulls have become forces to reckon with in racing in the United States and abroad. Buyers in the USA are used to seeing the 32’ and 40’ Victory hulls raced in offshore competition; World Champion Gary Ballough recently took delivery of his brand-new 32′ Victory that he plans to campaign during the 2019 season.

But the new Victory hulls are slightly scaled-down; they can be built in sizes ranging from 27′ to 29’, and in both open-cockpit and closed-canopy configurations. In creating this new boat, Victory drew from its 30 years of experience and innovation in powerboat racing. According to Victory Team reps, the Pro Cat is being aimed directly at the younger generation.

“We want more young faces in our sport, and one of the best ways to appeal to them is to give them a truly world-class experience through the launch of the Pro Cat,” said HE Huraiz Al Murr Bin Huraiz, chairman of Victory Team. “Pro Cat” is an abbreviated version of “Professional Catamaran,” and is designed to inspire younger and smaller race teams to hop into the powerboat racing field.

Typical power on the 27′ VTX and Pro Cat hulls will be twin Mercury Racing 300R outboards.

The boats will be sold in both the United Arab Emirates and the United States; the first dealer is FB Marine Group of Pompano Beach, FL.