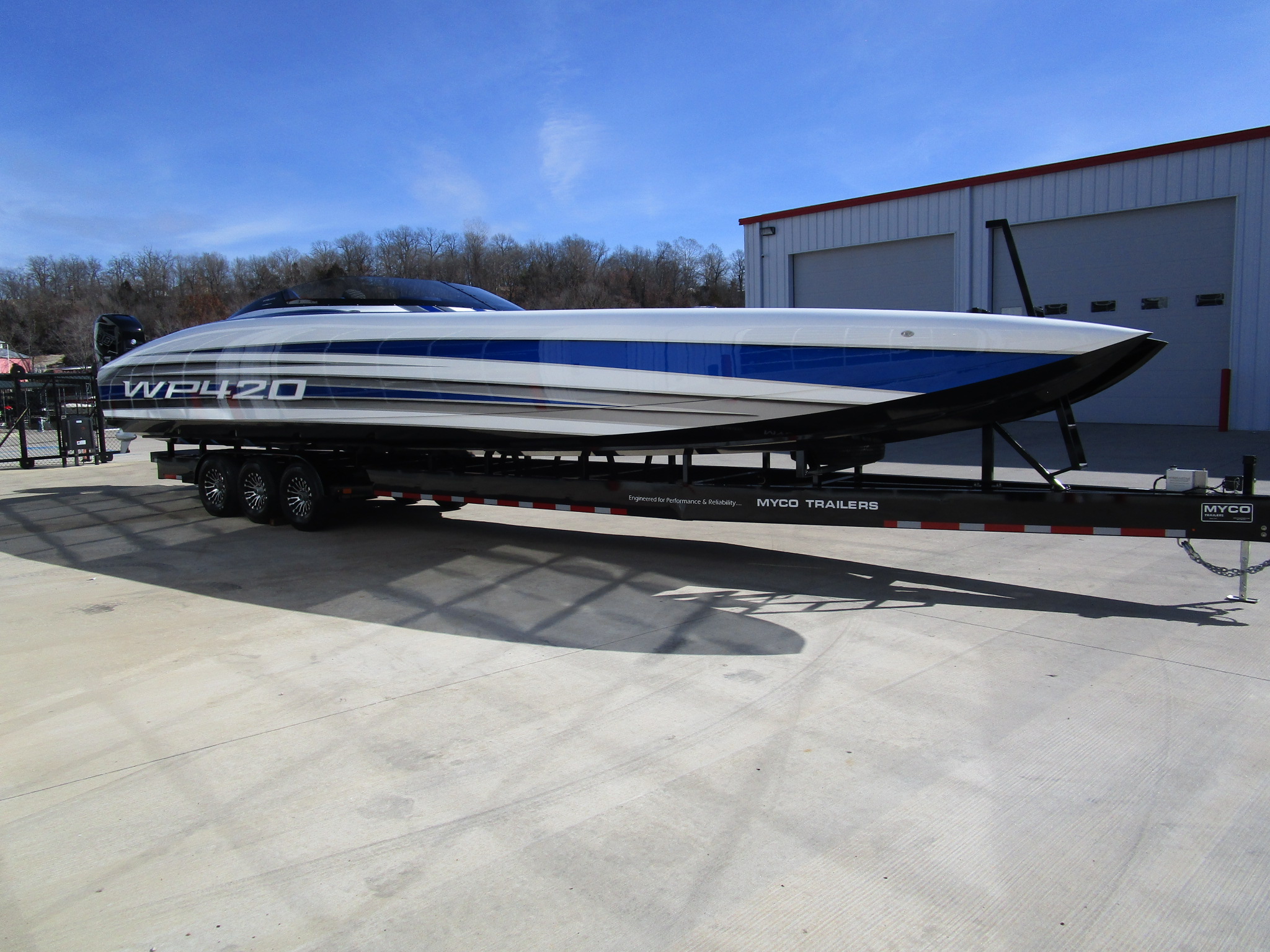 Performance Boat Center of Osage Beach, MO, the retailer that collaborated with Doug Wright Designs on the Wright Performance 360 catamaran, will officially debut their latest creation at this week’s Miami International Boat Show.

According to PBC co-owner Brett Manire, the new Wright Performance 420 is receiving some finishing touches prior to Miami’s opening on Feb. 14. “We were honored to be asked to have a boat in the Mercury Racing test booth, so I want to make sure that we debuted a spectacular piece,” Manire told Powerboat Nation. “This 420 is just an amazing machine. I think we’ve hit it out of the park.”

The 420 that showgoers will see is hull number one. It is 11 percent bigger in all aspects than the 360, with the exception of the tunnel. Performance Boat Center stayed with a conservative 66” tunnel to provide a high safety factor; the boat is said to ride completely flat. “We didn’t overcompensate with a big tunnel,” Manire says. “We’re still able to get good speeds out of it.” Manire said the boat has been tested at 116 mph as powered by twin Mercury Racing 400R Verado outboards.

For the boat show, PBC will demo the boat in a “Sport Setup” mode that Manire describes as “a relaxing Escalade ride” between 100 and 110 mph with no porpoise whatsoever. “We’ll be able to give people a nice heavy-duty, solid, secure ride that’s comfortable, easy to get on plane and displays good water pressure in the turns.”

In addition, PBC will offer a special “3 Plus 3” warranty at the boat show. Says Manire: “To get this kind of a warranty on a boat that goes over 110 mph is practically unheard of.”

Manire says that although this first 420 was originally built as a demo boat, a customer lobbied to purchase it, so it has already been sold. “I’m currently working with another customer to build hull number two, and we’ll be taking deposits for future orders.”

Speedboat Magazine will be testing the 420 at the Miami Show, so look for a review in the magazine later this year! 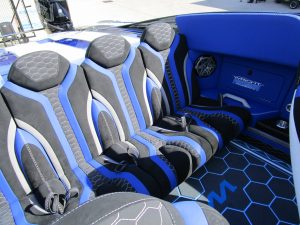 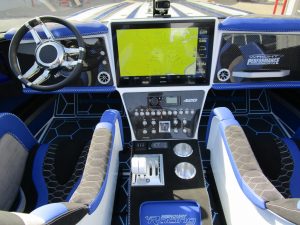 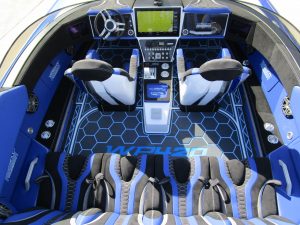 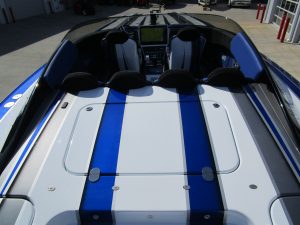 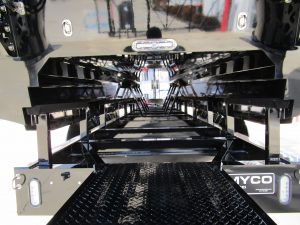 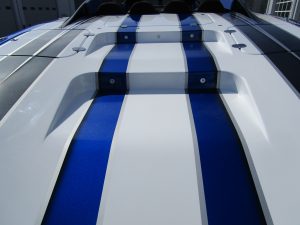 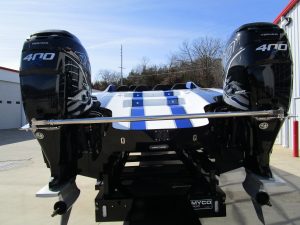 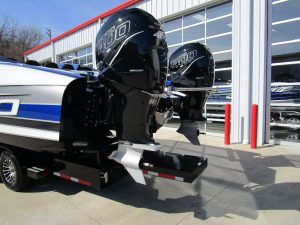 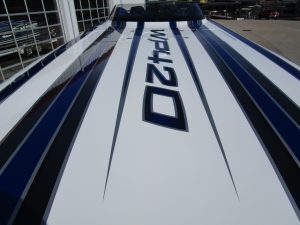 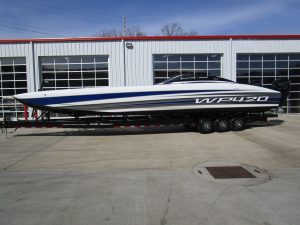