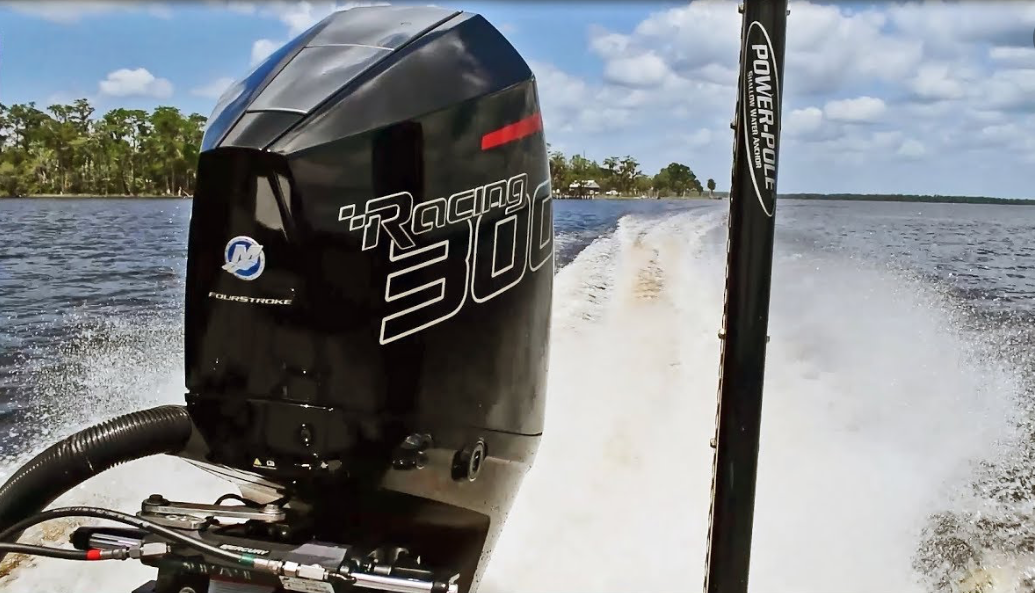 This week, Fond du Lac, WI-based Mercury Marine has been hosting marine journalists from around the country (including Powerboat Nation) in Orlando, FL, providing them with a sneak preview of its 2019 product introductions and strategies. That includes new engine introductions from Mercury Racing, which recently debuted its new 300R FourStroke outboard, a naturally aspirated 4.6L V-8 that provides a 44% increase in displacement and up to 40% higher overall bottom-end torque than the legacy two-stroke 300XS it replaces.

Attending journalists have agreed to abide by an embargo on releasing other product details until their release at the Miami International Boat Show, Feb. 14-18.

Around 50 writers and editors from marine-related print magazines and websites from around the globe have been enjoying one-on-one interactions with the likes of Mercury Marine President John C. Pfeifer, General Manager Stuart Halley, Product Development & Engineering Vice President Tim Reid and others. Mercury representatives took questions from the journalists and offered boat rides on Lake X, the 1,440-acre body of water purchased in 1957 by Mercury Marine founder Carl Kiekhaefer and used as a test facility for the company’s products.

At the press event, Pfeifer spoke of various technological, engineering and analytical challenges faced by Mercury Marine, and their overwhelming successes providing high-quality products to the marine industry.