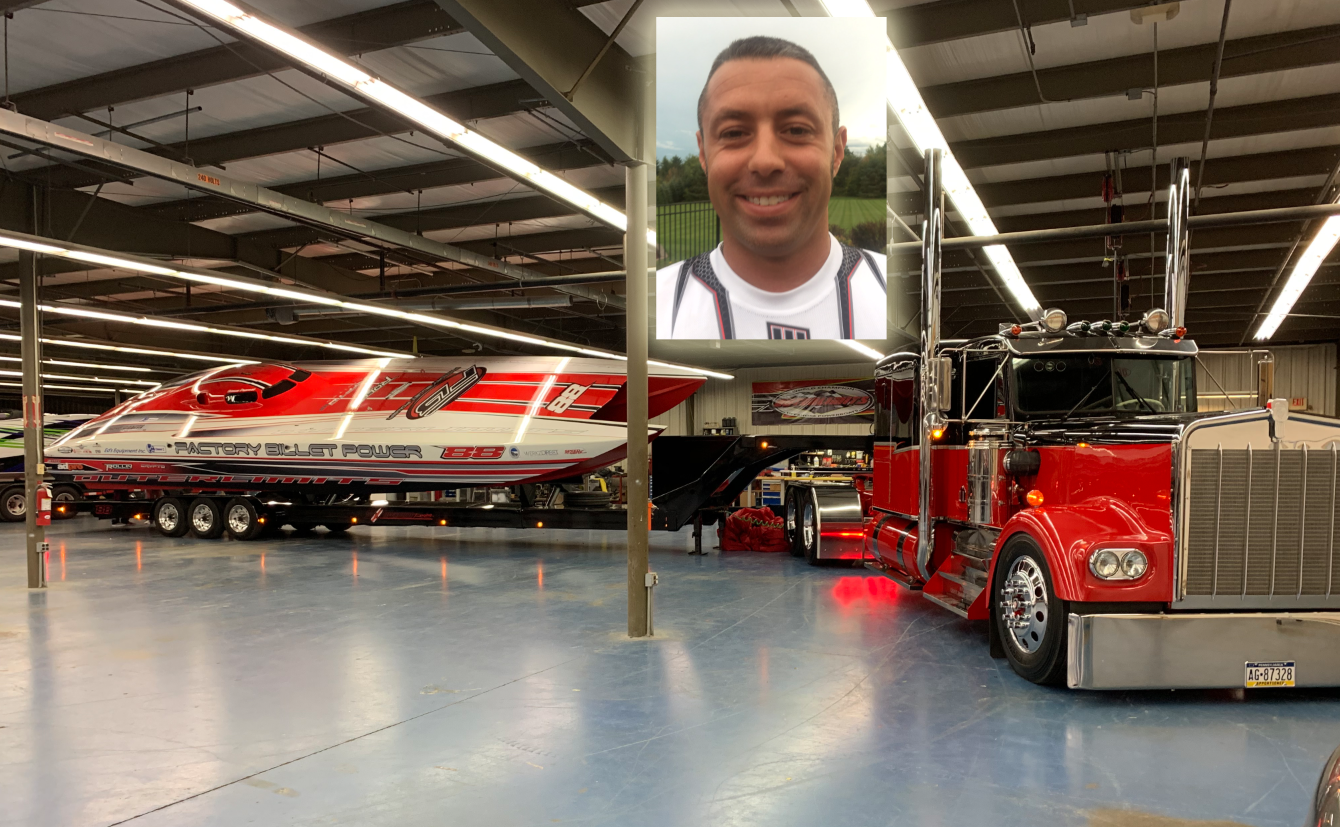 Offshore racing is teeming with competitors who just can’t get enough time in the cockpit. These racers typically pull “double duty,” jumping out of a boat in one class and right into another in a different class. The current OPA lineup features many of them: Jay Muller, Myrick Coil, Rusty Williams, Brit Lilly, Kevin Smith, Mike McColgan, Robert Bryant, Jim Simmons, Chris Reindl, Billy Shipley and Chad Woody have all been pulling double-duty this season.

Now comes word that another racer is going to be piloting two boats. Throttleman Vinnie Diorio, who races the 29’ Outerlimits vee hull Marker 17 Marine in SVX class with driver Brian Forehand, has purchased a new 39’ Outerlimits catamaran to race in SuperCat class. The boat will be powered by naturally aspirated 750-hp engines built by Mike Faucher of Factory Billet (Lake Zurich, IL).

“I just want to move up to a more competitive class,” Diorio told Powerboat Nation. “Racing in SVX class is crazy exciting, but I want to race a bigger boat, and to race a cat.” He adds: “I have very minimal experience with cats. I’m a vee bottom guy.”

Diorio has gone in as a partner on the new 39’ Outerlimits cat with Simon Prevost, and the two plan to start getting seat time as soon as the boat has been rigged. Diorio debuted the boat at Outerlimits Offshore Powerboats‘ Factory Fun Run this weekend, and they’re planning to kick off their catamaran career during Race World Offshore’s 11th Annual Clearwater Hooters Offshore Nationals Sept. 27-29. Although they plan to participate in OPA’s remaining Super Cat bouts this season as well—starting with the OPA National Championships meet in Fort Myers, FL—they know they won’t be able to earn enough points to take the title. “We’re just trying to get some seat time this year,” he says, “so that when we start racing next year, we’ll be competitive.”

Piloting Marker 17 Marine in SVX class, Diorio and Forehand won at the Lake of the Ozarks, and followed that up with back-to-back second-place finishes in St. Clair, MI, and Michigan City, IN. Now, in the big Outerlimits, Diorio will square off against Super Cat heavy-hitters like Performance Boat Center, WHM Motorsports, Pro-Floors Racing, M-CON and AMH Motorsports.

Diorio, 39, lives in Richfield, WI, and is the owner of a trucking company. Prevost owns an automotive business in Montreal, Quebec, Canada. 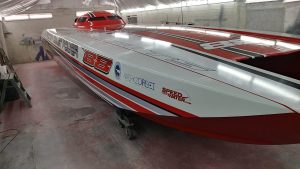 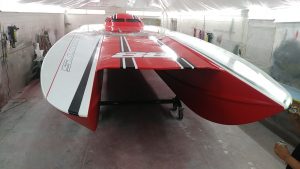 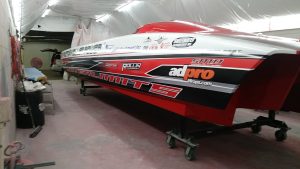 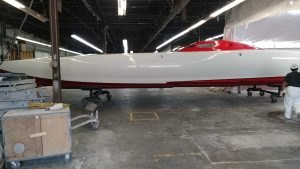