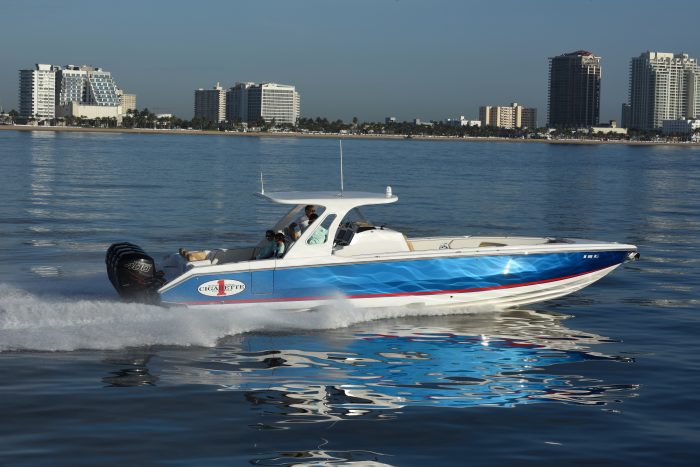 Even as Stu Jones tackles the logistics of organizing the upcoming Key West Poker Run—held during Superboat Offshore World Championships in November—he is also preparing to take his Florida Powerboat Club to the Bahamas on Sept. 28-30.

“It’s the shortest and easiest Bahamas trip to do,” says Jones of the Fall Bimini Blast, which originates in Fort Lauderdale. “It’s the shortest distance, from there and back, of any other poker run we do. So it makes it easy for those who just want to see what it’s like to go to the Bahamas. It’s only about 60 miles to Bimini, and then another 60 miles back. It’s a very easy trip to do.”

The poker run is one of the very last runs offered by FPC, because rough December seas are right around the corner, and they make offshore trips of this kind unnavigable. “It’s kind of a last-chance opportunity to go to Bimini,” Jones says. “Otherwise, you’ll have to wait until the following summer.”

As of Friday, Sept. 14, there were only about a dozen boats signed up to participate in the Bimini Blast. “So far, it doesn’t seem like it’s going to be a big event,” Jones says. “It’s hard to get people rallied in the fall, but we do it every year now and it’s fun to do. We’re there for three days—over on Friday, and we come home Sunday afternoon.”

The gang will stay at Resorts World Bimini, a Hilton Resort that comprises a resort, casino and marina. “It’s a very luxurious resort,” Jones says. “It’s new, it’s super modern and a lot of fun, with floating docks and a really huge pool. It’s a fun place to hang out.”

During their stay, participants will have time to make mini-runs around the islands. “We don’t have to go very far—one thing that’s great about Bimini is that there’s a lot to do.” Among the cool things to see is a famous shipwreck, the SS Sapona cargo steamer that ran aground during a hurricane in 1926. “What’s cool about it is that you don’t even have to scuba dive, because half of the ship is below water and half is above,” Jones explains.

Just south of the shipwreck is an area known as Honeymoon Harbor, a beautiful cove with white sand. “It’s infested with stingrays that are very docile, and they love to get fed, so we hand-feed them from our Solo cups,” Jones says.

Yet another fun excursion is to head up to North Beach, one of the prettiest beaches you’ll find in the Bahamas. The entire north side of the island features one long beach that extends for about a mile and a half. “We just park our boats in the sand and have a little cocktail party on the beach,” Jones says. “It’s tremendous fun.”

For more information about the Bimini Blast, click here.

@tommygunimages capturing the magic of the Florida

Shout out to @svictor_photography for capturing a