MTI owners spent Saturday–an off-racing day in Key West—making a “fun run” to grab lunch on Stock Island, escorted by company owner Randy Scism and his daughter Taylor Scism, who is part of the company’s Sales and Marketing team.

About 16 MTIs embarked at 10 a.m. to run in a “big loop” to Stock Island, which amounted to 48 miles and back. They landed at Oceans Edge Key West Resort Hotel & Marina for a big buffet-style meal.

“It’s really good,” Taylor said of the cuisine. “It’s the first time I’ve been here, but [MTI Sales and Marketing manager] Tim Gallagher stayed here earlier this year and recommended it. They’ve been great—they’ve worked with us on getting everything set up on short notice. There’s a pool, and everyone’s happy, enjoying the shade and the water. It’s a wonderful venue.”

Taylor and her dad acted as driver and throttleman in the red 340X they piloted during the Lake of the Ozarks Shootout to 116 mph earlier this year. Several of the boats on the Fun Run had traveled to Key West on Stu Jones’ Key West Poker Run. Among the MTIs on the lunch run were a pair of MTI-V 57 center consoles, including one owned by longtime MTI customer Richard Bennett that was displayed at the recent Fort Lauderdale International Boat Show. Also participating was the 52’ Lamborghini-inspired catamaran, as well as models owned by Fred Revis and Dennis Raia. “There’s actually a pretty good spread of cats and center consoles in both pleasure and fish versions,” Taylor says. 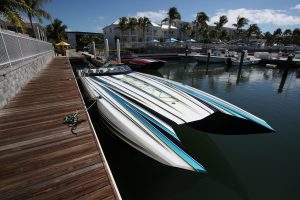 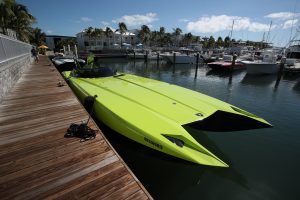 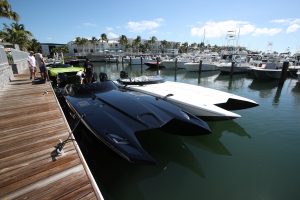 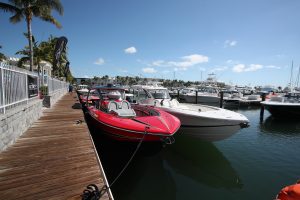 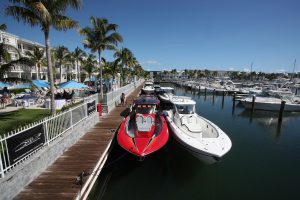 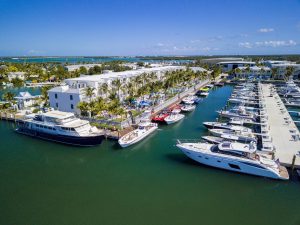 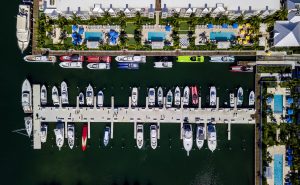 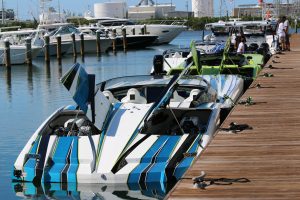 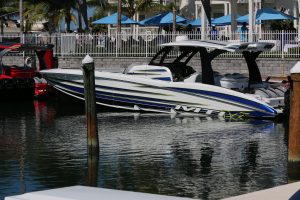 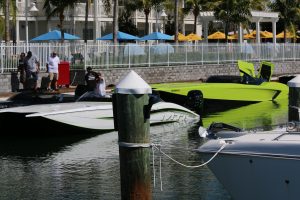 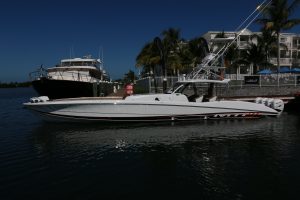 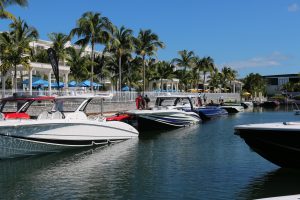 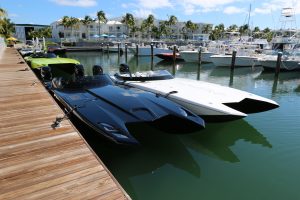 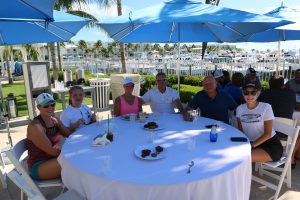 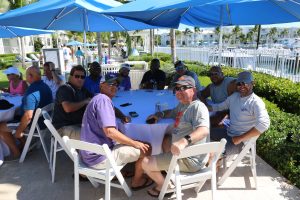 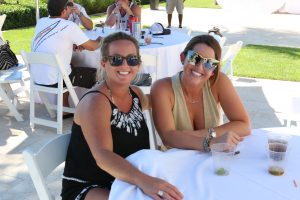 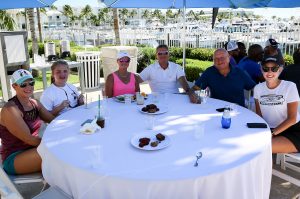 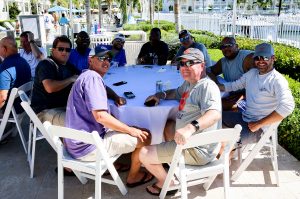 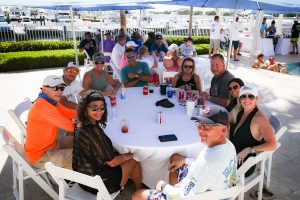