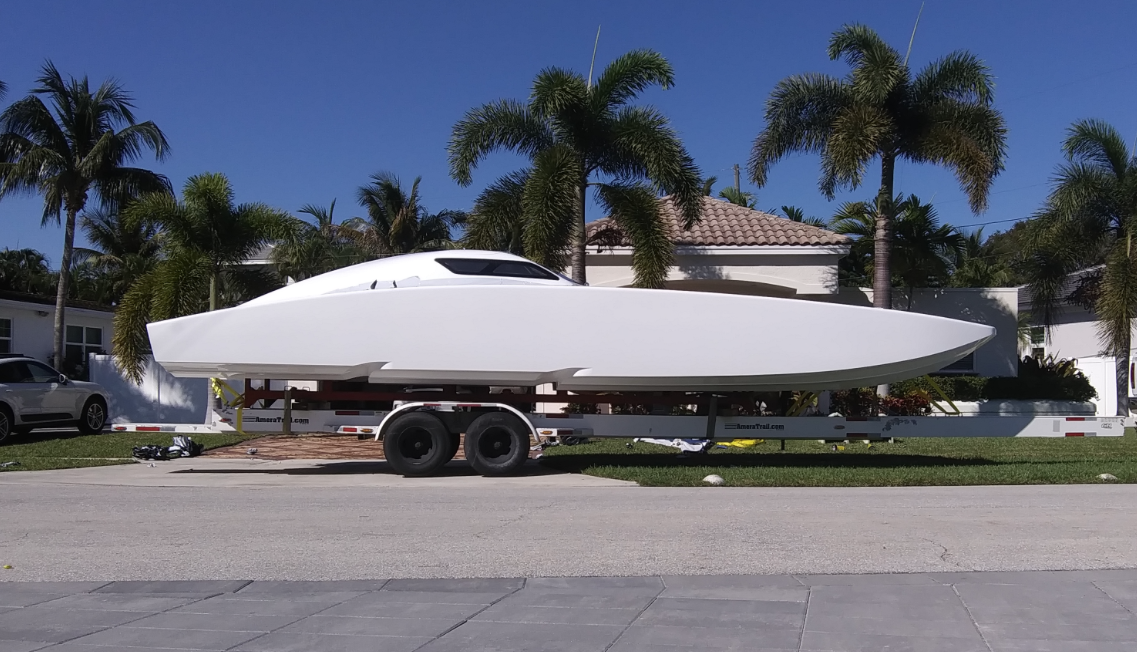 Gary Ballough, the World Champion offshore driver and throttleman of FJ Propeller and numerous other boats, has just taken delivery of his brand-new 32′ Victory. Ballough’s all-carbon-fiber 32′ was shipped from Dubai to the USA, where he plans to race it on the OPA circuit when the 2019 season kicks off May 17-19 in Cocoa Beach, FL. The boat will be primarily driven by Jimmie Harrison and throttled by Ballough.

Like his previous hull, a 32′ Doug Wright, the Victory will be campaigned as FJ Propeller (an abbreviation of Frank & Jimmie’s, the Fort Lauderdale, FL-based propeller shop).

One of powerboating’s winningest and most enduring champions, Ballough picked up the boat near his home in Jacksonville, FL, this week, and immediately began removing the shrink wrap and spending the next hour admiring the great work Victory did on the hull. He will take it to TNT Custom Marine (North Miami, FL) on Monday, March 25, to have it rigged and powered by twin Mercury Racing 300XS Optimax outboards, the required powerplant for his offshore class, Super Stock.

“I couldn’t be happier,” Ballough told Powerboat Nation of the new boat, adding that his class will eventually upgrade the 300XS motors to Mercury Racing’s new 300Rs. “The 300XS outboards have the direct fuel injection, and they’re fantastic,” he says. “Right now we’re having a lot of fun with this motor, because it’s wonderful. Racers in our class are allowed to make some modifications to make it stronger and race worthy—we’re able to put a 15 inch midsection on it and change the cowlings if we want to. We make them equivalent to the 280-hp outboards as far as the strength.”

He says he’ll also be installing the STR X-ACT outboard brackets fabricated by Shaun Torrente Racing, which Ballough has endorsed since its original release. “He builds a fantastic product,” he says.

The Victory hulls are built in Dubai at a government-owned facility known as Victory Team. “They have a factory that is second to none—they’ve got a propeller shop, transmission shop, motor shop, machine shop, welding, paint, fiberglass, rigging. There’s nothing that they can’t do to facilitate anything that they need. They build it in house. When it’s made at Victory, it’s something that’s better than you can buy anywhere else.” 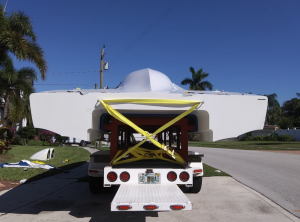 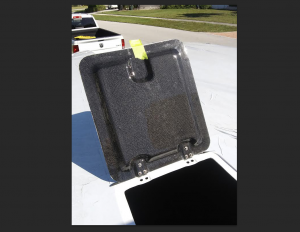 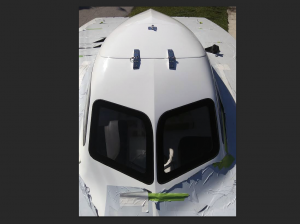 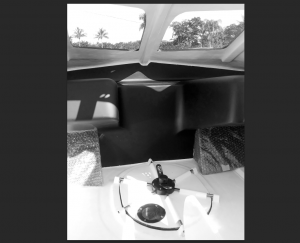 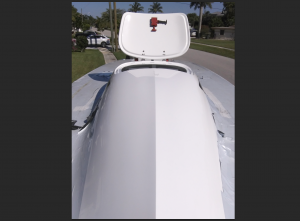